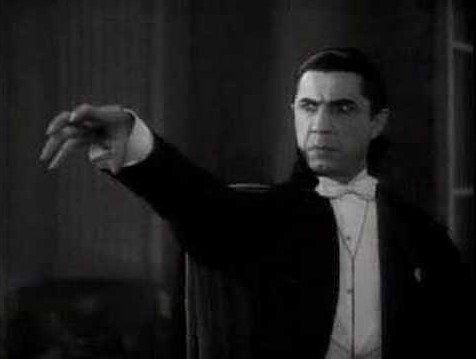 In a dank and mouldering castle overlooking a town of cowering peasants in an Eastern European nation resides a character known to many as the king of vampires – Dracula. Birthed from Bram Stoker’s imagination and based on Romanian ruler Vlad III aka Vlad Dracula, aka Vlad the Impaler, Dracula has graced the silver screen in countless incarnations since 1931 (though there were a few versions in the silent era). While there have been other memorable bloodsuckers in numerous horror films (in the 90s, you couldn’t throw a stone without hitting a vampire flick), Dracula, in my book at least, is and always will be the very best.

When we speak of the lord of the undead, it’s impossible to talk about his characterizations on-screen without starting with the most well-known (and arguably, the best) incarnation of the Count – Bela Lugosi. With an accent that sounded perfect for the character and a subtly imposing figure (Lugosi stood 6’1), Bela’s Dracula was an ideal blend of menace and culture, piercing stares and Victorian courtesy. What made Lugosi’s Dracula stand out from the rest of the Universal Monsters lineup was his seeming humanity and awareness. He wasn’t a shambling collection of parts like Frankenstein, a bestial nightmare like the Wolfman or even the crazed depravity of the Invisible Man; he was a cultured, well-educated creature who you actually carry a conversation with. Mind you, that conversation would ultimately lead to if you would allow him to bite your neck or maybe join his brides – not a pleasant thought, but you can’t have everything, right?

We next turn to possibly the clearest contender to Lugosi’s hold on Dracula – Christopher Lee. Gracing the screen far more times than Lugosi in the role (Bela only played his most famous role twice), Lee brought the same level of menace to the role as Lugosi did, but with an added sexual undertone. While some may read that subtext in Lugosi’s stalking of Mina and Lucy, it’s far more blatantly apparent in Lee’s portrayal of the Count. Also, while Lugosi was quite eloquent and genteel in his characterizations of Dracula, Lee was often stoic and silent, allowing his eyes and the expression on his face to show the audience the roiling emotions below the surface of his quiet demeanour. Some would say that Lee’s Dracula is far more dangerous than Lugosi’s, and I don’t disagree – due to Lee’s preying of the uptight and repressed Victorian society of England, his victims seem far more willing to join the dark side with Dracula. Without a doubt, though, if there is a contender to Lugosi’s crown, it is Lee.

One of my favourite characterizations of Dracula is in the movie Monster Squad. What you may think is a cheesy 80s teen comedy, Duncan Regehr is damn near perfect as the Count. His red-eyed glares and bared fangs make him one of the more overt portrayals of the role – I can’t remember Lugosi exposing his fangs, and Lee would show his subtly without showmanship. Regehr is over-the-top, though, and it makes for more obvious danger. He also blows up a children’s treehouse (with the memorable line, “Meeting adjourned” before doing so), and he pretty much takes an entire police squad out and does so casually, without taking his eyes off his intended target. Regehr’s Dracula has the perfect look for the role, and the Canadian’s portrayal of the undead legend is noteworthy in both its obvious menace and charming, casual cruelty.

I can’t write a post about Dracula without including Gary Oldman’s turn at the role in Bram Stoker’s Dracula, helmed by Francis Ford Coppola. Here, we see more of a merge between the legend of Vlad III and the traditional roles, with Dracula becoming a member of the undead after blaspheming God after his wife dies. Where Lee was more subtle in his sexual undercurrents in the part of Dracula, with the bite taking the place of traditional love-making penetration, Oldman’s Dracula is wildly carnal, including an attack on Mina where he’s literally humping her in beast form. While I was not a fan of the overblown aspects of the character (including his ridiculous hairstyle at the beginning of the movie and removing the subtlety from the other Dracula films), Oldman is still a skilled artist who embraces the extremes of the role, shown perfectly in his seduction of Winona Ryder’s Mina.

So, there you have it, a glimpse into some of the actors who have brought the famed literary vampire to life. Many more actors have taken their turns at the roles and many more to come, which is just a testimony to the lasting appeal of the character. Few would not put the Count of the Dark at or near the top of the list in the pantheon of horror legends.