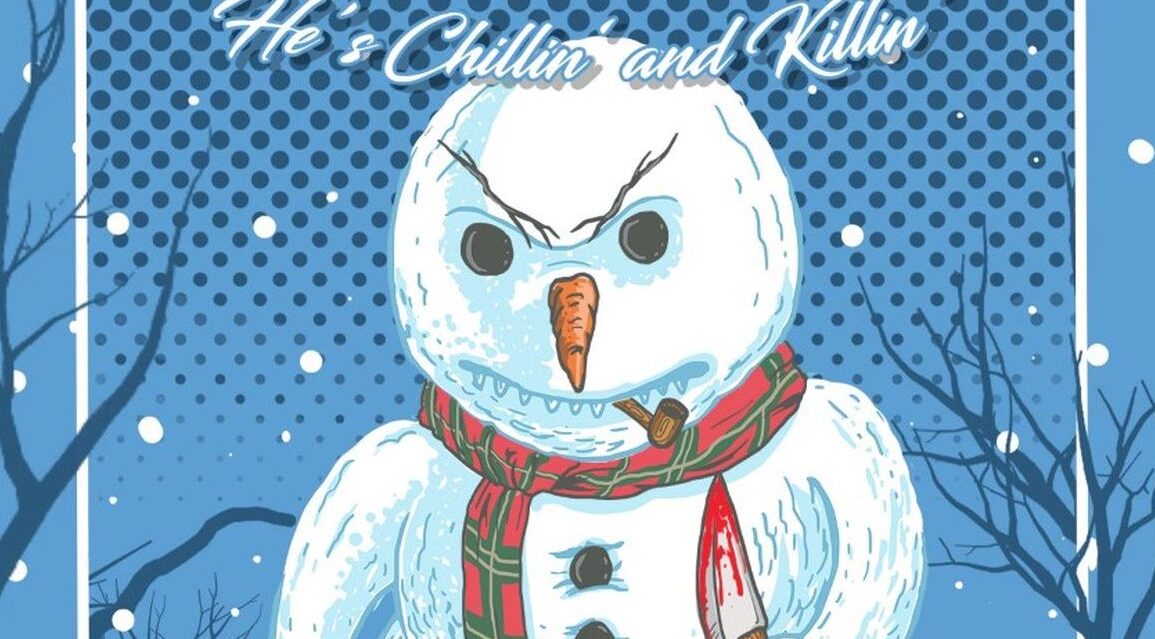 I’m a sucker for seasonal slashers and horror films, and while this one is not one of the better ones I’ve seen, it’s still oddly appealing.

A serial killer’s soul gets transferred to some snow, which transforms him into a killer snowman!

On the way to his execution, notorious serial killer Jack Frost (Scott MacDonald) gets a lucky break when the transport vehicle he’s being transported in crashes into a truck filled with a strange, experimental chemical compound on a wintry road at Christmas-time. Something totally unexpected happens: Jack’s body melts from the goo but his essence and spirit transfers into the snow, transforming him into a monstrous, mobile snowman! In a nearby town (Big Bear, California), the cop who originally caught Jack is informed that his worst nightmare has come to pass: Jack Frost has disappeared and might very well be headed to town to get his revenge! The scientists who created the dangerous science slop scramble to get a footing in what will become a series of unexplainable slaughters with no clues, and the authorities are powerless to what seems to be underway: A killer snowman is on the loose! When there are witnesses to some of the slayings, they stammer and have difficulty explaining what they saw, and yet indeed there is no arguing that Jack Frost has taken on a strange, impossible new form and can’t be stopped (although hair dryers work for a while). When a kid figures out that antifreeze actually disintegrates Jack’s form, the town prepares to trap the serial killer snowman and give it the ultimate bath … in antifreeze!

As silly as its premise promises, Jack Frost offers a few hoots and hollers and at least one or two standout moments (a bizarre snowman rape of a woman in a bathtub raises the eyebrows) make this one a cult movie for sure, but I never took it seriously for a moment. The special effects are conspicuously tacky (the snowman suit doesn’t look like ice, it looks like a foam suit), but I think that’s part of the movie’s lopsided charm. MacDonald plays the villain pretty well, and a supporting appearance by Shannon Elizabeth before she was in American Pie helps (she’s the rape victim). I’m a sucker for seasonal slashers and horror films, and while this one is not one of the better ones I’ve seen, it’s still oddly appealing. From writer / director Michael Cooney.

MVD Rewind Collection has just released Jack Frost and Jack Frost 2 to Blu-ray in fully loaded editions. The picture quality is quite strong in a restored 2K transfer, and the bonus features are aplenty.