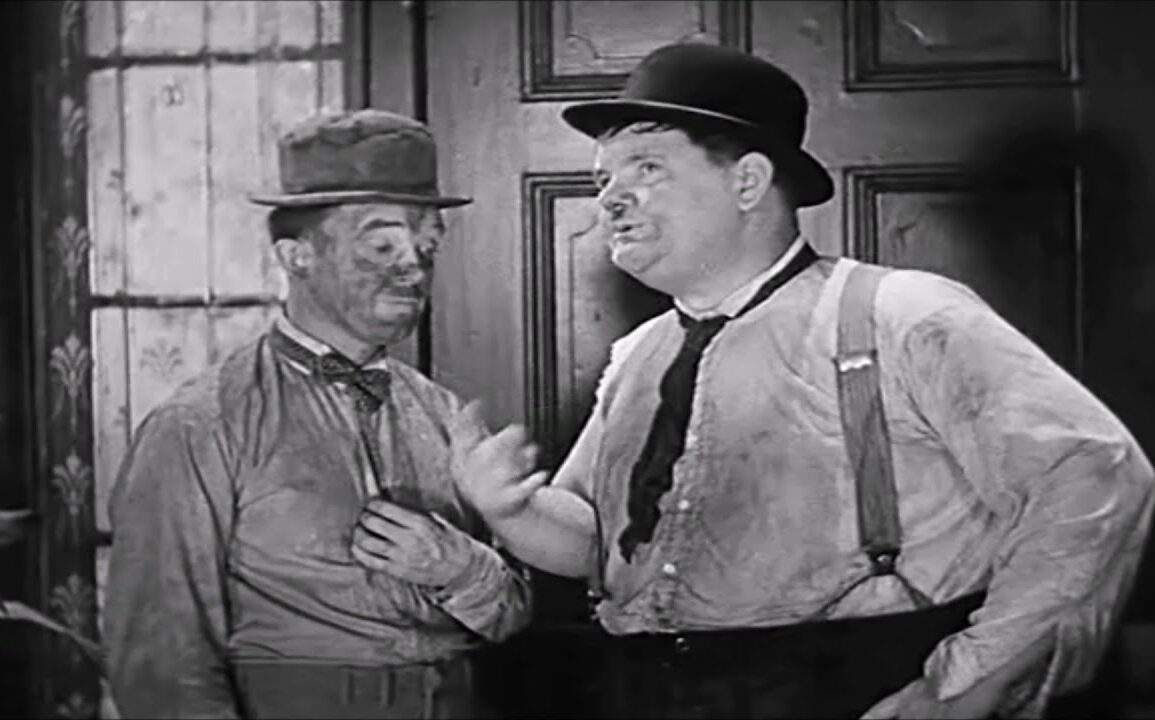 Legends of Comedy: Laurel and Hardy

What people may not know about Laurel and Hardy is, they didn’t really make a lot of movies. A glance at their filmography on the IMDB would show the word “Short” used a lot – in total, they appeared in only 27 full-length sound films of their total 106 credits (thank you Wikipedia!) Many of these films are from the thirties and forties and have only been re-distributed after a noteworthy restoration process.

Despite their somewhat limited film careers, Arthur Stanley Jefferson and Oliver Norvell Hardy were undoubtedly legends of comedy. Thrown together to produce shorts in 1927, the rotund Hardy, who had bounced around numerous productions, and the thin Laurel, a gagman and director at Roach Studios, were an instant hit with audiences. Not only were they physically different, but they were also the perfect foils for each other. Hardy was the practical and pragmatic character who was constantly the recipient of whatever bad results took place due to Laurel’s actions. Laurel was the somewhat clueless and hapless role who unintentionally bungled things up to Hardy’s chagrin. It was a basic comedy formula that exhibited staying power for the duo from the time of silent shorts all the way to the talkies.

I really haven’t seen any of their earlier work, and despite purchasing a recent release of their “definitive” restorations, I’m not all that familiar with their films o shorts. Laurel and Hardy, though, like all other comedy legends, transcend their movies – just the visual silhouettes or a fat man and a thin man will remind folks of the duo.  I remember catching a hilarious scene featuring them where they’re sitting around a table enjoying a beer. A payphone rings near the table, and Hardy tells Laurel to answer it. He stands up, walks to the phone, picks up the receiver and, after a couple of beats, says, “It sure is,” and hangs up. When Hardy asks Laurel what that was about, he says that someone is having a practical joke, as they said when he answered the phone, “It’s a long-distance from Atlanta, Georgia,” and he Laurel confirmed it was.  It’s a simple joke about miscommunication, but I recall just bursting out laughing when I watched it.

The only film of theirs that I watched was March of the Wooden Soldiers (which is otherwise known as “Babes in Toyland”). It’s a favourite of my father’s, who has made it a tradition to watch the movie every Christmas morning while the rest of us sleep in. It’s a charming little film drawn a lot from children’s fairy tales.  If anyone wants to find out the style of a Laurel and Hardy comedy, this is the movie to watch. Hardy suffers a few pratfalls (including getting dunked in a pond), there’s some miscommunication (memorably about Laurel mixing up an order for, you guessed it, wooden soldiers), and even Hardy getting a chance to prey on Laurel’s naivety and convince him that he’ll have to marry the villain of the story just because he impersonated the bride-to-be.

In the era of classic comedic teams, like Abbott and Costello or The Marx Brothers, Laurel and Hardy stand out for the perfection of their teamwork and their simple yet effective comedic routines. While maybe not boasting the library of films that some of the other comedic legends can claim, the duo were beloved comedic icons, and with the restoration of their shorts and films, their brand of comedy can be enjoyed by audiences for the coming years.