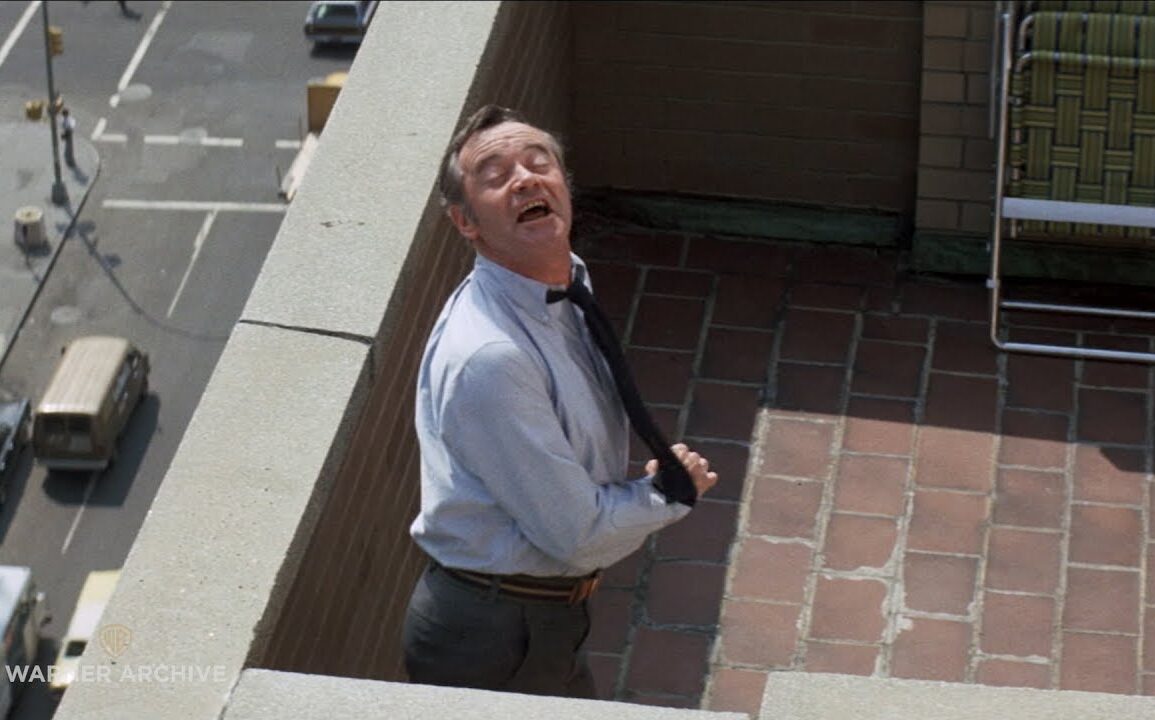 Some legends of comedy were known strictly for that genre. Then there are actors who were not only comedy legends but should be considered legends of film in general.  To that list, I would add John Uhler Lemmon III. While he is best known for his comedic roles, Lemmon appeared as the star of serious films as well, including Days of Wine, Save the Tiger (which he won an Academy Award for), Airport ’77 and Glengarry Glen Ross.

Yet, 20 years after his passing, Lemmon’s shadow across the comedy landscape looms large. Known for his long association with Walter Matthau and Billy Wilder, Lemmon excelled at the role of the urban professional who unwittingly (and usually unwillingly) got dragged into situations beyond his control that were ridiculous. While he did go outside that type (such as his legendary role in Some Like it Hot or his villainous turn in The Great Race), whenever I think of Jack Lemmon, he’s the guy he’s the straight-arrow character surrounded by absurdity.

Take Good Neighbor Sam, for example. Playing an advertising executive looking to get ahead, his mundane, yet pleasant suburban life is turned upside down when he pretends to be his beautiful neighbour’s husband. This, of course, leads to a lot of comedic identity gaffes and near misses, with my favourite being when he and his neighbour’s real husband are trying to sneak into each other’s real homes undetected, only to be undone by one of Lemmon’s character’s contraptions that he has sitting in his backyard. The noise is enough to wake the neighbourhood and expose their ruse, and they are both found in compromised and ridiculous positions. Lemmon’s bemused looks and continued attempts to get out of his increasingly absurd situations in the film were the hallmarks of his comedic persona.

When we’re talking about his partnership with Walter Matthau, while films like Grumpy Old Men, Out to Sea and Buddy Buddy come to mind, you can’t talk about the work of the two men without ultimately talking at length about The Odd Couple. Made into a television series and a play, The Odd Couple is a classic story of an oil-and-water pairing, with Matthau’s slobbish bachelor Oscar Madison taking in Lemmon’s newly-separated Felix Unger. Soon, the neurotic and cleanliness-obsessed Unger is driving the carefree Madison bananas, leading to a hilarious blow-up where Matthau fumes, “I can’t stand little notes on my pillow! “We’re all out of cornflakes. F.U”. It took me three hours to figure out F.U. was Felix Unger!” To this day, this is my mother’s favourite line from almost any comedy.  Then there’s the scene where Matthau and Lemmon go on a double-date. Matthau leaves the room for food and returns to see Lemmon and the girls sobbing – Lemmon has told them his sad tale about his separation from his wife, ultimately killing the mood. While Matthau got all the punchlines in this movie, he wouldn’t have knocked them down so cleanly if Lemmon hadn’t set them up so perfectly.

One of my favourites of Jack Lemmon’s was Prisoner of Second Avenue. Partnered with a terrific Anne Bancroft, Lemmon’s character is caught in a mid-life crisis, finding himself unemployed during a massive heatwave and a garbage strike, which compounds his frustrations. Gradually losing his mind amidst all the noise and the fury of the Big Apple, the highlight is when Lemmon’s character triumphantly comes home and brags to his wife that he thwarted a pickpocket (played by Sylvester Stallone), only to discover that he had in fact robbed Stallone’s character himself, as his wallet was always at home. While the movie isn’t one of the more high-concept films in Lemmon’s portfolio, the relatability of his character’s never-ending frustration and angst with life, in general, is appealing to just about anyone.

This is just a sample of the great films of Jack Lemmon. Whether he was pretending to be a woman, trying to nobly watch after a young French prostitute who he is falling in love with, or letting his sleazy boss use his apartment for extra-marital trysts, he always entertained. He had an everyman-likeability about him, a clear sense of the world around him that made his character inevitably relatable. If you haven’t seen any of his movies, do yourself a favour and check them out.