Billed as a “caper,” A Lovely Way to Die is only halfheartedly serious about its convictions as a cop film because it spends an awful lot of time pretending it’s also a comedy.

After quitting the force for constant complaints of excessive force, a cop takes a babysitting gig of a beautiful woman who is on trial for murdering her husband. Things get complicated.

A swinging tough cop named Schuyler (Kirk Douglas in his early 50s) has a robust sex life with various beautiful partners on the daily, and he tempers his roughhousing job with putting high stakes bets at the racetrack. On a night out with his girl of the hour, he beats the crap out of some mobsters having dinner, and the next thing he knows he’s out of a job because of his constant use of excessive force. But he doesn’t stay unemployed for long: A defense attorney (played by Eli Wallach) hires him to be the bodyguard of a beautiful woman named Rena (Sylva Koscina) who is on trial for the murder of her husband. Did she do it? It seems like it, but Schuyler doesn’t really care because she’s nice to look at, and he enjoys the danger this particular job attracts. Unannounced ruffians, thugs, and even mobsters (not to mention the press) hound Rena at every turn, and the plot thickens when Schuyler finds himself framed for a murder he didn’t commit.

Billed as a “caper,” A Lovely Way to Die is only halfheartedly serious about its convictions as a cop film because it spends an awful lot of time pretending it’s also a comedy. The grating, brassy score overplays its hand from the first frames of the film to the last, and while Douglas is very physical in the lead role, he too acts as though he’s in a goofy romantic comedy rather than a hardboiled cop film. There might as well be a laugh track on the soundtrack the way the movie behaves. While it’s populated by beautiful women, shootouts, brawls, and an overinflated final act involving a helicopter, the movie just doesn’t know what it wants to be. I was expecting a real-deal police detective thriller, but instead I got a “caper,” whatever that is. It’s too bad because Douglas had a real presence and physicality he brought to his performances. If you were to compare this to, say, a Sylvester Stallone movie, I’d put it side by side with Avenging Angelo. From director David Lowell Rich.

Kino Lorber’s new Blu-ray edition of A Lovely Way to Die is presented in high definition for the first time, and it comes with a new audio commentary by a pair of film historians, plus two different trailers. 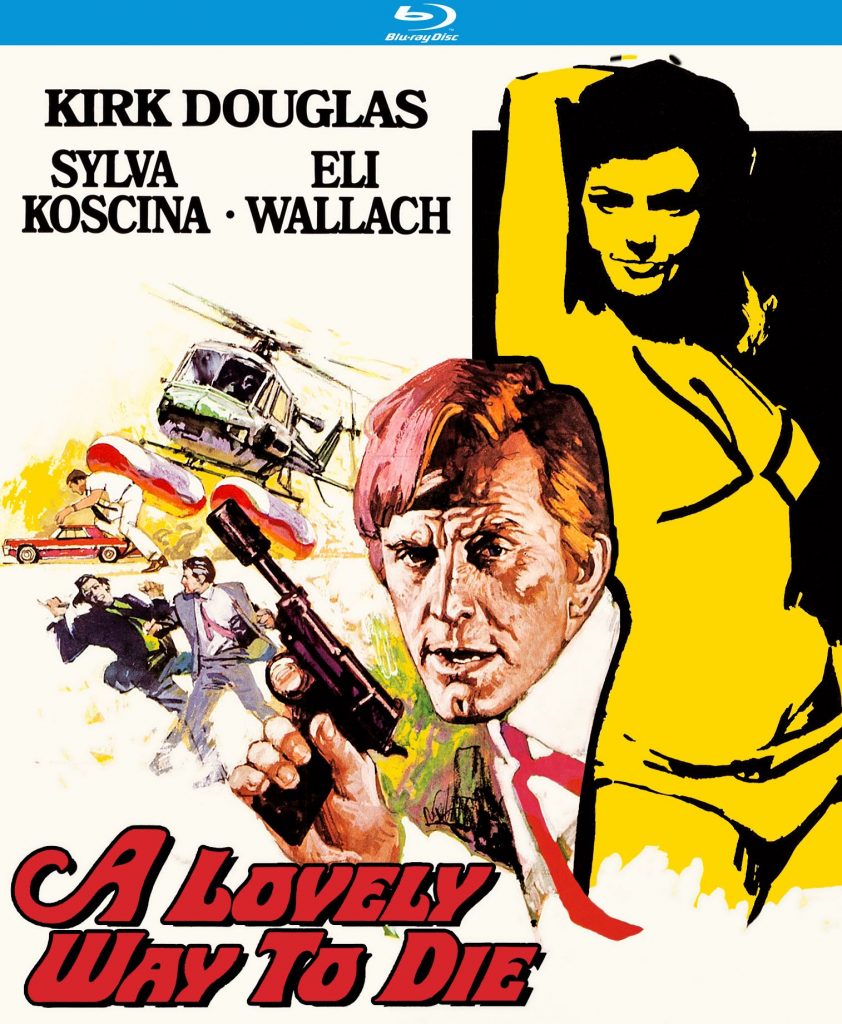