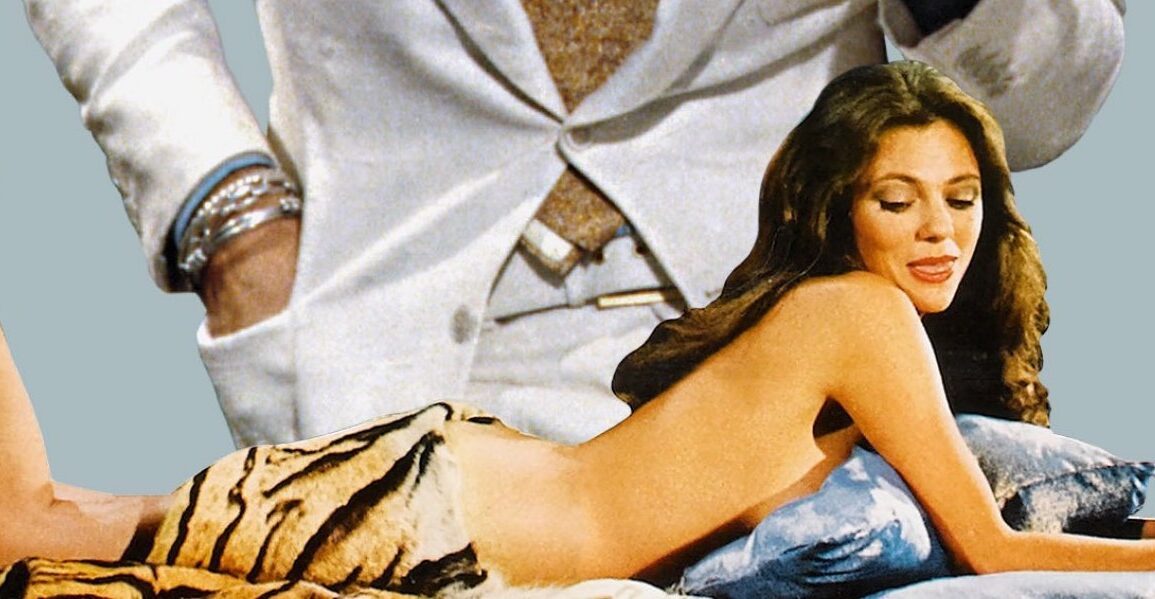 Belmondo is a hoot in the lead role, and Bisset is simply stunning as his costar. Fans of the 007 movies will get a kick out of the spy nonsense, while fans of romantic capers will enjoy it too.

A men’s adventure novelist gets caught up in his imagination when he meets a beautiful woman who lives in his building.

Bob Saint-Clair (Jean-Paul Belmondo) is the world’s greatest secret agent and lover of thousands of women. His exploits are notorious and his enemies are legion. His latest adventure has him felling a dozen goons with a single bullet, and the beautiful woman (Jacqueline Bisset) on his arm is his latest conquest. But something is definitely wrong: Bob is floundering with his own self-confidence. His bravado is waning. This is because Bob’s creator – a nebbish, chain-smoking divorced workaholic keyboard warrior named Francois (also Belmondo) – is struggling to keep his concentration when it comes to his gorgeous neighbor, a college student (also Bisset) who ambles into his apartment one rainy afternoon. She becomes fascinated by his work and his 40-plus novels, but not because they’re good, but because they’re terrible. She wants to make a thesis out of his work, which throws him for a loop. His publisher thinks he’s a hack (because he is), and he begins cranking out three books a month as he begins falling in love with his neighbor. But the work suffers as a result: His character Bob Saint-Clair becomes a suicidal moron tripping over his own feet. How will Francois get over his issues and deliver a book worthy of his love for his neighbor?

An infectiously goofy and sometimes hilarious spoof of the spy genre, Le Magnifique gets better as it goes along. Belmondo is a hoot in the lead role, and Bisset is simply stunning as his costar. Fans of the 007 movies will get a kick out of the spy nonsense, while fans of romantic capers will enjoy it too. Filming locations are heart stoppingly beautiful, and early ’70s era French films will get their eyes full to the brim with some of the most stupendous locations on Earth (namely, France). From director Philippe De Broca, and written by Francis Veber.

Kino Lorber’s new Blu-ray of Le Magnifique is presented in high definition, and comes with a new audio commentary by three film historians, plus French and English audio tracks, and the trailer. 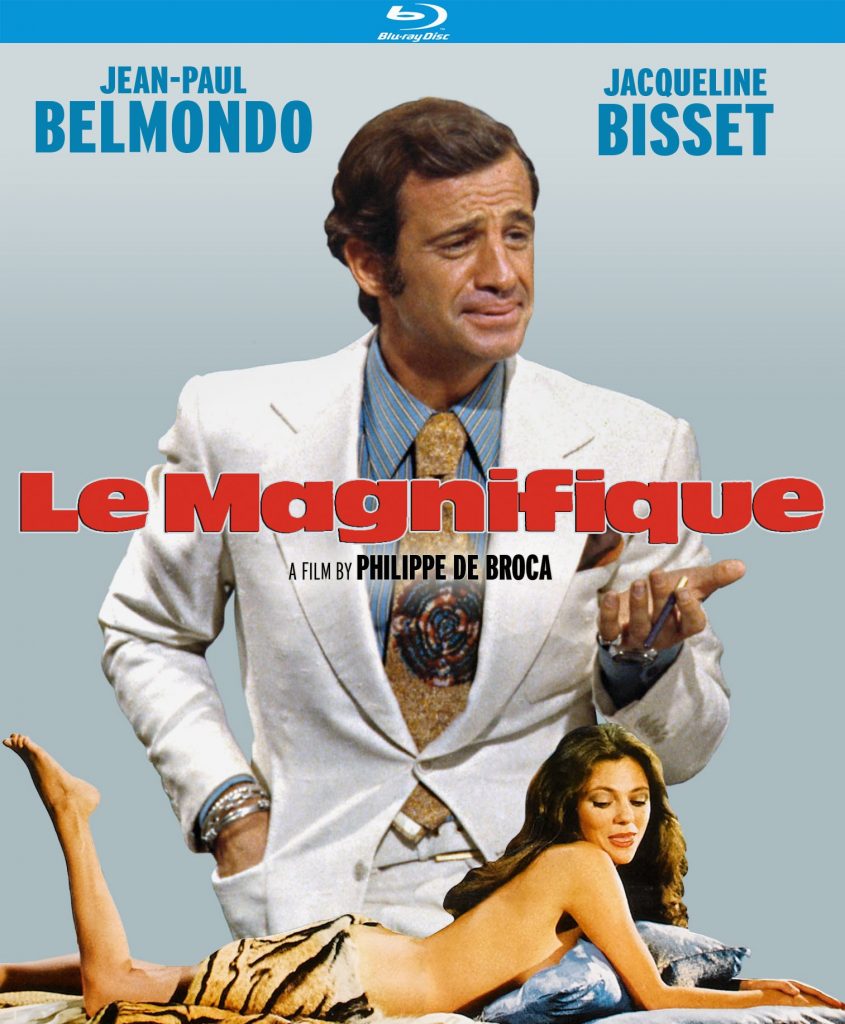