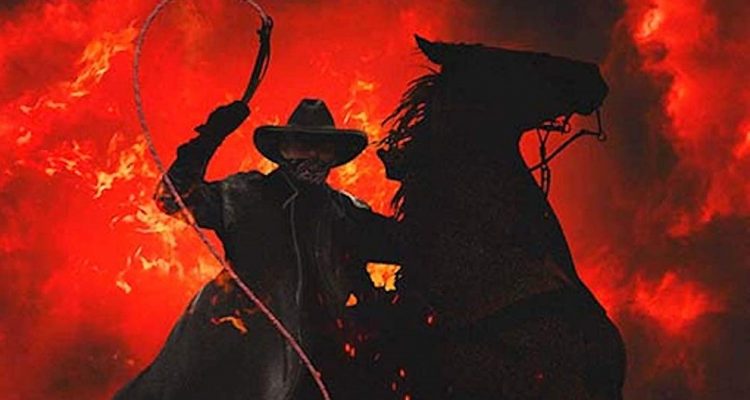 For a slasher, Lasso is strikingly fresh, with really inventive kills and some great satisfaction by the end. Check this one out, slasher fans!

Plot: For 100 years, stories have been told about a cult near Hackett Ranch where people have been kidnapped and never found. The owners of the ranch say they know nothing about it. Guess where this year’s rodeo is?

Review: A tour bus full of retirees and two chaperones takes a trip to a rodeo, and after the event is over, the chaperones take it slow packing everyone in. As the day grows late and everyone else has gone home, the corral and surrounding ranch is eerily vacant. In a shocking turn of events, the entire tour group witnesses a woman getting lassoed by a masked cowboy with a bladed lasso, and the woman is killed in front of them all. The group splits up, and quickly discover that after dark the ranch is ruled by a group of psychotic cowboys who make a game of killing anyone who straggles into their zone, and they’ve got quite a collection of people to have fun with tonight, including a one-armed bull rider (played by Sean Patrick Flannery), a beauty queen, and a whole bunch of defenseless senior citizens.

Holy Toledo, I did not expect Lasso to be such a humdinger of a slasher. It’s perhaps one of the most sadistic and hardcore slasher horror films I’ve ever seen, with not just one killer on the prowl, but a whole crew of horse steroid-pumped cowboys looking to completely demolish any human being on their radar. I can’t remember a horror film being so entirely committed to presenting a team of bad guys who thrash their targets so hard, and seeing as how most of the victims are old ladies and old timer dudes, this movie gets to be harsh pretty quick! That said, the killer cowboys all meet grisly ends as well, so the playing field is about evenly balanced, but just prepare yourself for a zinger! For a slasher, Lasso is strikingly fresh, with really inventive kills and some great satisfaction by the end. Check this one out, slasher fans! From director Evan Cecil. 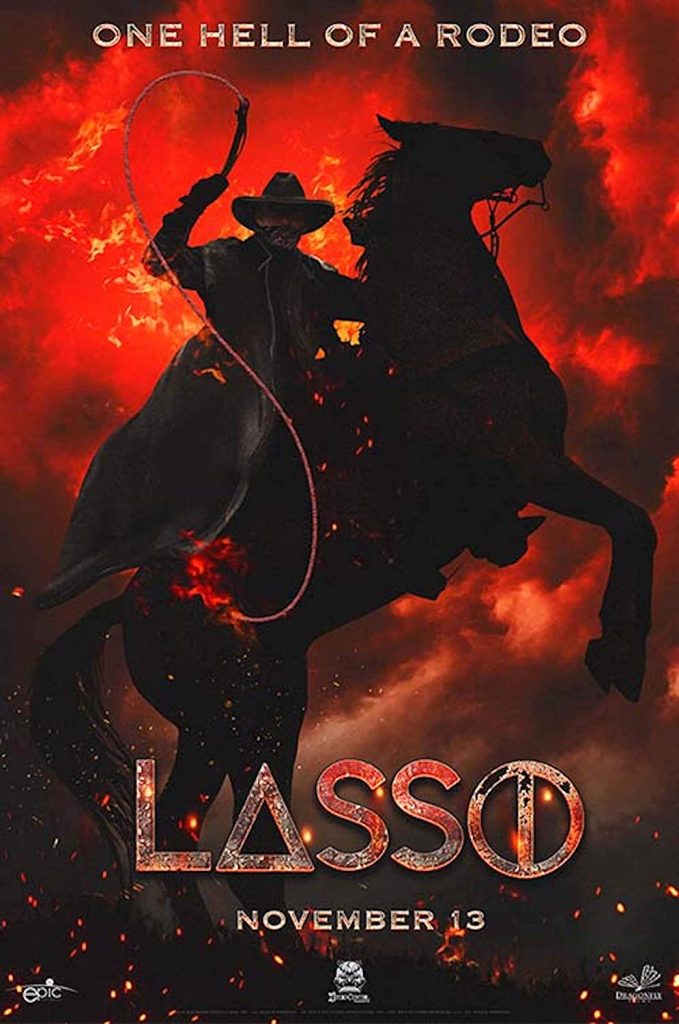