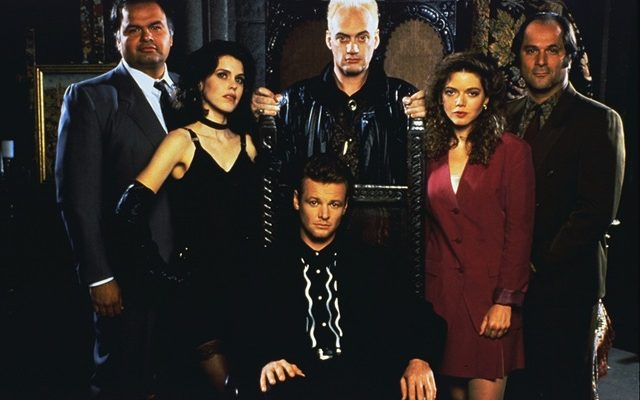 The Highlander of vampire TV shows of the ’90s, Forever Knight is a consistently engaging (even today) action procedural with some horror elements that never exceed the TV rating capacity of the era.

Plot: 800-year-old vampire Nick Knight quests for redemption as a cop in Toronto, trying to hide his vampiric nature from the rest of the world.

Review: Detective Nick Knight (Geraint Wyn Davies) has been prowling around for more than 800 years, but his latest gig is as a detective in Toronto. He only works at night, and sometimes uses the trunk of his car as a coffin. He’s a good cop now that he’s weaned himself off of human blood (animal blood is his choice), but every once in awhile he allows the beast inside of him to peek out to scare the crap out of bad guys. He can fly and he can withstand any amount of bullets or beatings, because he can always bounce back after some rest and a sip of the sangre. His captain (played by Gary Farmer in the first season and Blu Mankuma and Natsuko Ohama in seasons 2 and 3) is exasperated that Nick can’t ever take a day shift, and Nick always finds an excuse or a way to weasel out of working during the day. In one instance he is required to appear in court one morning, and it creates a serious problem for him. His partner is a typical likable blowhard named Schanke (John Capelos), who is the rough edge to Nick’s smooth, and cultured razor surface. Nick’s nemesis is the vampire who created him, a vagabond drifter through time, the evil Lacroix (Nigel Bennett), who usually shows up in flashbacks, but occasionally makes an appearance in Nick’s life to throw him off guard and create chaos. Aiding Nick on his quest to live a righteous life is Dr. Natalie Lambert (Catherine Disher), a pathologist, and then there’s fellow vampire and occasional lover Janette (Deborah Duchene), who owns a trendy club where vampires hang out. Over the course of three seasons, Nick and Schanke solve daily murders and mysteries and have to help each other out over and over.

The Highlander of vampire TV shows of the ’90s, Forever Knight is a consistently engaging (even today) action procedural with some horror elements that never exceed the TV rating capacity of the era. It’s slightly scary, but not horrific, and it tries pushing for as much sex and titillation as it could withstand. It’s a surprisingly action-filled show, and it takes place entirely at night, so it’s got a bit of a grindhouse feel to it, with the scuzz and creeps coming out each night for Nick and his partner to contend with. There are always flashbacks in every episode to Nick’s life hundreds of years ago to relate to his current predicaments, and the characters each get their own arcs and storylines from episode to episode. Originally, this series got a pilot in 1989 called Nick Knight, starring rock star Rick Springfield, and that film is available separately from Anchor Bay. Forever Knight is a much better representation of the character, and fans of ’90s television and horror / action should appreciate it.

Mill Creek’s new DVD collection for Forever Knight is packaged in a hardshell box that houses 6 sleeves containing 12 discs. All 70 episodes are included. The quality of the transfer leaves a little to be desired; the clarity of the image isn’t very strong, but that can be forgiven. 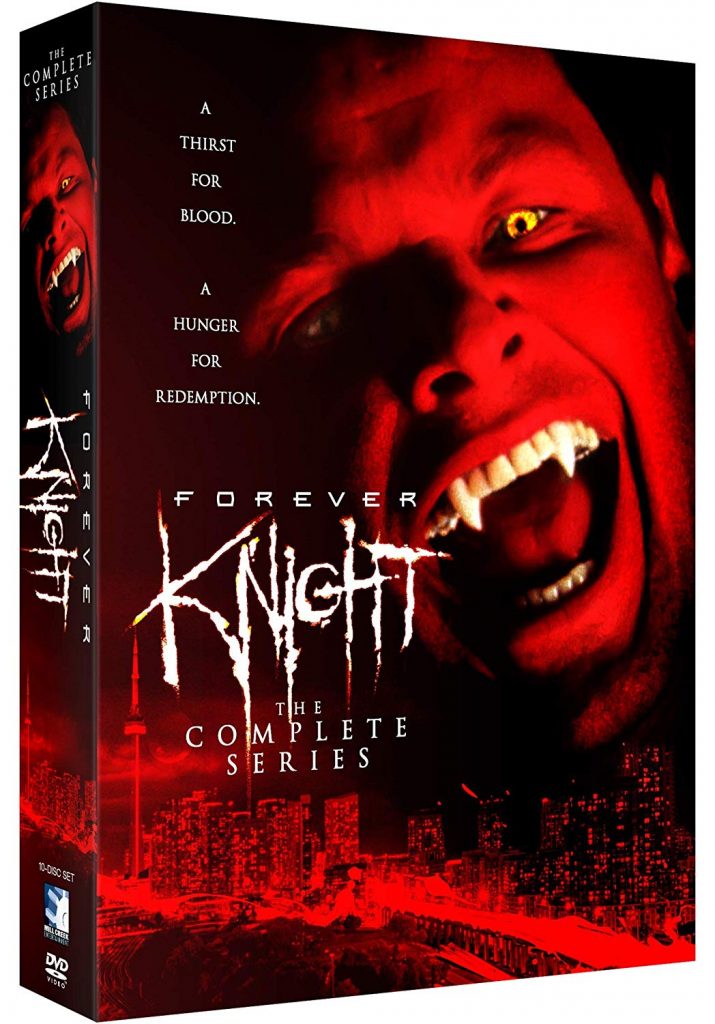