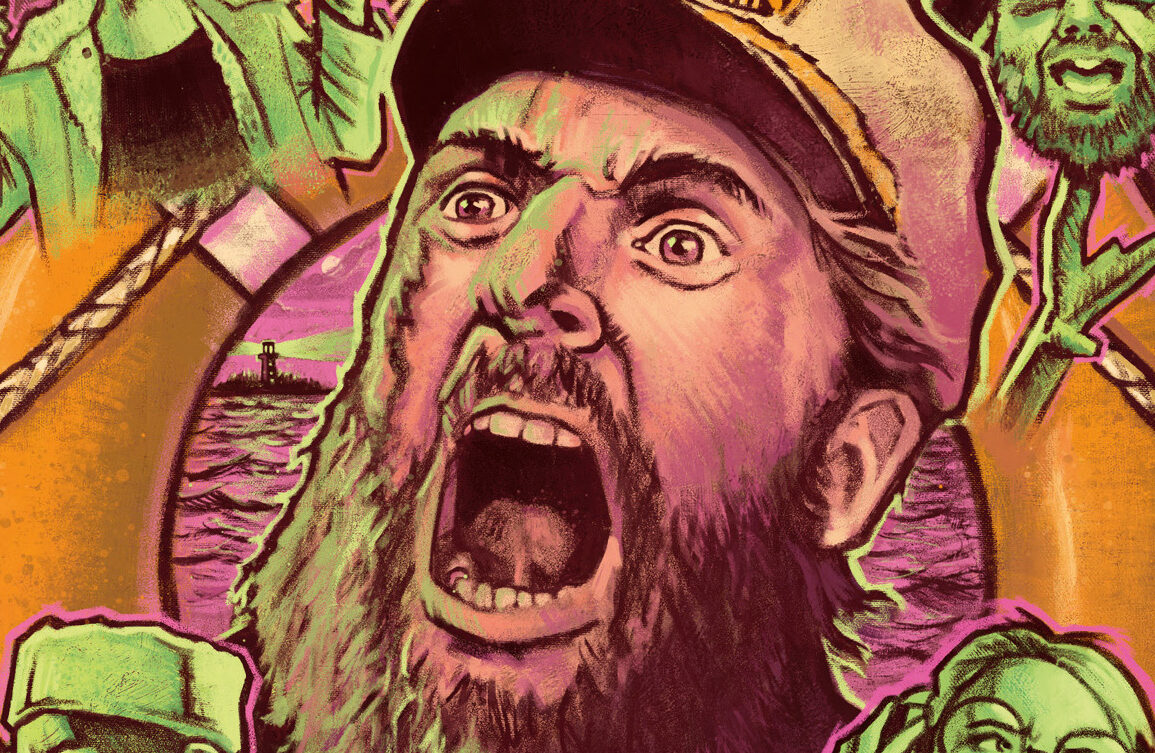 It doesn’t always work on the whole, but for being a spectacularly low budget movie with some moxie, it kind of emerges a winner.

A crackerjack crew is assembled to find the dreaded Lake Michigan Monster, but their leader has an agenda that he’s not telling the team.

A somewhat deranged sea captain with zero experience as a captain named Seafield (Ryland Brickson Cole Tews, also this film’s writer and director) assembles a team of adventurers and ne’er-do-wells to help him find the legendary Lake Michigan Monster, which he’s offering thousands of bogus dollars for each team member to find and kill. His plan is absurd and woefully half-assed, and he gets his team killed and / or devoured or impregnated by the creature in the lake, and so when it comes down to just him, he must muster up whatever courage he’s got hiding up his pants to confront the monster that resides somewhere deep in the abyss of Lake Michigan.

A cross between a Mystery Science Theater episode and one of Guy Maddin’s inventive movies that resembles a silent-era black and white fantasy, Lake Michigan Monster is a throw-all-the-spaghetti-to-the-wall experiment to see what sticks, and by the end of the film it ends up being kind of cool, despite how intentionally unfunny it tries to be. Star / filmmaker Tews gives an incredibly annoying performance on purpose, but by the climax where he confronts the creature, I was finally on the movie’s weird wavelength. This is definitely not for everyone’s taste, but I like Guy Maddin, so I sort of understood what the movie was going for. It doesn’t always work on the whole, but for being a spectacularly low budget movie with some moxie, it kind of emerges a winner.

It’s odd that Arrow Video took this film under its wing and distributed it on Blu-ray because it doesn’t feel like something Arrow would go for, but here it is and they’ve treated it just like any of their other premium releases with tons of bonus material, a slipcover, and newly commissioned artwork for the cover. There is so much supplemental material here that it would take someone hours to sift through it all. 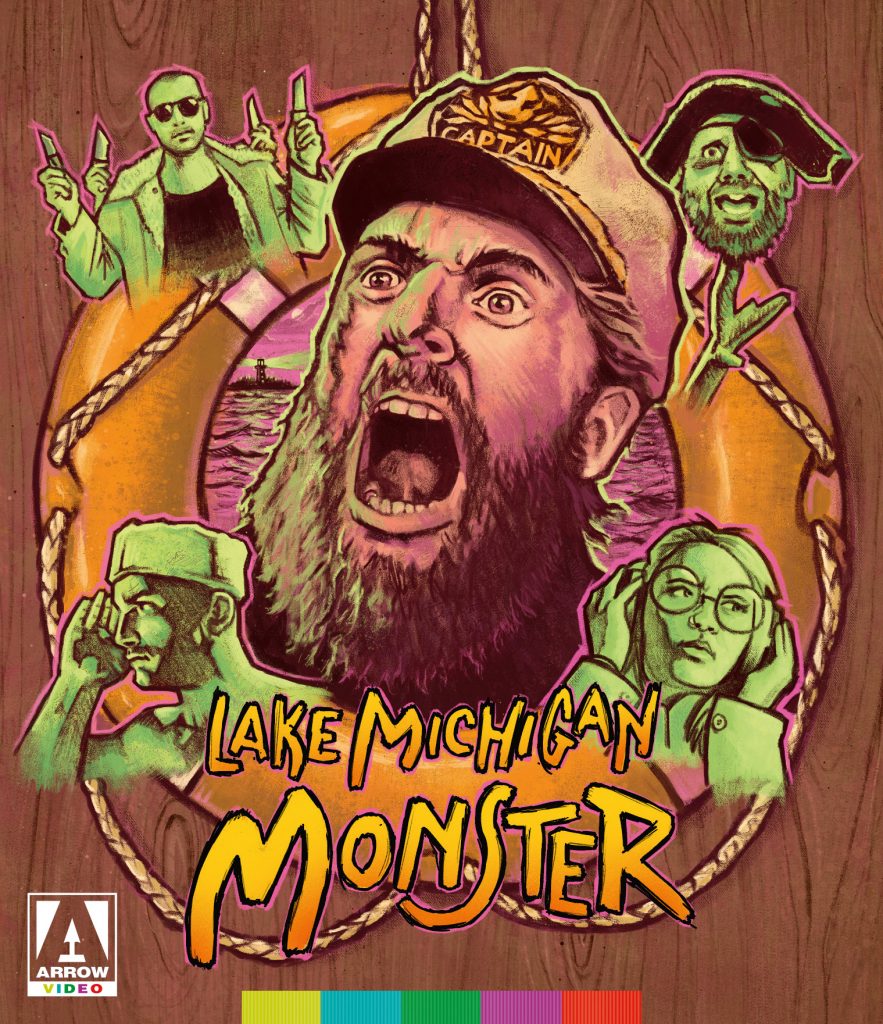