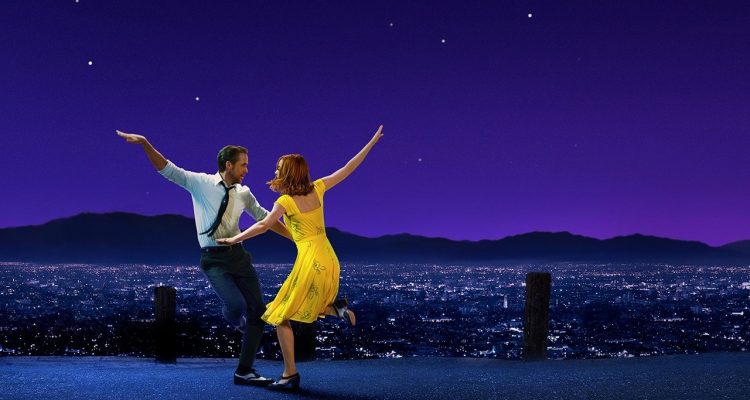 La La Land is far better than I was expecting and even someone who hates musicals will find something to enjoy; it’s funny, moving and heartbreaking all at once. The ending may not be everyone’s cup of tea as it’s quite downbeat but it is more realistic and the cast are at their absolute best.

Plot: The story of Mia, an aspiring actress, and Sebastian, a dedicated jazz musician, struggling to make ends meet while pursuing their dreams in a city known for destroying hopes and breaking hearts. With modern day Los Angeles as the backdrop, this musical about everyday life explores what is more important: a once-in-a-lifetime love or the spotlight.

Review: I bet this is a review you never thought you’d see from me and I’d be lying if I said I was looking forward to watching it. Personally I despise musicals and think watching one should be punishment for shop lifting but after reading all the rave reviews La La Land had been getting I figured it was time to bite the bullet and check it out. Imagine my surprise when it ends up being charmingly romantic and (for the most part) worthy of the hype.

Normally when I hear critics saying how great a movie is I’m expecting an incredibly boring film dealing with a social issue or disease of the week. La La Land is that rare beast however, that is surprisingly never dull and didn’t even have that many songs; it was really more of a romantic drama with our two likable leads trying to chase their dreams while falling in love with each other. It’s in parts wistful and then in other parts heartbreaking and I’m still not sure how I feel about that ending. I know it was more realistic but it doesn’t mean I have to like it.

I definitely preferred the first half of the movie as Sebastian (Gosling) and Mia (Stone) meet each other and slowly fall for each other; the first inkling that this movie was something a little different was the fact that Sebastian wasn’t particularly charming and in fact, a bit of dick (like real guys are). Despite that though you immediately take to Sebastian and Mia as they struggle to get by while chasing their dreams; can their love survive their careers?

La La Land homages the Fred & Ginger movies of old with its energetic dance numbers but turns it on its head and makes you think that maybe this couple won’t live happily ever after with each other if they have to give up on their dreams.

What surprised me most about the film was its sense of humour; Gosling has a real knack for comedy and the movie lovingly pokes fun at the genre while making you pine for the golden age of Hollywood. It’s quite cynical too with Mia’s awkward auditions feeling all too real and must be something any actor can relate to. Both leads are fantastic in this movie but I think it’s unfair that Emma Stone appears to be getting all the accolades as Gosling is superb as well.

Most importantly La La Land also has fantastic music with one of catchiest main themes I’ve heard in a long time; even the songs are good which was a surprise.

Overall, La La Land is far better than I was expecting and even someone who hates musicals will find something to enjoy; it’s funny, moving and heartbreaking all at once. The ending may not be everyone’s cup of tea as it’s quite downbeat but it is more realistic and the cast are at their absolute best.