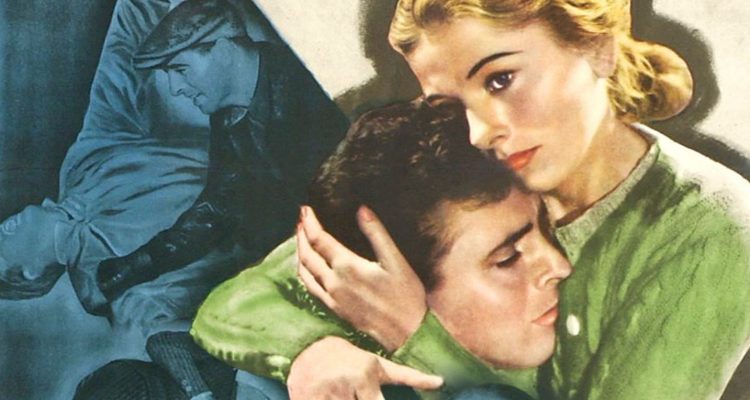 A hard hitting melodrama / film noir with a commanding and forceful Burt Lancaster in a very physical role, Kiss the Blood Off My Hands is awfully short at 79 minutes, but it makes an impression.

A WWII POW returns to the states, and promptly gets into deep trouble with the law as a result of his temper, but a woman he encounters may be the light at the end of the tunnel for him.

Bill Saunders (Burt Lancaster), a POW from a Nazi prison camp comes home with a severe chip on his shoulder and a violent temper to boot. After landing in England, he promptly goes to a bar and gets into a fistfight with another drunk and kills the guy with one uppercut. Instead of facing responsibility, he flees the scene and breaks into the first apartment he finds, which belongs to a nurse named Jane (Joan Fontaine) who, instead of screaming for help when Bill breaks in, complies with him and begrudgingly agrees to help him for the night. But Bill doesn’t go away at first, and he sort of takes her hostage for a while, but after awhile he leaves without harming her. A few days later, he shows up again and all but forces her to accompany him on a train trip to help him get away from the area, and it is there during the train trip that Jane sees both his tender side and his violent streak. He assaults a man on the train, and then flees and gets into a fight with a policeman, knocking him out cold. He’s caught and sentenced to be whipped with a cat o’nine tails and is then sent to prison for a year. When he gets out, a man named Harry approaches him and informs him that he was a witness to the bar fight where he killed a man, and he blackmails Bill into doing a robbery, but Bill refuses. By chance, he meets Jane again, and feeling sorry for him, she gets him a job as a delivery driver for the hospital, but this only fuels Harry’s advances towards Bill, as the hospital deliveries contain valuable medicines that can be sold in the black market. Meanwhile, Bill and Jane fall in love, but Jane has no illusions as to who Bill is and what he’s capable of. An unfortunate encounter with Harry turns ugly for Jane (she kills him in self defense), but Bill will most certainly be to blame, and so they must make a decision to leave the country by stowing away on an outbound cargo ship, or face the consequences of their actions.

A hard hitting melodrama / film noir with a commanding and forceful Burt Lancaster in a very physical role, Kiss the Blood Off My Hands is awfully short at 79 minutes, but it makes an impression. The denouement is abrupt, and leaves viewers wondering what happens to the two characters. Lancaster truly was a force to be reckoned with, and Fontaine is woman enough to face up to him. From director Norman Foster.

Kino Lorber’s recently released Blu-ray of this film is presented in a brand new 2K master, and includes a new audio commentary by a film historian, and the trailer. 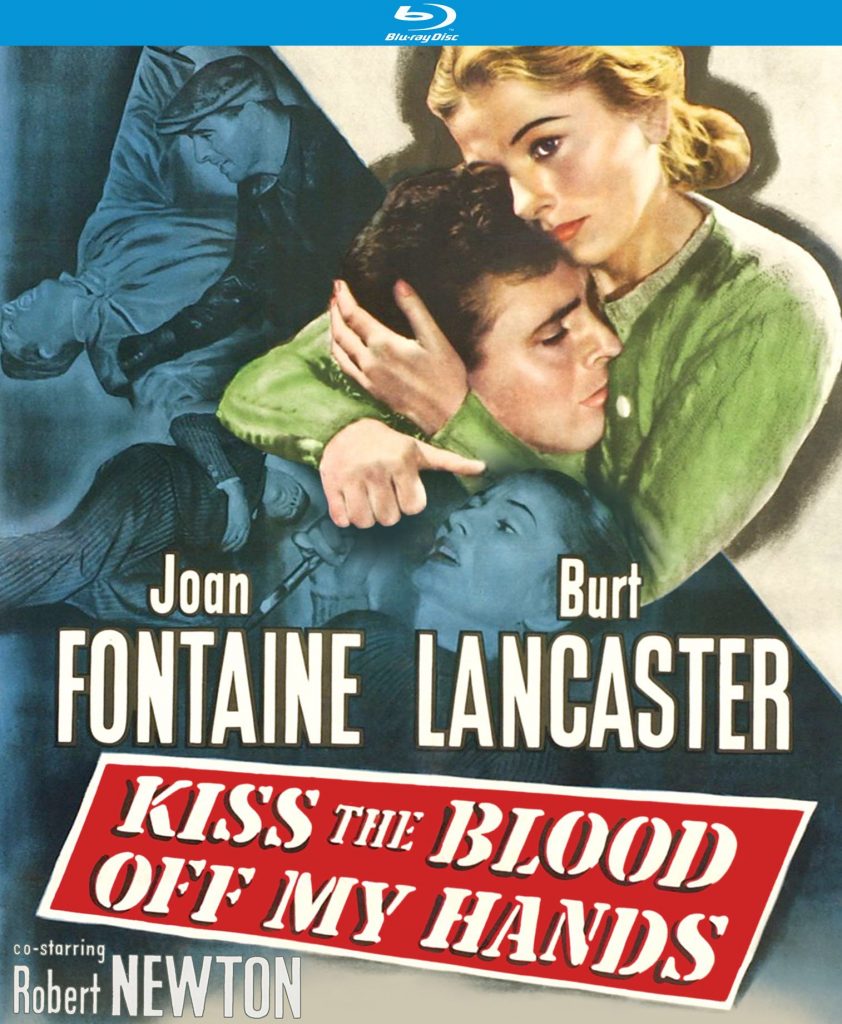