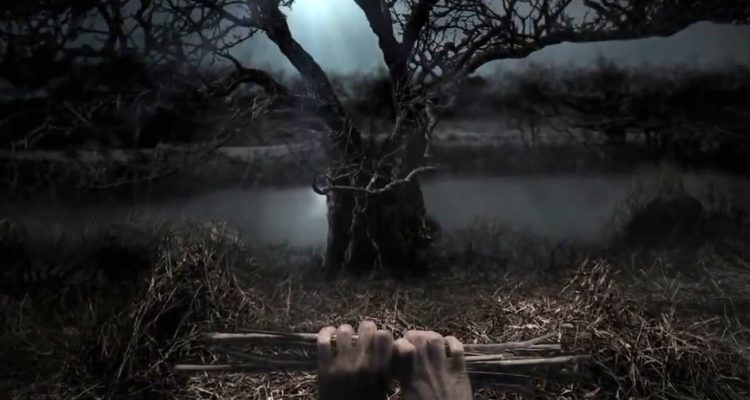 Kingdom Hospital is definitely a rollercoaster ride, with a lot of weirdness. However, if you’re willing to accept it for what it is, you’ll have a damn good time.

Plot: The doctors and patients of Kingdom Hospital experience localized earthquakes, ghosts, and a supernatural anteater who has dominion over life and death.

Review: Um…yeah, this one is definitely one of the hardest shows for me to review.  Not because it’s bad or anything, but because it’s so damn weird.  I guess I would have the same reaction trying to review Twin Peaks or the original Kingdom by Lars Von Trier. Kingdom Hospital is a wild ride that changes tone on a dime.  You could have serial killer be brought into the hospital bleeding out of his eyes and end up with both the patient and the doctors engaging in a rousing rendition of “Na Na Hey Hey Kiss Him Goodbye” in the operating room.  Yes, it can get that nuts.

The cast is pretty good.  I never understood how Andrew McCarthy didn’t have a better career, he was a pretty serviceable leading man and is likeable as the least oddball doctor in the show. Bruce Davison is great as the arrogant and insane head of neurology.  Ed Begley Jr. is terrific as well as the loopy head of the hospital.  Diane Ladd is trippy as the hypochondriac patient who claims to be a medium.  Jodelle Micah Ferland does an excellent job as the ghostly Mary who is really the lynchpin of the entire story.  The rest of the cast is good as well, with some interesting cameos, including, of course, Stephen King.  He has the best guest appearance as the maintenance man who is missing in action until the final episode.

So, did I enjoy this series?  Yeah, I did.  It has its uneven points, and I don’t know what to make when it goes off the rails – I guess my biggest complaint is, there is still some attempt at a coherent story here, and it seems out of place with all the wackiness going on.  The storyline is alright, but nothing you haven’t seen before.  I do appreciate, though that the series does end properly (more or less), and even though there’s an opening for more stories to take place, I’m satisfied with the conclusion.

Now, let’s get to that anteater. Throughout the show, the anteater shows up, and the best way to describe it is, it’s a friend of Mary.  It also is super-powerful, which makes it one of the more important characters in the show.  However, I was not impressed with the CGI that brought the creature to life – some of the overheard or faraway shots are fine, but the closer you get, the faker it looks.  It definitely takes you out of whatever you’re watching when you see one of the actors interacting with it and it just doesn’t look real.  The real shame is, it really is a great character and one that keeps you guessing to its true intentions.

That’s the only gripe I have about the technical aspects of the show, though.  The makeup is good, the sets are amazing, and Craig R. Baxley, who did an awesome job with King’s Storm of the Century does yeoman’s work as the director of each episode – he seems to know exactly how to play each scene for maximum effect, regardless if it’s coherent or not.  I also really enjoyed the title song to the show – it fits perfectly with the tone of the show and is pretty catchy to boot.

So, would I recommend Kingdom Hospital?  Well, it depends on who’s asking.  If you like your television shows to follow the same tonality and to be cut-and-dried, this is definitely not a show you should bother seeing.  However, if you don’t mind your television entertainment being a bit out there and for things like headless corpses running around endlessly trying to find their missing head or for the security guard’s dog to suddenly get red eyes and be able to pass through walls, then this show is right up your alley.