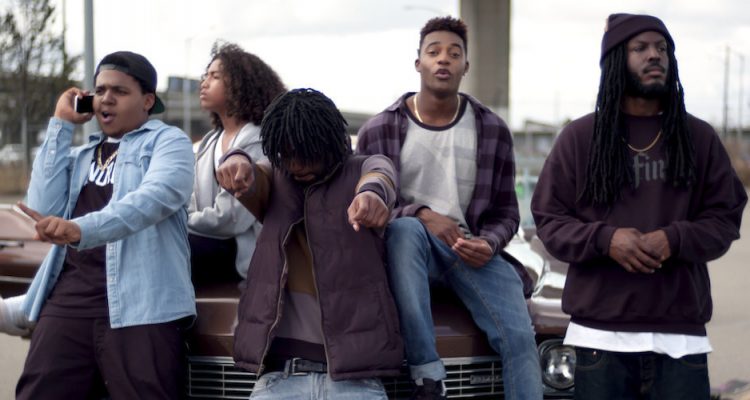 Kicks is immensely watchable with excellent performances and an air of tension throughout as you don’t know what will happen to our heroes as they embark on their adventure. Definitely check it out when you can.

Plot: Brandon is a 15 year old whose dream is a pair of fresh Air Jordans. Soon after he gets his hands on them, they’re stolen by a local hood, causing Brandon and his two friends go on a dangerous mission through Oakland to retrieve them.

Review: When I compile a list of my favourite movies from 2016 I’ll be sure to add Kicks which is a strange mixture of Boyz N The Hood meets Stand By Me and the crazy thing is it totally works. Our three protagonists Brandon, Albert and Rico are very different and yet they all feel like believable friends. Brandon (our “hero”) is constantly being chased by bullies and made fun of for being short but when he buys a new pair of Nike Air Jordan “kicks” his life is changed forever. At first it feels like he is finally getting somewhere with girls now talking to him but it isn’t long before trouble comes calling and Brandon gets jacked and his shoes are stolen.

Rather than moving on with his life though Brandon decides this is the time to take a stand and goes to Oakland to get his kick back from psycho Flaco (Kofi Siriboe). Needless to say this isn’t the best idea he’s ever had with many things going wrong along the way but his loyal friends join him on his quest and he refuses to give up no matter what the consequences.

What’s interesting is that the main “villain” Flaco has a young son who he adores which immediately paints him as a far more interesting character than the one dimensional hood you may expect. This keeps the story unpredictable and also adds some extra extra heart. At times it’s moving but for the most part it’s almost unbearably tense with random acts of violence happening at any time so you never know what will happen next.

Kofi Siriboe is fantastic as Flaco; he’s menacing as hell but also nearly sympathetic because he just wants to make his little boy happy… it’s just a shame that he doesn’t care who gets hurt or killed in the process.

Brandon starts off as a sympathetic and put-upon hero but as the story progresses and he descends down a darker path we wonder if he will not only get his shoes back but still be alive at the end of the day.

Albert and Rico mostly provide comic relief and add some much needed levity to proceedings which is what makes the film so enjoyable. In between the humour are a few shocking moments of violence which shows the type of world these poor kids are growing up in where the threat of violence/death looms around every corner.

Overall, Kicks is immensely watchable with excellent performances and an air of tension throughout as you don’t know what will happen to our heroes as they embark on their adventure. Definitely check it out when you can.