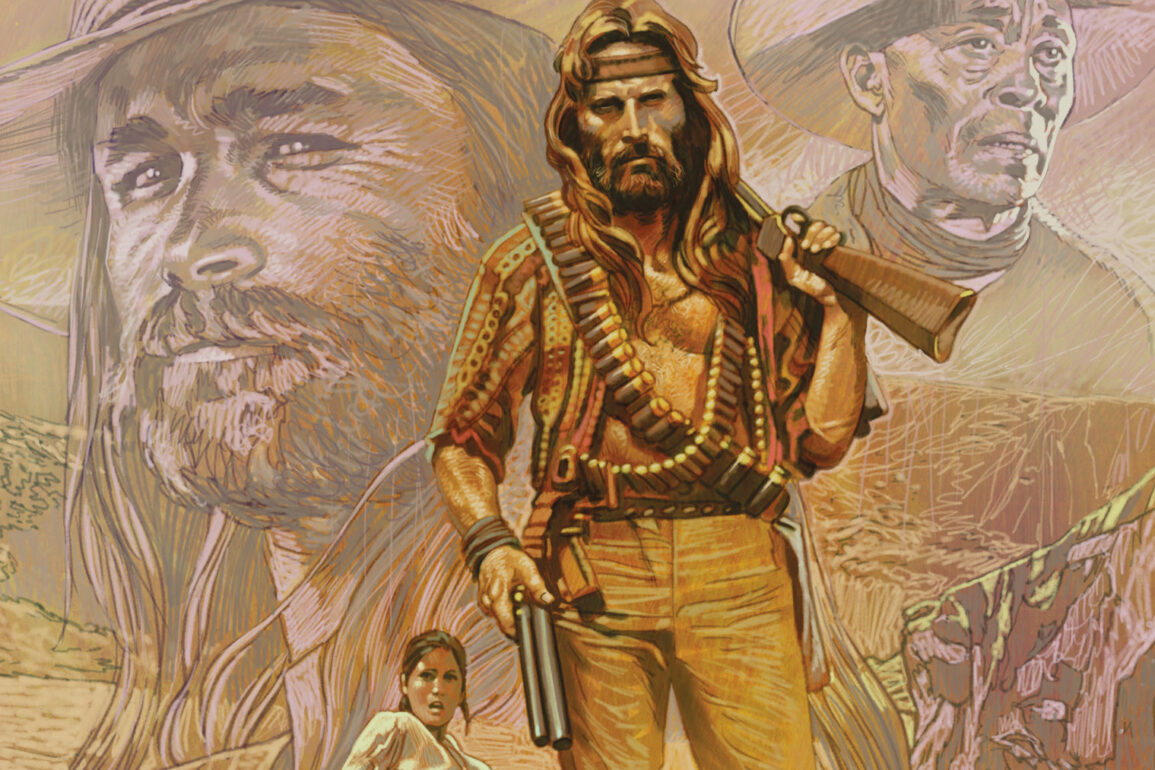 Keoma is another winner thanks to plenty of stylized action, memorable characters, and a story that works.

Plot: A half-breed ex-Union gunfighter attempts to protect his plague-ridden hometown from being overridden by his racist half-brothers and a Confederate tyrant.

Review: War weary soldier Keoma (Franco Nero with some gnarly hair) returns to the place of his birth where his wealthy landowner father and three half-brothers greet him with varying levels of enthusiasm. Being the half-breed outcast brother, Keoma has long been his father’s favorite son, but his half brothers hate him with a fiery passion close to murderous jealousy. Keoma is bored with life and in search of a purpose, and so he promptly finds a cause: saving the lives of desperate plague-ridden castoffs on the edge of town, and the life of a pregnant widow in particular. This angers his brothers, as well as the big honcho in town who has somehow managed to monetize the medicine (or lack thereof) coming in and out of the township. Keoma’s meddling in the town’s affairs stirs up all kinds of anger and ill will towards him from every direction, and when he gets his father and an old family friend (played by Woody Strode) involved, there will be hell to pay when the bullets start flying, thanks to Keoma’s ballsy plan.

A latter-era spaghetti western from director Enzo G. Castellari and star Nero, who’d made an icon out of another western hero called Django, Keoma is another winner thanks to plenty of stylized action, memorable characters, and a story that works. While the score and songs (by Guido and Maurizo De Angelis) are a little on the tacky side (the story-progressing songs become grating after a while), the film has aged quite well. Filmed and recorded in English, this is an Italian western that fans of the genre should really enjoy.

Arrow Video’s new Blu-ray of Keoma is presented in a 2K restoration, which is a huge improvement over the previous Anchor Bay DVD, which is when I last watched it. A new audio commentary featuring genre experts C. Courtney Joyner and Henry C. Parke was recorded for this release, and a plethora of bonus material, including new interviews, a new introduction, an image gallery, lobby cards (digital), and an insert booklet and a reversible sleeve are all part of the package.