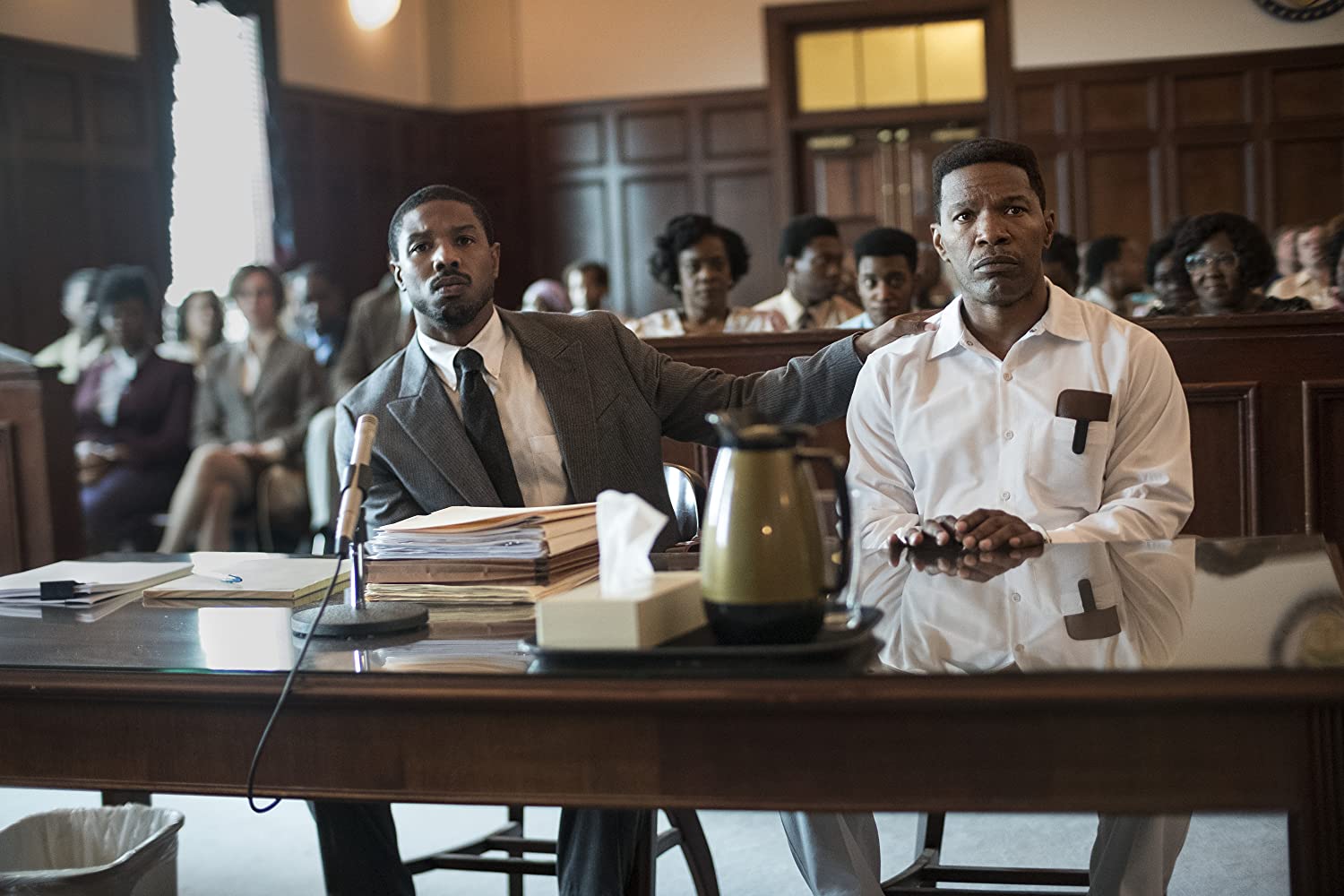 Just Mercy may be the type of movie that exists to win awards but it’s much more than that giving us a story that is relevant, moving and well acted. Jamie Foxx gives one of his best performances as do Michael B. Jordan and Brie Larson.

Review: I wanted to see Just Mercy when it came out in theatres but it was just before the great plague and it ended up coming to digital early. It looked like the type of movie that was made for awards but the fact it’s based on a true story is what drew me to it as well as the cast including Michael B. Jordan, Jamie Foxx and Brie Larson.

The performances as you can imagine are indeed award worthy with Jamie Foxx giving one of his best to date; I’m not normally a huge fan of his as I find he can mumble a lot so I struggle to hear what he’s saying but he was a revelation in this. Michael B. Jordan has long since proven what a great talent he is although he does seem to be in every movie at the moment.

Just Mercy is the kind of movie I would only ever watch once as it isn’t exactly a fun time but it was a story that fascinated me as it is based on the real life story of Walter McMillian who was wrongfully accused of murdering an 18 year old girl back in 1988.

It’s a tough watch as anything that deals with racism should be as sadly it’s a big a problem today as it ever was making this a tale that is still relevant.

The score is one of the year’s best with some mild hop hop beats and gorgeous gospel choirs at one point.

At 2 hours and 17 minutes it’s a long watch but it’s never dull as racial tensions are high throughout and Michael B. Jordan’s well-meaning lawyer is a genuinely good man who you are rooting for 100%. There are several moving moments and as I said Foxx is fantastic and the scenes between he and Jordan are electrifying.

Overall, Just Mercy is a well acted and emotionally intense drama with one of the best music scores of the year and a cast at the top of their game. It manages to make you angry about the injustice that went down but also inspires you in that there are good people like Bryan Stevenson who will fight for those that no one else will.