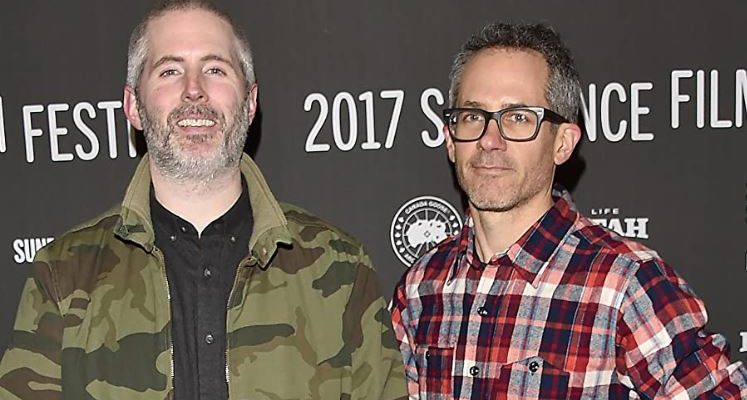 Jonathan Milot and Cary Murnion are a filmmaking duo worth paying attention to. Getting their start directing commercials for major brands and stores, like Capital-One and Target, the pair then moved into making feature films with 2014’s “zombie kids” horror/comedy COOTIES, which starred Elijah Wood and Rainn Wilson. They followed the success of that film up with the Dave Bautista-starring “urban invasion” action film BUSHWICK in 2017. Both films showcased the two as being skilled action filmmakers who are unafraid to embrace genre concepts and explore them to their fullest. Now the pair is back with a “revenge” thriller titled BECKY that has been described as an “ultra-violent HOME ALONE” The film stars Kevin James (HITCH), Lulu Wilson (THE HAUNTING OF HILL HOUSE), Joel McHale (COMMUNITY), and Amanda Brugel (THE HANDMAIDEN’S TALE).

I recently had the chance to chat with both Jonathan Milot and Cary Murnion all about the film. We discussed the difficulties of filming scenes that feature children, who almost ended up with the role of the villainous lead, and which one of their other films could be a stealth sequel to BECKY!

Why did you choose BECKY as your follow up to COOTIES and BUSHWICK?

[Milot] – It stems from our love of “revenge” movies. We are deep, deep fans of revenge films like OLD BOY, or we think of SICARIO as a revenge film, and Tarantino’s movies like KILL BILL… things like that, where they just tend to be amazingly visceral rides that we just enjoy on a pure entertainment level. We know a lot of film viewers just want that out of their movies. They want to be taken on a ride. We think with a revenge story, it’s pretty straightforward. You don’t really need to know much more than “this guy wants to kill that guy”. So, we love that but then we also love, that they can go a lot deeper and there’s a lot of layers that you can peel back. That was basically the starting point. Then you have this premise of 13-year-old girl exacting revenge. It is something that we feel like we haven’t really seen before. We thought we could really bring something new to the table in terms of the way that the revenge is exacted and how intense that can be, and how having a young girl as the protagonist can really elevate those stakes.

There is a lot of extreme Violence in BECKY. Based on that, were there any difficulties in putting together the cast?

[Murnion] – Casting is always hard. Lulu [Wilson] from the very beginning, loved this film. She was on-board, from the very beginning in terms of making this film happen.  Kevin James, he actually asked us to be the bad guy [in the film]. We originally had Simon Pegg on board to play that role and then there were some scheduling issues. So then Kevin James had read the script and said he wanted to play the role of “Dominick”. Once we talked to Kevin, we loved the idea of him being in that role. Joel [McHale] was someone that we were big fans for both his comedy and dramatic roles. It’s amazing to look back at his IMBD and see the how many stellar projects he’s been involved with in addition to something like [the television show] COMMUNITY. He was passionate about playing “Jeff” [Becky’s father in the film] and bringing something new to that character and to who you think of Joel McHale as an actor.

It was the same thing with Amanda Brugel. She’s fantastic in THE HANDMAIDEN’S TALE. She actually said that she’d never played a role like [her character] “Kayla”, in this movie. She was so excited to get into the psychology of what’s going on inside Kayla’s head and how she has to protect herself, protect her son, also protect Becky and her possibly future husband. There’s a lot going on with Kayla and fighting back against this horrible person in Dominick and how she’s trying to balance what she can do to get out of this alive. So, all the actors were really excited to kind of come on to this project because of the multiple levels in their characters. They are not the “cookie-cutter” characters that you could see in this kind of genre film.

One thing that I thought was really bold is that you cast an, age appropriate, 13-year-old actress to play your lead 13-year-old protagonist. With child labor laws being what they are- only being allowed to shoot with Lulu for a certain number of hours per day for example, how did you guys accomplish having her in so many intricate scenes?

[Milot] – Yeah, that was definitely a challenge, and I think that’s why a lot of films do cheat and use older actors to play younger characters because it really does limit your time, especially with night shooting, you really cut the available time in half, almost from over eight hours, usually with adults at night, to under four hours because you start at sunset and then you only have until midnight and in the middle of the summer when the sun’s setting at nine, yeah, it doesn’t leave a lot of time. So, we did a lot of planning in terms of let’s shoot out Lulu’s side of the scene. So, this is all the shots that you see Lulu’s face. Then if we’re going to film the shots of, say Kevin, which would be over the shoulder of Lulu, we would film those later with maybe a stand-in or someone with the same costume and hairstyle as Lulu. And that seems like a great solution until you’re on set and you’re trying to execute it [laughs], because usually you would film one side of the scene and then you shoot the other side of the scene consecutively and you remember all lines and you remember what was said. It’s all very continuous and makes sense, but when you separate and you shoot the front part of the lawn at the beginning of the night, then you go to the other side of the lawn and then you have to go back, it really can complicate the most simple things.

You don’t want to add complication on set and by doing that, it did. But I think with our great crew and our great assistant director, we were able to make it happen and make it work and deal with some of those challenges of the child labor laws. But on top of that, I think we would never have been able to make this film happen without Lulu, because she was so proficient and such a great actress that she wouldn’t need a lot of takes to find the best performance. She could really get in there and in two or three takes. We then could move on and feel really confident that we got what we needed because Lulu’s just amazing.

There are some extreme gore effects in BECKY. Was there anything you wanted to include that you weren’t able to for budgetary, time, or content reasons?

[Milot] – I think for the most part we got most of what we wanted. It’s tough because we don’t want to spoil anything-

[Milot] – For almost every big scene, we had something kind of specific that we wanted to do, like get a macro shot in a way that hadn’t been done before, show an extreme kill in almost an anatomical way that hadn’t been done before. I think we achieved that with the help of our special effects makeup crew. I think, across the board, it made everything that much better because you have the reaction of the actors to those practical effect elements on set. They can see the blood and the repercussions of a kill. Cary, is there anything that you can think of that we weren’t able to do?

[Murnion] – No, I think in terms of, once we found out what the scope was, we fit everything in to what we kind of wanted to do and then some. We got some cool film gear we didn’t expect, like the crane, and then working with [DP] Greta [Zozula] and the whole camera crew. We got some amazing lenses that we didn’t always expect to have.

Okay, one last question. You have COOTIES in your filmography and now BECKY as well. So, is there going to be a third entry in this “killer kids” series?

[Milot] – [Laughs] Well, for now it’s out of our systems but you never know what we’ll do. It’s a fun concept to go back to. We have a bunch of films in development right now. And I don’t know, Cary, there’s none with any murderous children, are there?

[Murnion] – No, but we also kind of think that Lula Wilson kind of looks like a young Brittany Snow. So we have this sort of feeling that in BUSHWICK, maybe that’s Becky all grown up and living in Brooklyn and she has to deal with even more people attacking her. So that’s kind of our through line there.

I love it! Thank you both for taking time to talk with me today about BECKY. I love the film and whatever you guys do next; I can’t wait to see what it is.

[Murnion] – Awesome. I appreciate it. Thanks so much.

BECKY is in theaters, drive-ins, on-demand and digital – June 5th, 2020. Here is a list of the participating theaters: