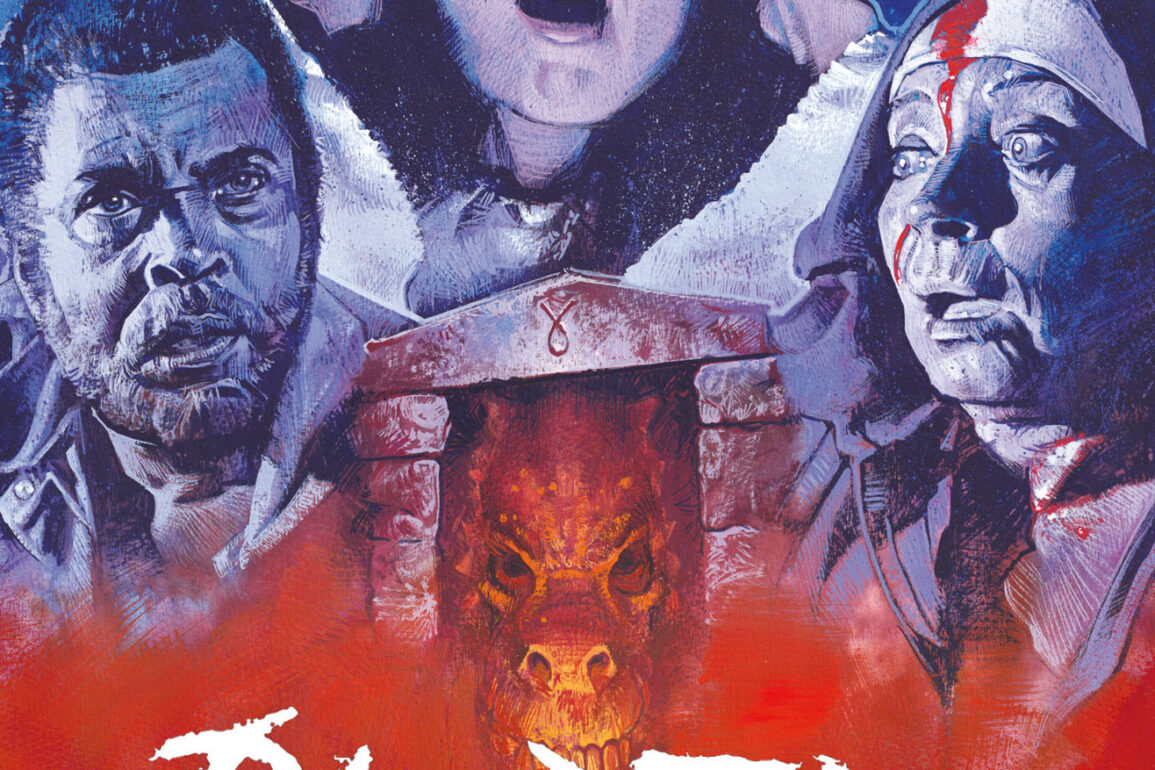 A sometimes eerie and flavorful creature feature with a definable Lovecraftian mood, Blood Tide works on several levels, and it’s both gory and sexy (and weird too, which is good).

A treasure hunter named Frye (James Earl Jones) accidentally awakens an ancient sea monster that has been lying dormant on a Greek island, and the inhabitants are forced to resume the practice of sacrificing virgins in order to placate the demonic creature.

In the ancient days, the residents of a Greek island must make a sacrifice of a virgin to a sea creature to keep it from devouring their folk all year long. The creature resides in a dank cave, and they send their virgin off in a raft to encounter it and never be seen alive again. Flash forward to the present day, and an alcoholic burnout cum treasure hunter named Frye (James Earl Jones) and his bimbo girlfriend have found the Greek island and while she lounges on the boat or jazzercises on the beach while the locals ogle her, he’s diving in the water and exploring, and when he finds a sealed cavern in an underwater cave, he gets curious … a bit too curious. Meanwhile, an American named Neil (Martin Kove) and his wife come to the island on a small yacht looking for his long-lost beautiful sister Madeline (the gorgeous Deborah Shelton), who has fled civilization to join a convent on the island, but Madeline is no longer the sister Neil remembers, as she’s become a spacy, distant outcast, entranced by a supernatural force that is compelling her to sacrifice herself to the creature living in the waters. When Frye uses plastic explosives to clear the cavern for him to plunder its treasures, he unleashes the beast from the depths, instigating a panic among the cult-like population on the island and kick starting a domino effect of bloodshed and human sacrifice …

A sometimes eerie and flavorful creature feature with a definable Lovecraftian mood, Blood Tide works on several levels, and it’s both gory and sexy (and weird too, which is good). It keeps the creature hidden most of the time, and reveals it only when it needs to, which makes it better. Kove and Jones are solid in the movie, and all the girls are great to look at. Nico Mastorakis produced it, while Richard Jeffries directed most of it. While in post-production, Brian Trenchard-Smith was called in to spice up the creature scenes and to add some gore, which was a good (and necessary) decision.

Arrow Video has just released a new restoration of Blood Tide, and it’s never looked or sounded better. Previously only available in ugly full-frame editions, the movie now can be enjoyed for the first time in splendorous high definition. Jeffries provided a new audio commentary, and Mastorakis is interviewed on camera. 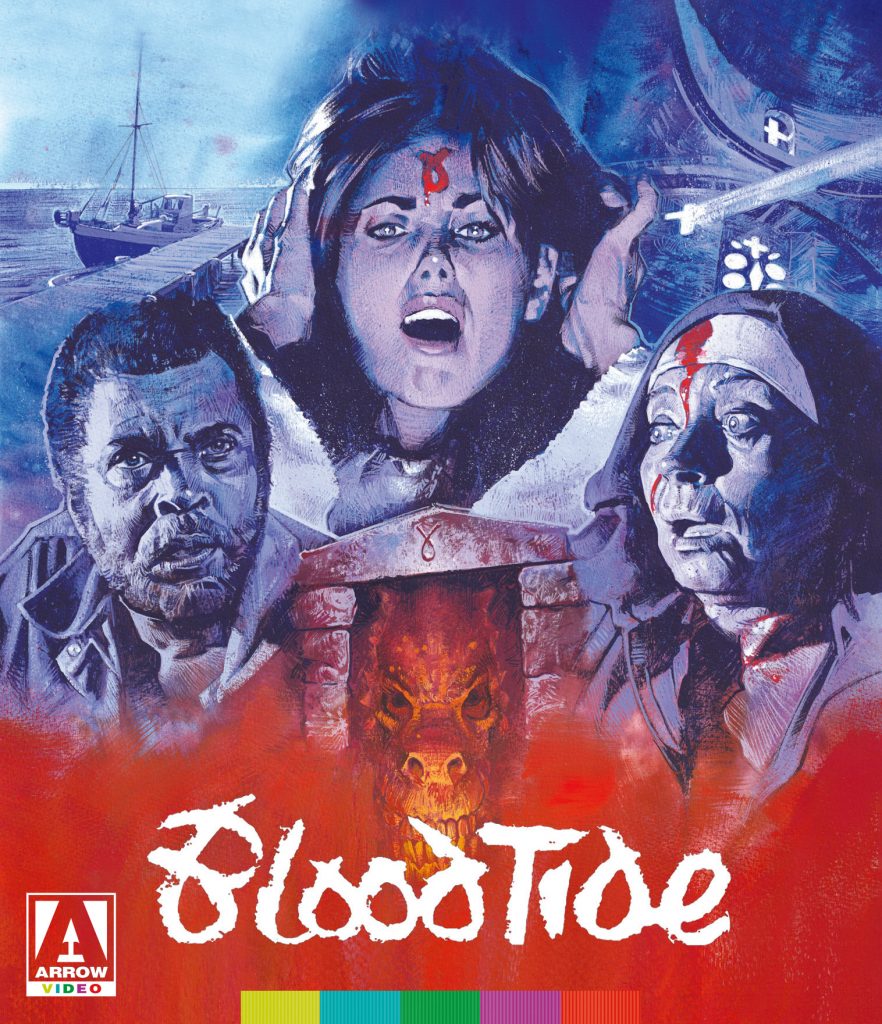