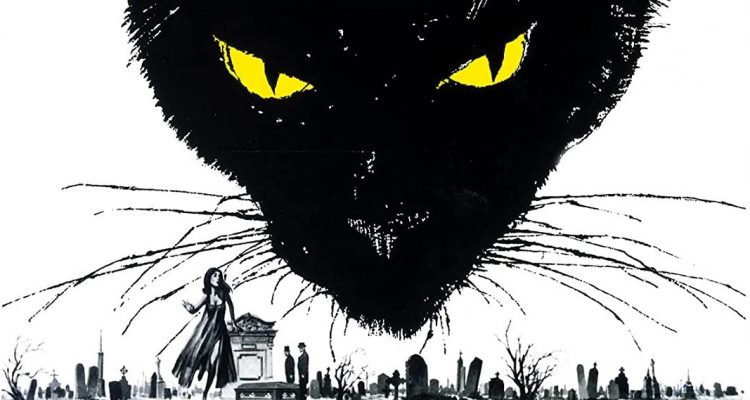 A gorgeous looking gothic horror film from director Roger Corman, The Tomb of Ligeia is an appropriately macabre piece of work that features a perfectly cast Price in a title role he was suited for.

A widower remarries, only to find that his dead wife’s spirit resides in a black cat!

A widower named Verden Fell (Vincent Price) lives on a sprawling estate with a crumbling manor house, and he has just buried his wife Ligeia (Elizabeth Shepherd). Not much remains of life worth living for Verden, but when a beautiful young woman named Lady Rowena Trevanion (also played by Shepherd) rides into his estate by accident and has a fall from her horse, thus begins a new chapter for Verden, who cannot stop mourning the death of his wife. He and Rowena begin a relationship and eventually marry, but his obsession with Ligeia gets in the way of their happiness. To make matters even worse, it seems that Verden is haunted by Ligeia, who appears to him almost on the daily, and what’s even more sinister and shocking is that the very spirit of his dead wife is contained with the small body of a black cat that traipses around the estate. The cat taunts, attacks, and even tries to kill the Lady Rowena, and so Verden goes on a mad rampage to kill the cat, and thus quell the haunting nature of his late wife, who has managed to conquer death itself.

A gorgeous looking gothic horror film from director Roger Corman, The Tomb of Ligeia is an appropriately macabre piece of work that features a perfectly cast Price in a title role he was suited for. The movie has great production values and beautiful locations, and the script by Robert Towne (Chinatown) nicely adapts Edgar Allen Poe’s story to film. A purely ghostly horror film with more mood building than violence, this one is a classy joint from start to finish.

Kino Lorber’s new Blu-ray edition of The Tomb of Ligeia presents the film in a nice looking HD transfer, with three separate audio commentaries – one by Corman, one by actress Shepherd, and another by film historian Tim Lucas – and it also comes with the trailer. Previously available on Blu-ray in a Vincent Price collection from Scream Factory, it is now available in this standalone edition from Kino. 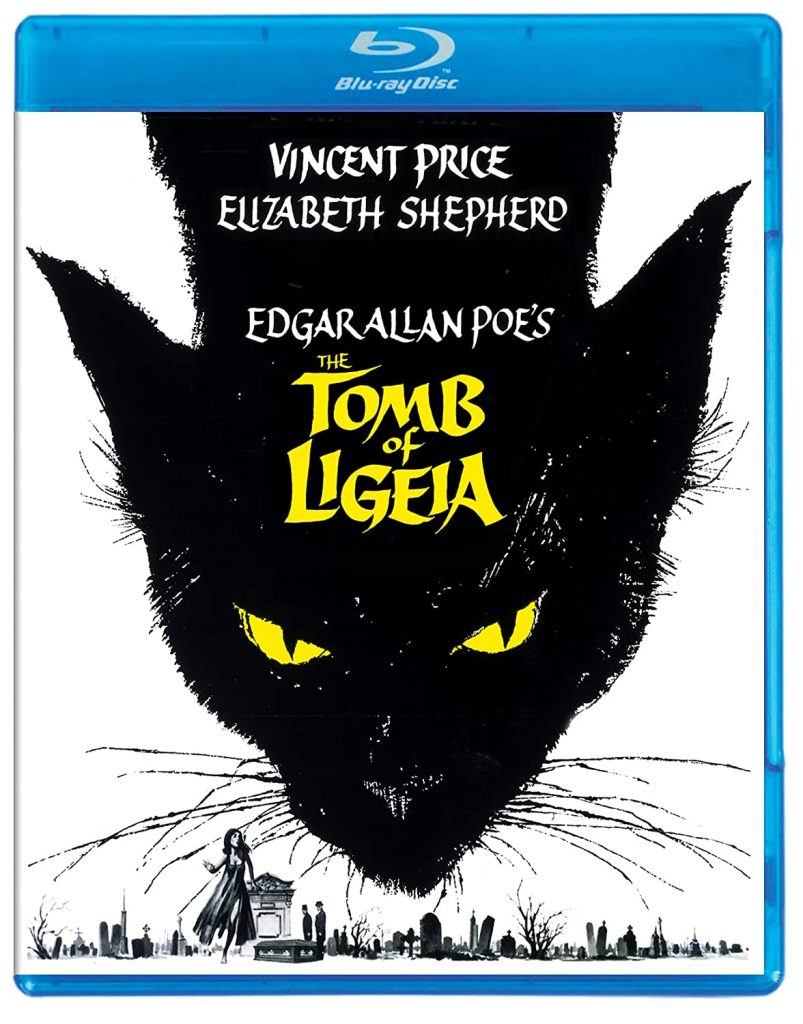