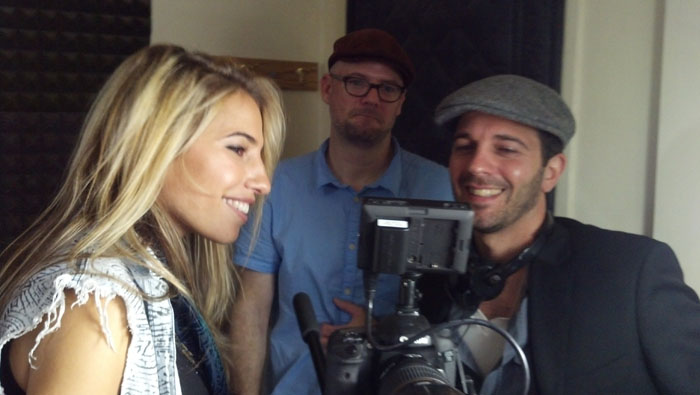 Nick, a music producer in New York City, is dealing with his own demons and chemical dependency as he gets the news of his mentally unstable mothers death. He returns home to Long Island for the wake, where family secrets are revealed, forcing him to confront the lingering influence of his mother even after her death. Back home, Nick finds a new love and a sense of spirituality he never believed in. By retracing his Mothers steps to learn more about her, he starts to find himself. This leads him on a journey he never expected and ultimately onto the path to redemption.

We speak to the man behind “Mommy’s Box”, Johnny Greenlaw.

How much of “Mommy’s Box” is based on real events?

Mommy’s Box is a work of fiction however there are many things that are based on real events in the film such as relationship with the brothers, Mommy’s erratic behavior and the love story between Nick and Jordan.

Let’s go back to the beginning.  How did you get the ball rolling on the movie?

After writing the screenplay with Caitlin Scherer, I started a Kickstarter campaign and we were able to raise our goal of $25,000 through Kickstarter. I do not think the movie would have ever been made if companies like Kickstarter did not exist. Truly grateful for that.

Was it privately financed? How did you go about setting it up?

After we raised the $25,000 through Kickstarter we set out to get the final financing. The Kickstarter raise really got the ball rolling and created serious interest in getting the film made. We were able to raise the rest of the budget through private financiers.

Did you write the lead character for yourself?

We did not originally set out to write a piece for me to play the lead. It just sort of played out that way. I was doing a lot of theater work at that time, acting in several plays, and felt my acting skills were sharp enough to both star in and direct this film. After the script was complete the role of Nick was staring me right in the face, I knew I was ready and had to do it. I figured if we can’t get a big star to play this role than I will do it.

The city plays as much a character in the film as you do. Was it important to you that it was shot in NY?

It was very important for this film to be shot in NY. The parallels of the Nick character and I are very similar. I had just moved from Long Island into Manhattan, and it was important for me to show both worlds and their differences. How does it feel to be in New York City in comparison to how it feels to be in a small town on Long Island? I wanted that to come across.

How rewarding was it winning those festival awards? Did that help you get distribution?

It’s always nice to be recognized for all the hard work that goes into making a movie. We had a tremendous crew and an amazing cast. I was happy that we could all enjoy winning the festival awards. We had just signed a distribution deal with Indie Rights, a few weeks before winning Best Feature at the Manhattan film Festival.

I’ll give you two things that people do not realize about making independent movies. Patience and Inspiration. You must inspire. When you are working on a small budget you really need to get people behind you and believing in the film. You have to be the ultimate motivator. And patience, it takes time to do these things, never give up.

“Mommy’s Box” opens September 30 in LA and is also available day-and-date on VOD.