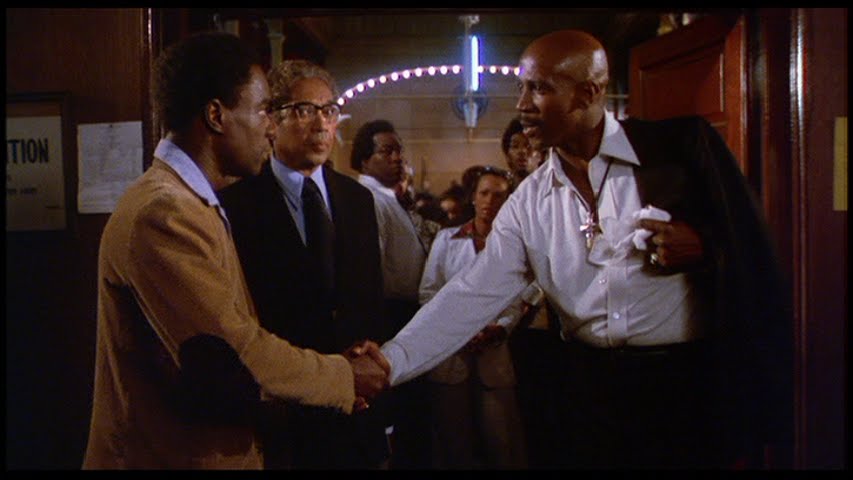 The Blu-ray looks splendid and It’s an unusual hybrid of blaxploitation, thriller, and horror. It has a nasty vibe that runs through the whole movie that won’t be for everyone’s tastes.

Plot: A docile black law student is possessed by a 1940’s mobster in mid-70’s New Orleans. The mobster seeks revenge upon the people who killed him and his sister.

Review: Cab driver Isaac (Glynn Turman) is out with his girlfriend and some friends when they impulsively stop at a theater where a hypnotist is performing. As a gag, Isaac goes on stage to be put under, and while everyone is enjoying the fun of it all, he is inhabited by the spirit of a long dead gangster from the 1940’s named J.D. Walker (David McKnight), who was killed during an altercation after the brutal death of a pregnant woman. Over the course of the next few days and weeks, Isaac transforms into the vengeful, hateful man, the sociopathic J.D. After raping his own girlfriend and exhibiting startling violence in public, Isaac begins to realize that he’s been possessed and starts piecing together the mystery of what happened to J.D., and as J.D. manifests himself in Isaac’s body, those who wronged J.D. will have hell to pay for what they did to him all those years ago.

An unusual mix of blaxpoitation, revenge thriller, and horror film, J.D.’s Revenge is an oddity to be sure. From director Arthur Marks (Bucktown, Friday Foster), it has all the right ingredients to make cross-pollinated fans happy with excessive violence, sex, nudity, and evil spirit hoodoo. It’s not for everyone and ends on a really happy note for having such a nasty vibe through most of the movie.