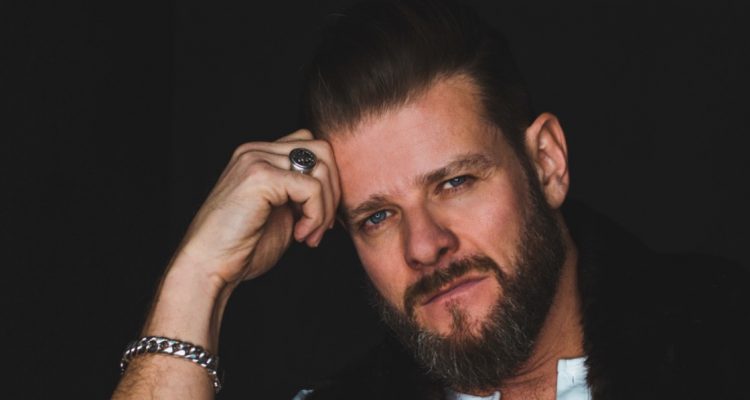 Ivan Kamaras voices the starring role of Dr. Ruben Brandt, a brilliant but tormented psychotherapist who desperately seeks relief by possessing the famous paintings that possess him. Encouraged by several of his nefariously-inclined patients, Brandt embarks on a globetrotting spree to steal a dozen 20th-century masterpieces. From Tate’s Picasso in London to MoMA’s Warhol in New York, these are the canvases that terrorize Brandt in mind-bending nightmares. Now as the infamous “Collector,” and chased from museums to private collections, Brandt must face the art that will come alive before him.

Ivan took time out from his busy schedule to chat with us about his new movie.

How did you get involved with Ruben Brandt, Collector?

I’ve worked with Milorad Krstic, the visual director and creator of Ruben Brandt back in 2001 on Bela Bartok’s Miraculous Mandarin as it turned out later. I guess he had a good memory of me, so he called me in to audition for Mike Kowalsky’s role. I did not have any information of this project at that time, everything was very secretive. The moment I saw the very first frames of the movie, I immediately knew this is   going to be something ground-breaking. Later-on when they informed me, I got the role of Ruben, I got even more excited.

What appealed about the character of Ruben?

Kowalsy supposed to be a real type cast for me. I played a lot of tough, cool guys over my career. Ruben’s character as an introvert with his tormented suffer and elegant intellect has a very sophisticated charm, that I could closely relate to. He has secrets, trying to hide his pain saving his problems for himself, as a top acclaimed psychiatrist highly sensitive about it to towards the outer world. He is trying to handle his mental state, starting to lose his confidence, he can keep it in balance, like a rope dancer between his nightmares and reality.

How do you prepare for a role such as this?

I called my vulnerable side to help me, opened myself to let the character take over and speak through me.

How did you find working on an adult orientated animated feature?

It was a lot of fun especially, because it was so different from anything we are used to. A bit of good things with an amazing taste all put together. A psychic drama, with a lot of humor to it a romantic adventure with thrilling action scenes, horroristic elements, symbols, references to so many things taking us all to a wonderful journey to an outstanding world of art. You definitely   have to see it a couple times to obtain it’s rich visual content and meaning, even for me, who saw it in quite different stages with many changes, gives something new to discover.

Has it given you a greater appreciation for art in general?

I think it has pioneered a brilliant idea, with turning high art into cartoon. Nobody ever tried this before on this level, wit making it relevant for the audience’s expectation according to today’s standards of film making. Making high art popular without being bored sounded a mission impossible yesterday for  most of the industrial professionals. This experiment is an obvious proof that it can be a success.

What did you learn from working on this movie?

It just made  the statement stronger in me, that: “Art is the key to the troubles of the mind”.  I deeply think that as artists we have a mission, that we passionately to feel about spreading culture and art according to our best knowledge. We have to fight for our dreams and nothing is impossible.

Was your approach to this movie different from your live action roles?

It was a different type of work and it was not at the same time. I had to create a character and adjust the features to something that was already painted on a certain level. I could his looks, there was a previous voice recording by Milorad and his colleges to the characters, that gave us an exact guide to the directions. They did an impressive job I had to say with their voices. Helped our work a lot. Milorad was such a confident captain of the ship. He knew what he wanted, but was opened to us. What a genius.

What you like audiences to take away from the picture?

That art can be cool, witty, sharp, humorous, adventurous, scary and different is be beautiful with it’s colors.

What other projects are you working on?

There are a couple of quite different projects from concerts to TV series  and Feature films  on my plate at the moment. Every each one of the is exciting for different reasons.

Thanks so much for taking the time to chat.