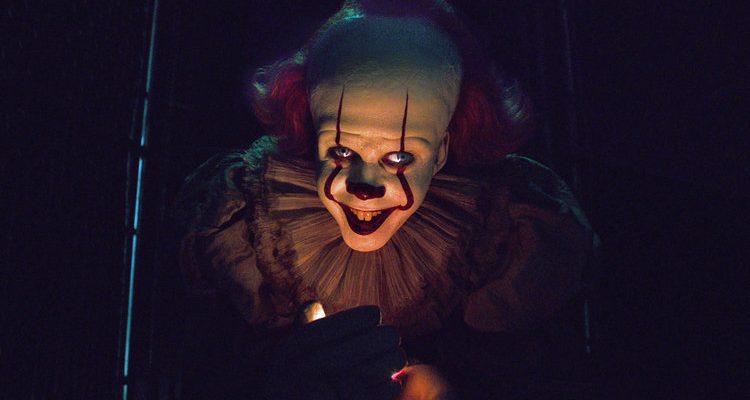 IT: Chapter Two has a few scary moments but it was always the characters that made the story so engaging. The cast are all fantastic and there are a few scares but personally I prefer Part One.

Plot: Twenty-seven years after their first encounter with the terrifying Pennywise, the Losers Club have grown up and moved away, until a devastating phone call brings them back.

Review: IT: Chapter One was a box office phenomenon when it was released in theatres in 2017 so the sequel was highly anticipated, and it’s already been a huge success.

You may wonder why I was so late in going to see it, but I find horror movies are horrible experiences in the theatre these days as the type of audience they attract are usually annoying as fuck teenagers who can’t shut up or put their phones away for 5 minutes. I was not wrong and even leaving it for a week and we still got a theatre full of dickheads.

Anyway, I always found that IT was scarier for people who hadn’t really seen that many horror movies before however, Chapter One had some decent jump scares and a sharp script with the kids delivering some hilarious dialogue. Chapter 2 is set 27 years later and the kids are now grown up and have forgotten all about the events of their childhoods… until they get a call from Mike that IT has come back.

So the crew return to Derry and agree that the time has come to finally put an end to IT forever; they start to remember their adventures together and they will all have to face their fears if they are to survive.

Chapter Two starts off with a hate crime that is the toughest scene of the movies to sit through and what’s even worse is that it was based on true events. To me that was the most disturbing moment in an otherwise ridiculous but entertaining horror flick.

I liked the running joke that Bill (James McAvoy) is an author who doesn’t know how to write a good ending which made me smile as I always hated the finale of this story.

Even the mini-series and book ended with the stupid monster so for me IT never really was anything other than a fantasy tale.

There is a great use of flashbacks to when they were kids as the fear aspects work so much better as I find as adults the things we fear are very different. It’s almost a study of PTSD as to how each of the characters tries to deal with the various individual traumas in their lives which makes this more of a character study rather than an out and out horror flick.

There are a few jump scares and despite feeling overlong it moved along at a decent pace and was never boring. There probably could have been a few minutes cut for the sake of our bladders, but we get time to really get to reconnect with these characters and build up our relationships with them again. Speaking of which the casting really was spot-on with the adults looking similar to their younger counterparts, so you believed they were the grown-up versions which kept things flowing well.

As everyone has already stated Bill Hader steals the show with some hilarious one-liners so he provides a lot of the humour but also the pathos of the story as Richie. Every cast member gets their moment to shine though and James McAvoy never disappoints in any role. Bill Skarsgård is every bit as creepy as Pennywise this time around but I did find that he just wasn’t in it enough which made it a less intense affair than the first.

The score worked perfectly and the introduction of some epic choirs during the climax was fantastic.

Overall, IT: Chapter Two has plenty to enjoy with the characters still as engaging as ever but I found it less scary than part one and it’s probably not a movie I would want to revisit often. It’s worth seeing just for closure on the story but I’d recommend waiting until Netflix so you don’t have to watch it with the general public *shudder*.