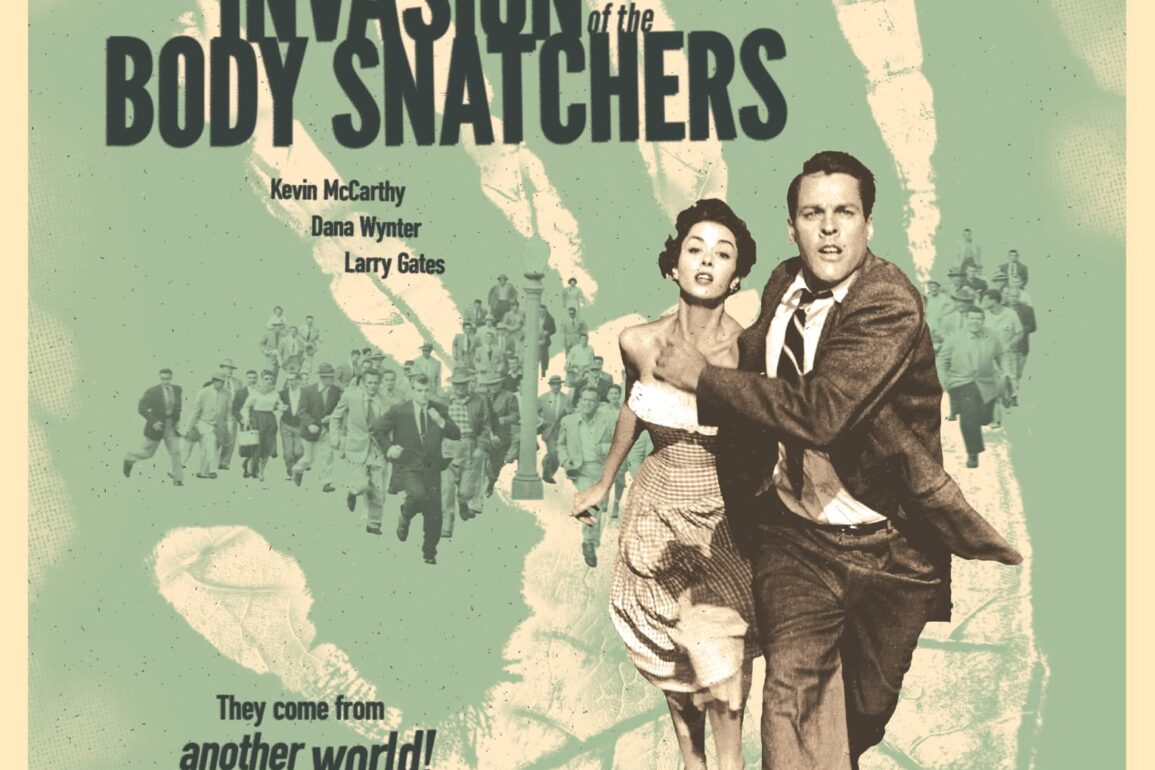 “Look – you fools! You’re in danger – can’t you see? They’re after you, they’re after all of us! Our wives, our children – everyone! They’re here already! You’re next!”

Plot: A small-town doctor learns that the population of his community is being replaced by emotionless alien duplicates.

Review: Solid alien takeover / paranoia film is set in an all-American town. A doctor (Kevin McCarthy) begins to see some strange behavior in his patients who have a range of complaints. One boy cries that his mother is no longer his mother, and men and women throughout the town declare that their parents / siblings are not who they seem to be. The doctor very quickly discovers that an alien organism is hatching exact clones of people while they sleep, and when the clone is hatched, the original human is dispatched like an obsolete model. In a short time, McCarthy is dodging the entire town, which has been converted and taken over by the pod people. By the end, he is completely overwhelmed by the invasion, as the whole world seems to have been subjected to the conversion. A last moment declaration by the military may save the world, but who knows if they can fix the problem in time?

The quick pacing of this film overlooks some important developments such as the fact that we never really get to see what happens to the old bodies and how the transference of the victims’ memories is achieved, but we get the point. The invasion is quiet and pretty non-violent, and that is the key to this story. Don Siegel directed this, and to some, this is the most superior film version (so far, there have been four) of Jack Finney’s story The Body Snatchers.

Olive Signature’s new high definition restoration release is the best yet. The entire package is very handsome with premium packaging and ported-over special features from the previous DVD release. Special features include on-camera interviews with filmmakers and actors involved with the movie, as well as admiring fans, audio commentaries, and an insert booklet with an essay. This is one of Olive’s nicest releases to date.