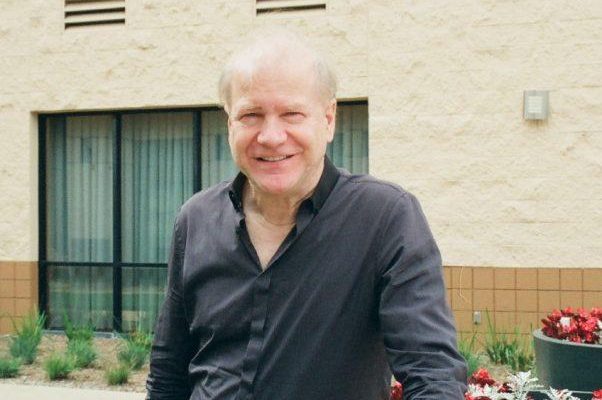 For a span of over 40 years, Paul Kyriazi has been on the creative end of several cult films. With an adventurous military background where he even made a movie during his time with the Air Force, Kyriazi can be associated with the term “James Bond Lifestyle” and even has seminars on this very phenomenon. His recent film, Forbidden Power, rolls many of these experiences into one, adding mysticism and noir to the mix. He provides his time explaining much of these aspects of his life and latest project in this interview.

Tell us about your early life and the decision to write stories and make movies. Was there any one particular moment that you knew it was something you wanted to pursue?

That’s an easy question, Nathan. When I was eight, I saw The Making of 20,000 Leagues Under the Seaon Disneyland TV. I was intrigued by all the behind the scenes information. Right then, I decided to make movies, too.

When I was 13, The Twilight Zone TV show started,so I started writing short science fiction stories with a surprise ending. By age 15, I was making 20-minute action dramas with my dad’s 8mm camera. Then came film school and 16mm karate dramas winning the Berkley Film Festival twice. A few years later, I raise money to film a 35mm Technsicope feature film about three Japanese samurai in 12th century England called The Tournament. Forbidden Power is my 7th feature.

What inspired you creatively to form and write Forbidden Power? Was there any spark internally that prompted its inception?

Personal empowerment ideas always fascinated me, and I read a lot about that subject to continue as a freelance movie director. I enjoyed movies on that subject; The Wolfman gains power via animal bit,Limitless and LUCY via drugs, A Star Trek episodeWhere No Man Has Gone Before has a crew member electrified into power.

However, even though I’ve seen how women can empower men with their favors in real life, I’ve never seen a movie about a man gaining special powers via sex. I didn’t want the hero of my story to have super powers, just increased physical and mental powers to give him an edge in business and society.

With Forbidden Power, you return to a director’s role 27 years after Omega Cop. Was there any reason in particular that you decided to get back to directing movies?

When I finished Omega Cop in 1990, the drive-in and downtown action movie theater market was closing down in favor of the multi-plex theaters. With fewer action houses came less demand for independent made genre movies.

I tired to raise money for my next movie, butcouldn’t. When I saw Pulp Fiction a few years later, I was impressed by the novelistic approach the movie took; using dialogue for dramatic plants and payoffs instead of action. So, I turned two of my scripts into novels, and then into full-cast audio-book scripts with effects and music. Basically, audio-movies.

Then I hired my movie heroes that I grew up watching in the theater when I was a boy to perform in them; Rod Taylor (The Time Machine – The Birds), David Hedison (The Fly, Voyage to the Bottom of the Sea), Robert Culp (I SPY), George Chakiris and Russ Tamblyn from West Side Storyand 18 other name actors. I was excited producing those for a few years.

Last year, when Amazon announced that independent movie producers could upload their movies directly to their site, I saw a chance to get the budget of a movie returned without going through a crooked distributor that would return no money.

With the Amazon opportunity, and the newly available 6K Dragon video camera, I decided I could take a chance and produce another movie.

Describe the creative process behind the scenes of Forbidden Power. You had with newcomer actors Lincoln Bevers and Nasanin Nuri leading the way and carrying the entire film. Was this a deliberate decision?

I cast the movie out of Seattle, so if we didn’t get the movie done on schedule and I had to come back to finish it later, as I had done on Ninja Busters, the actors would still be available locally.

However, for the lead of the two leads, I had to go out of town to find the two best suited for the movie; Lincoln in Utah and Nasanin in New York.

The two of them were very serious about their roles and feel into character in their first scenes. The only direction I gave Nasanin was, “Keep doing what you’re doing,” because I didn’t want to disturb her flow of energy.

The only preparation I did with Lincoln was for a scene where he stares down a tough guy. I told Lincoln, “You know you can take him, but you don’t care about it or him. No emotion. Just be ready if he attacks.” And Lincoln played it perfectly. One of my favorite scenes in the movie.

Is it true that you took leave from the Air Force to create your first feature film? This had to have been a stressful decision.

Yes, I did, along with five other guys in my motion picture department in the Air Force. It was stressful because I took leave twice. We got too big and attempted too much. We ran out of money in the first week of filming. A year later, I came back with a smaller crew, re-shot everything and finished. I had refinanced my car, maxed out credit cards and got money from friends by selling percentage in the movie. However, I was happy to have my first movie in 35mm Techniscope. It’s now a bonus feature on the Ninja Busters Blu-ray.

Is there one work in particular which you are the proudest of creating, on any form of media? If so, which one?

My 3rd movie Weapons of Death was a large-scale action movie filmed in Panavision. It broke house records at a theater in New York and one in San Francisco. It played all over the word. I went to many showings and the martial arts fans were cheering and yelling. I wrote and directed that one and had a supporting role doing some stunts I’ve always wanted to do. I’m still friends with the entire cast to this day.

You are the man behind the James Bond Lifestyle seminars. How would you describe them to someone unfamiliar with the James Bond character? Is this something for everyone?

I’m the one who coined the term James Bond Lifestyle in 1998. Now it’s used in various advertising. I used James Bond as an example of efficiency and success. When other people fold under pressure, Bond focuses. He can call up his talent at will and deliver on a deadline. And he never, ever, whispers a word about giving upbecasue perseverance is the number one attribute for success.

I often fall back on the Bond Lifestyle ideas. I had a great fear when I first contemplated making Forbidden Power last year. I even had nightmares about it. However, I knew how to deal with my fears because of the many success classes that I took and the Bond Lifestyle techniques that I teach. I’m glad I faced those fears because the movie turned out better than I had hoped.

Do you have any favorite writers or directors yourself? What are your favorite stories to watch or create?

I like Howard Hawks who directed the original The Thing and Rio Bravo. I like his actor staging and overlapping dialogue. I like the camera set-ups of John Sturges who directed The Magnificent 7 and The Great Escape. I like the writing and script structure of style Quinten Tarantino. And of course, Alfred Hitchcock has influenced all movie directors, including me.

Probably. the movies I’m most influence by are the ones directed by Mike Nichols; The Graduate, Catch 22, Carnal Knowledge, Wolf. I like his continuous designed takes that give the actors freedom to perform and the audience a sense of real time. I did a number of them in Forbidden Power.

What have been the biggest obstacles in your film career? Has there been any moment in time where you were concerned it wouldn’t work out?

In my 20s, when my first movie failed to get sold, I thought there might not be a way to do another feature. However, I figured I could get into TV work. Then, two years later, I got hired to direct Death Machines which got distributed worldwide.

However, the time between features and the energy it takes to raise money for one is very trying. Even when things were slow, I knew creative would come my way, such as the full-cast audio-books I made. I was able to hire movie stars I saw in the theater when I was a boy such as Rod Taylor, George Chakiris, Robert Culp and 16 other stars, so I was very excited and creative in those years.

I’ve learned that there’s only a little room at the top for big movie directors and producers, but there is always a way to get your piece of the action. And it the feature film business, even a piece is exciting, as it was for me making Forbidden Power.

The reviews had been good for Forbidden Powerand two of them ‘hoped for a sequel’ as the story is open for that. So, I hope to make Forbidden Power 2 soon using the same cast and crew.

Great talking with you, Nathan.