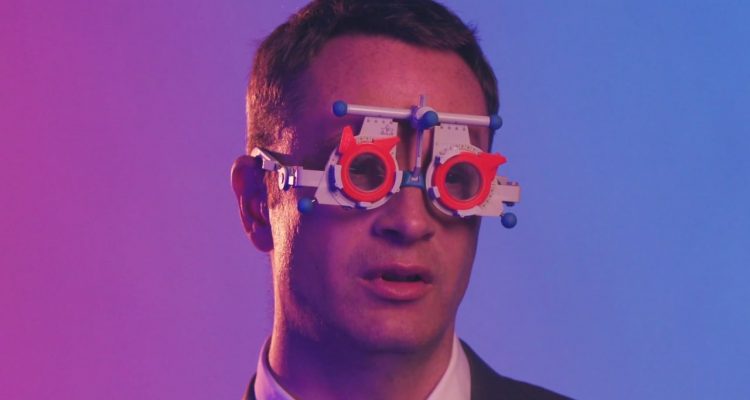 A self-professed traveller from the future, Nicolas Winding Refn is here to bring the art back to film, and thank goodness he’s here to stay to bring hope to the world of filmmaking. Over the last few years, he’s established himself as a true artist of film, delivering some of the most radically unique and vivid motion pictures the world has ever seen, with Drive (2011), Only God Forgives (2013), and this summer’s The Neon Demon, starring a fearless Elle Fanning as Jesse, a 16 year-old beauty, aspiring to make it in the dark wonderworld of fashion. In this interview Refn discusses Fanning’s fiercely focused performance, and the film itself, and his closing remarks show what a creative genius he is. It should also be noted that Refn began the interview, instead of the interviewer.

How was the movie?

You know what? While I was watching it, I had no idea what I thought about it, but while I drove home I listened to the soundtrack. It took me over an hour to get home, and by the time I’d gotten home I’d basked in the light of the movie, thanks to Cliff Martinez’s music, and I realized I loved the film. So there you go.

Thank you very much.

Since I brought up the music, why don’t we start there? How early in the process do you get Cliff on board? You’ve done three movies in a row with him, and each movie is radically different than the previous one, and I could say the same thing about the music. He’s a star player in the last three movies you’ve done.

Well, now since we’re such good friends on a personal level, Cliff was the … my editor Matt Newman, they were the first people that I even entertained about what kind of film I’d like to make. I think that music is one of the first – music and structure – are the first two discussions I have, even before I’ve written the script. How to structure the movie and what kind of sound it could potentially have. Then, Cliff reads the scripts, and we talk about that. He doesn’t do any work; we just talk about it. Then, it’s not until the first tutorial scenes are ready … not the movie, but just the rough cuts of scenes that Cliff comes in and starts seeing it, and that’s when he starts taking it away and begins to do his magical compositions.

Elle Fanning’s performance in this is so focused and so fearless. I can’t imagine anyone else in the role. How did you end up casting her and what are your thoughts on her performance?

Well, Elle is one of those people like Ryan Gosling that has “the thing.” This unique, magnetic talent that just is unidentifiable. With the movie itself, it was in LA, and I was casting, and my wife and I moved our kids out of school from Copenhagen and moved our base to Los Angeles. We rented a house, and I was casting unknown actresses, but no one had “the thing.” I knew someone had to get the role, otherwise there would be no movie. At the same time, if no one had “the thing,” there would be no movie. So it was pretty nerve-wracking. My wife had seen a film with Elle, and she started talking about her, so I talked to her manager, and they sent me a photo shoot that Elle had done from a fashion magazine. Instinctually, I was like, “That’s her.” So the vision became, “Get Elle Fanning.” We basically went in and I had a meeting with her. I said, “I’m a 44 year-old man. I would like to know what it’s like being a 16 year-old girl. You’re 16, and I want to make a horror movie about beauty for your generation.” She said, “I want to make a horror movie about beauty for my generation. It was like, “Great! Let’s slit out wrists, make some blood, and we’ll get going.”

Elle, just like her character in the movie, is required to do some pretty uncomfortable things. I’m thinking of the scene where she’s virtually baptized in gold paint. I would imagine that was a difficult scene to shoot, but it actually had a purpose, and it served as that character’s baptism into the dark world of fashion. Would you talk about shooting some of those scenes with Elle and how you were able to protect her as a person?

Well, absolutely. I’m a father; I have two daughters, so she was no more than four or five days older than my oldest daughter. I was, of course, very delicate and very conscious with working with her, but at the same time, she’s been working since she was two. She was game for anything, but of course there were a few things I couldn’t do, which was great because it forced me to take things in a more creative way. The overall tone to things, she was a very brave, fearless actress. She’s so fucking good.

We’re inundated with big studio sequels and franchises right now. You’re out there making radically unique movies that aren’t like anything else that’s out there. Do you see a future for these radical independent films and filmmakers who are trailblazing the way? I certainly hope that you continue doing exactly what you’re doing.

You know, I’ve come to realize that I love the future. I’ve come to accept the fact that the future – where I come from – is a glorious place to be. And I’ve come back in time to show that in the future the war of creativity will be fought on the internet. And here singularity is the purpose of making something exactly how you feel it wanted to be … it’s one element that can never be taken away from you because the ecosystem of the future of entertainment – the rules that we have today – they don’t apply anymore. That’s the beauty of it. We must remember: Besides all the wonderful blockbuster movies that I go see and enjoy very much, I also want to have the alternative of an experience, and that’s what I do. I make experiences. If that realm – good or bad – doesn’t exist anymore, only the act of reaction … that, to me, is so much more interesting because then we come to see creativity, which is inspiration. It inspires you in your life, and it will travel with you until you die. And that’s the power of film art.

Wow, man. I’m going to leave it there. It can’t get any better than that. You rock. I appreciate your time.

Thank you very much! Spread the word!

The Neon Demon will be released on June 24th from Amazon Studios and Broad Green Pictures.