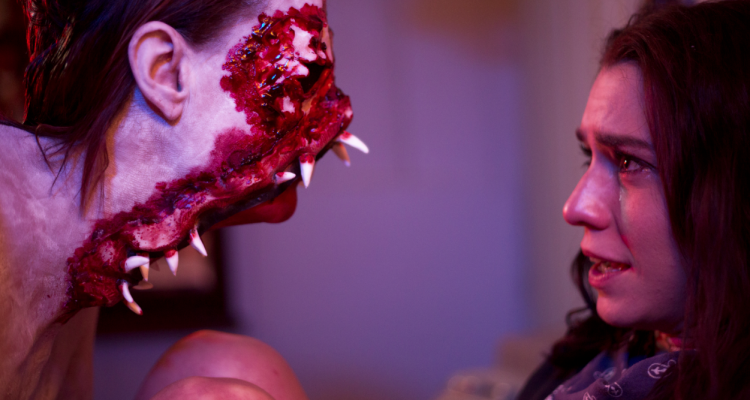 Josephina Sykes, executive producer of “Hi-Death”, tells us about her beginnings in Romania, crafting the sequel to cult classic “Hi-8” and why it was important to her that her latest film included a segment directed by a female.

How long of a journey has this been for you? Have you been making movies for quite a while?

I had a very unexpected journey, being from Romania, I never thought I’d move to the States or dream to make movies in Hollywood. It’s been a fun ride and I’m grateful for it. I went to film school and wanted to make movies since I was a kid, and I started working in production in Romania for the studios over there. After I married Brad, my partner, and moved to LA, I started to work in the independent film industry here, learnt a lot (it’s always good to work on sets, it prepares you for later when you’ll have chances to make your own movies). We created Nightfall Pictures, our production company in 2004 after Brad and I decided that it was the best time to start working together, something we always wanted to do since we met. We got our break as a team and shot “Within the Woods” in 2005.  So, I’ve been making movies for a while, but I’m still very young since I started early!

And why do you think you gravitate towards horror movies?

It just happened for me to produce horror movies. Initially, we started to pitch horror ideas and projects around because Brad had a name in the indie horror genre, a good track record and it was easier (a tad) to get financing. I love making movies, no matter the genre, you always learn new things, so I embraced the challenge. To be honest, I hadn’t seen a lot of horror movies before moving to US. I loved movies and watched a lot growing up, but during my childhood horror movies were forbidden in Romania. The dictator that was ruling us didn’t want to be compared to a Dracula or a Frankenstein, so he banned them! Of course, he was still compared to many monsters, Universal characters or not, but I couldn’t see too many horror movies. That’s why I’m very active against censorship of any kind, because I’ve lived it!

Sure, since moving here I did a lot of catching up because I wanted to learn about the genre my husband was representing and loved. So, with his help and knowledge I got very deep into watching a lot of horror movies, including some very obscure ones. We always watch movies, various genres, from various time periods.

The more horror movies I was working on or producing, more I wanted to learn and understand the genre I was contributing to. I realized how rich it is, and too bad people from the industry (and not only) are snobs and place you in a corner, kind of a ghetto of film industry for making horror movies. There are so many sub genres within the genre and you can express so many ideas, opinions, observations in everything you do if you know how to sneak it in. You can make a pure fun horror, full of gore, but also express opinions about the political reality, economical changes, society in general. What fascinates me (and I like to explore) is the evil behind a human being, not a monster, how much we can harm each other. Fans are very passionate, and they give us energy and their support, they are the best fans among all the genres!

I love making edgy movies, to challenge and disturb the audience, so horror offers that. I like a tough genre, challenging and hard to take sometimes. As a film student, I realized that I didn’t want to be put in a “woman’s” category. Just because I’m a woman why am I supposed to make movies for kids or sappy dramas? I always liked to challenge the viewers and create an out of this world universe! That’s the beauty of cinema, the escapism into another world! And sometimes it can be horrific! 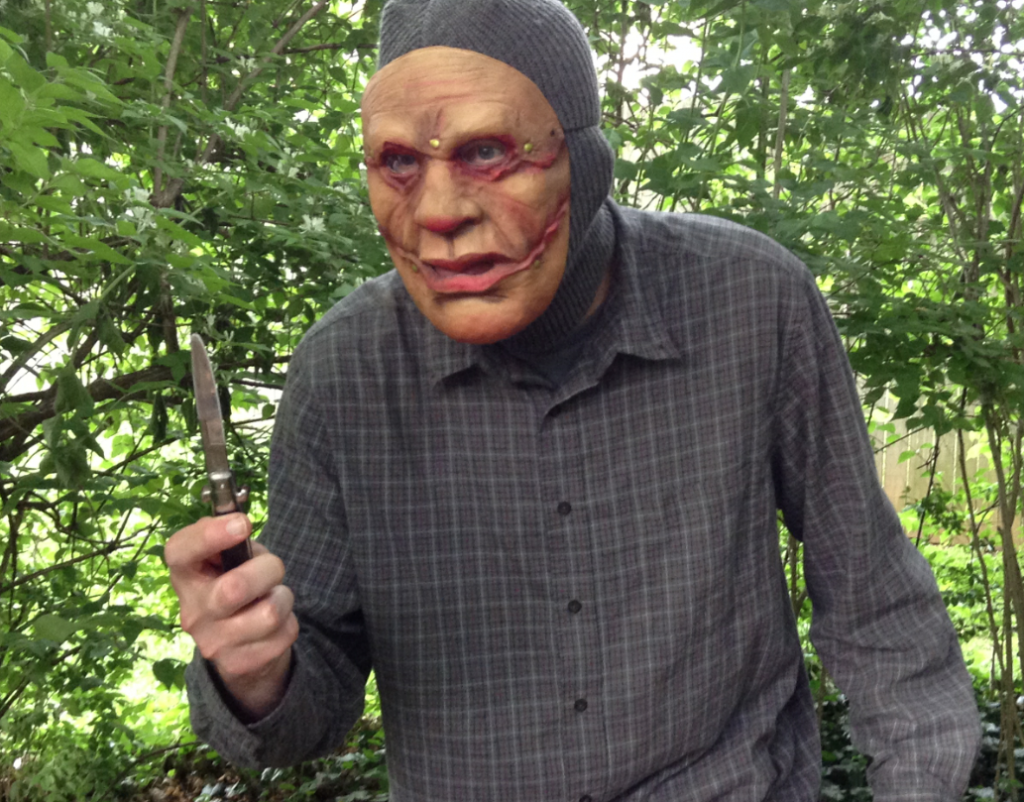 You’re from Romania. Were you the outsider that came to Hollywood chasing stardom?

I was born in Romania, spent my first 23 years over there! I wasn’t looking for stardom moving to Hollywood. I married Brad and took a chance to start a new journey, it was a risk since I was leaving a job and a career in film industry behind, my family and friends. I had to start fresh and learn a lot fast, on fast forward, from adjusting to life in LA to work on movies here. I was hoping to work on movies here and that was the most I could dream for. But I’m happy I got some chances in the US that in my own country I wouldn’t have, or not so fast. Brad is always been very supportive, pushed my limits, he supports women and their rights (that’s one of the reasons I liked him from the very first beginning) and I never had a lot of time to think things over a lot. I just did things, took the challenges and ran!

Tell us how Hi-Death came to be?

“Hi-Death” is the sequel to our previous horror anthology “Hi-8”. We knew we wanted to make a sequel, but shot in HD this time around, we didn’t want the retro vibe that “Hi-8” has, that type of innocence is hard to replicate. So, we wanted something new, fresh, the title “Hi-Death” came to me and Brad liked it, too. It shows our transition to our modern times format wise, but also offers an insight to what the audience will discover watching each segment, all themed around death. We invited Tim Ritter and Todd Sheets back alongside Brad and brought some new blood, up and coming talented director Anthony Catanese and I wanted a female director this time around to join the line-up. Amanda Payton fit the bill perfectly since we worked before with her (she produces Todd Sheets’ movies) but also ventured into directing her own shorts. And that’s how a long, but fun journey started!

Can you tell us about your husband Brad’s segment?

Brad and I wrote “Cold Read” together and we were hoping to avoid having big creative differences. But we worked very well together since we’re both so passionate about the story – an actress who’s trying to have a come back and goes to an audition that goes very, very wrong. We poured our personal experiences of abuse that we either had to take or witnessed. We wrote the script before the MeToo Movement, but “Cold Read” addresses how much abuse people are willing to take in our industry in order to make it. Brad directed the segment with long takes, lots of hand held, in the manner of a Donald Cammell movie or “Black Swan”. I produced it, we shot it over two days in a small theatre in LA, with a great cast and crew. Fabiana Formica (from “Cemetery Man”) plays Juliana the lead, Jay Sosnicki the abusive director and Julia Vally, his conniving assistant. It has some twists and turns that I don’t want to reveal, but the segment invites discussion and now that the movie is released by Wild Eye, we’re looking forward to the fans’ feedback! 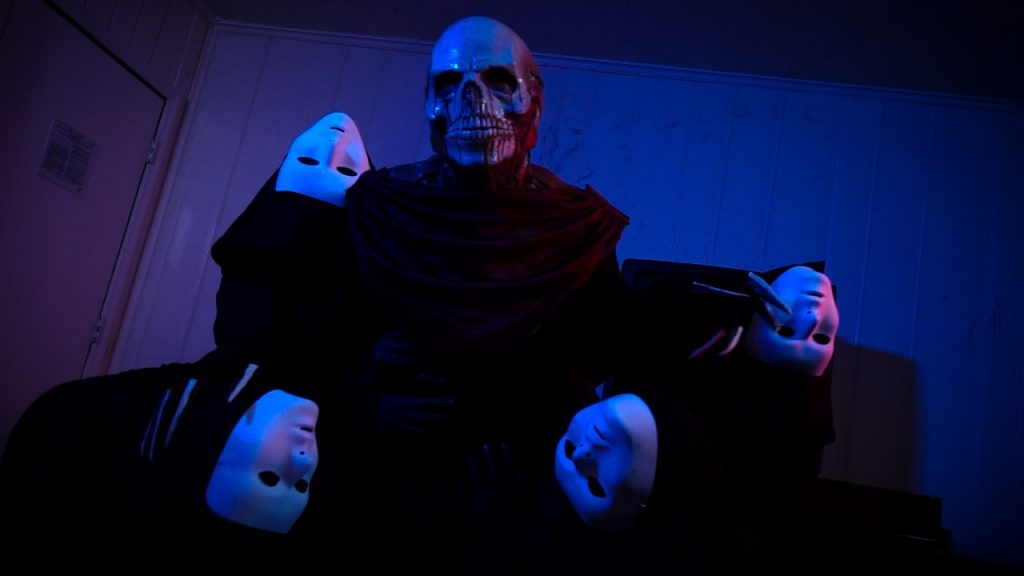 Is each segment very different?

All the segments are different, Brad and I make sure of that, we try to avoid repetition, read all the concepts, scripts that all the directors send over with that purpose in mind (and not only). But besides the death theme that everyone “attacks” in their own way, there are here and there some coincidences, some similar ideas, images, etc. The stories are different and since everyone had creative control, you can see each director’s visual style, the themes and styles they’re known for or something totally different they wanted to explore and experiment with and the length of the segment allowed them to do so. Once again, it’s always fun to discuss – what fans expected versus what the directors chose to create. That’s the beauty of anthologies, they lend to discussions and that’s fun for us, too. What we want is to celebrate the director as an author, or auteur as the French say. Usually movies are about their stars, in our case with “Hi-8” and “Hi-Death” the stars are the directors. As a European, I embrace that!

Can you tell us what we can expect next from Nightfall?

We have a few projects (we call them movies only if they get off the ground) in various stages. I always would want to shoot something in Romania (Brad would love to do that also since we met on a movie set over there and we visit and explore the country occasionally, always inspiring), but right now we’re focusing on “Hi-Fear” to complete our trilogy of anthologies. We’ll reveal more later on, but we can say that one cool segment is in the can, in the editing bay, a couple in pre-production and a couple in development. It’s fun to explore your inner fears and that’s what we’ll be doing this time around to create more conversations and bring to the fans cool, original, never done before, scary segments. What are your fears?