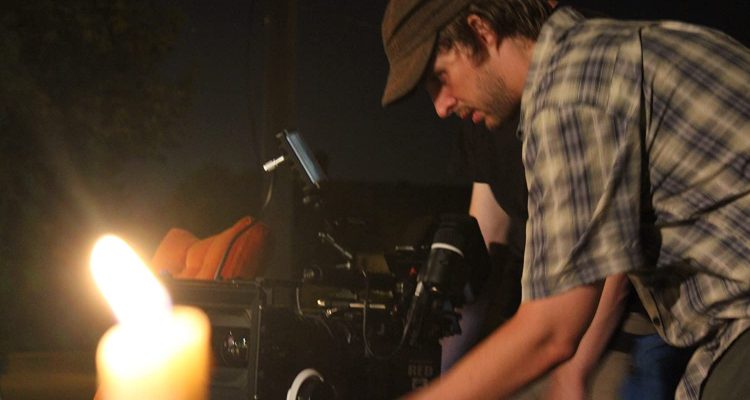 Shot in two true single takes, filmed simultaneously in two different parts of a city, Gavin Michael Booth’s Last Call is a real time feature presented in split screen showcasing both ends of a wrong number phone call that has the potential to save a life.

The film, opening this Friday in virtual theaters, follows a suicidal alcoholic on the anniversary of his son’s death. When he attempts to call a crisis hotline, a misdial connects him with a single mother working as the night janitor at a local community college. The split screen feature showcases both characters in real-time as they navigate a life-changing conversation.

Last Call. What an undertaking the film would’ve been- what inspired you to shoot a one-shot, movie?

I’ve been a fan of single-take projects for a long time. I had another feature in development that almost filmed that was also in a single take. I’ve done multiple single take music videos. I also directed the world’s first live movie project for Blumhouse. It was a short but being live it was also in real-time, no pauses or cut aways. I really like the kinetic energy it gives a film. With Last Call, it felt like the best tool to but the audience into the character of Beth’s situation and journey. You have to hang on every word she says knowing that at any moment a wrong through, sentiment or choice could have a dire outcome.

The two actors were filmed at different locations?

Correct. At the same time. Two small crews worked in different parts of a city to film both sides of the story simultaneously. The actors are actually acting over a phone call. Two single takes that had to go perfectly in order to complete the film in one go.

And the music too, was performed as you shot?

The music was performed and recorded live in a single take as the film was but it was done later, not the same night of the filming. 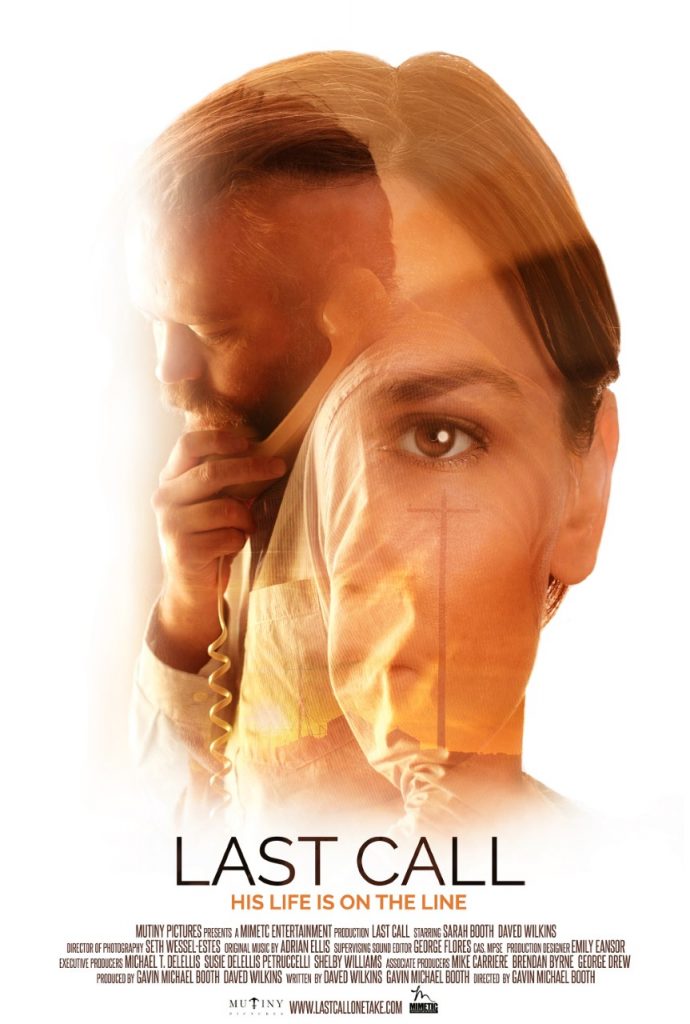 Is there another movie you’d say your movie is reminiscent of?

Mike Figgis’ “Timecode” for the real-time and split screen but in terms of story it is more in line with the Linklater “Before” Trilogy. Two characters, a never-ending conversation.

Were there any inspirations?

How many one-shot films have there been? I can’t think of too many…

A handful. Most are done with hidden cuts along the way. They are real-time but not true single take. Timecode, Russian Ark and Victoria come to mind as tried and true single-take movies.

Where can we see the film, Gavin?

Sept 18th it is available on Alamo Drafthouse On-Demand virtual cinema. Then on Oct 27th it will be available for digital rental and purchase.