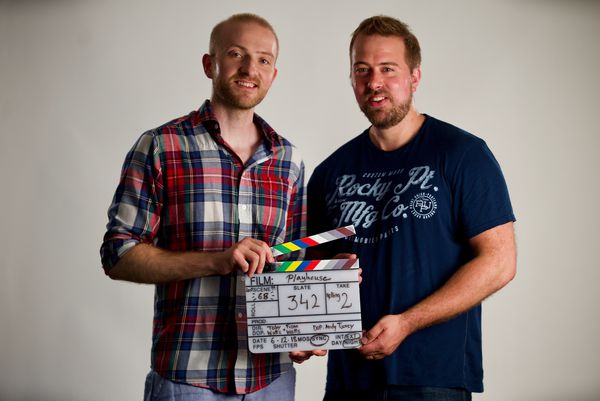 As Frightfest comes to a close, World sales agent and North American distributor Devilworks has picked up Supernatural chiller entry Playhouse for North America and Canada.

The film centres around a notorious horror writer, who moves into an ancient castle with his teenage daughter, to work on his next play; only to face terrifying consequences when his daughter falls prey to a  Supernatural evil lurking within the castle walls.

Brothers Fionn and Toby Watts produced and directed the supernatural chiller, which premiered at London’s Frightfest in August. The film is releasing on VOD in the U.S and Canada this week.

Gents, when did you start making movies – not produced features but just for yourself. As a kid?

We started making movies with our dad when were very young, aged about 7 and 10. These were just fun projects with a Hi-8 camera: comedy horror football films staging silly accidents where somebody’s head falls off and is replaced by a football. This led us to experiment more as teens by writing scripts and casting school friends in short avant-garde movies. We watched Lynch’s Eraserhead and at one point made a horror film where we repeatedly zoomed into a radiator, accompanied by a homemade creepy soundscape and Toby screaming with shaving foam all over his face. Initially, we didn’t have laptops and editing software so everything was cut in camera and later audio dubbed via a CD player. So making movies began very early for us and we certainly filmed our 10,000 hours of crap before taking it professional.

Do you remember what you’d shoot on?

In the early years it was HI-8 and Mini DV and eventually from the 2010s onwards, DSLR’s. The first handycam we bought was a JVC GR-D21. This was an incredible camera as it was just the right weight to get a very steady shot but also light enough to run with creating very kinetic energy and Dogma-style aesthetics in our early work. There’s nothing like making a film with a camera that just has a start/stop button and that’s it — liberating!

What genre did you gravitate towards?

I think we were initially drawn to supernatural thrillers as you could create atmosphere and film these on a zero budget concentrating more on performance and sound rather than expensive special effects. Horror was always something we lent towards, as well as thriller films, especially drawing on the video nasty era that we grew up in the wake of in the early 90s. The nasties had such fantastic posters and felt like forbidden fruit as children. At a friend’s sleepover party we watched Candyman, secretly. We never forgot that night and it made an enormous impression.

Always been a horror fan? Any particular type of horror?

I think we’ve always been a fan of the horror genre but certain sub-genres appeal to us more than others. I think anything that has a supernatural, spiritual or paranormal essence to the story appeals to us. We love the haunted house genre as well as having a fondness for creature horror. Nether of us are particular fond of body horror or gore and we both feel queasy when having injections, but there are exceptions as we absolutely love Cronenberg’s The Fly and Bernard Rose’ Candyman.

Did your folks encourage you to partake in a career as a filmmaker?

I think they did but indirectly. Neither of our parents said ‘that’s what you should do’ but seeing that our mum was an actress and our father a writer, it was powerful influence on us to pursue similar paths. I think we realised fairly early on that we wanted to produce our own work rather than get stuck waiting for someone to give you the work, as actors often feel. So writing, producing and directing became the goal for us from from an early age. Our parents have been very supportive of this but have also been clear about the struggles involved and the reality of dealing with a very irregular and often absent income. Much of the business involves tremendous self sacrifice and perseverance and isn’t glamorous, and our parents have shown us that so we were under no illusion what it will take to get anywhere. 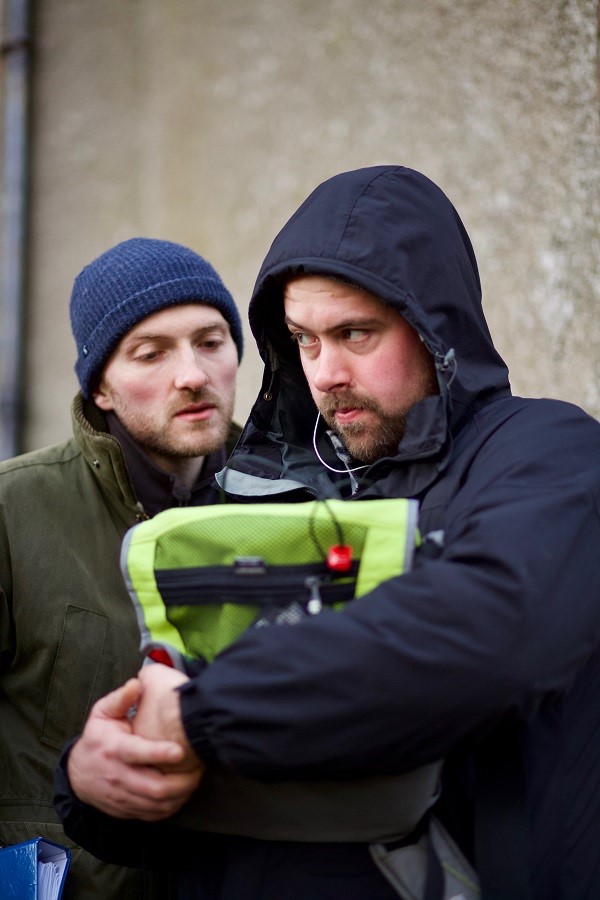 What was your first produced flick?

I think the first film we fully produced ourselves in terms of raising finance and organising a shoot was a series of short films called Dilemmas, devised around moral and ethical issues encountered by young people. Looking back these were a crazy overkill of a production as we had a crew of twenty people working 16 hours to achieve two minutes of drama — and we made four episodes like this. Let’s just say this was a ridiculous luxury of a shooting ratio for indie filmmakers which isn’t normally possible unless you’re Stanley Kubrick. It was a great lesson for us on how to be far more economical and resourceful with our filmmaking.

And how did this one come along?

We worked to develop loads of feature film ideas some years ago, including comedies, dramas, sci-fi, all set at the location we filmed PLAYHOUSE at. And yet we knew something didn’t feel right and that we hadn’t landed on the story and genre we wanted to explore. After a process of digging down into our own past and life experience, we started thinking about a writer who moves to a castle and wants to freak people out, only it starts to backfire on his daughter as the cursed history of the castle re-emerges. The truth is, our dad is a writer who bought a castle, our mum is an actress, and we grew up in the north of Scotland. You put all these things together and you have a semi-autobiographical fantasy supernatural thriller set in your childhood home. So that’s basically where it came from, with a twist of our imagination…

Strangely, yes! We can’t go into too much detail but one of our cast/crew members started showing some worrying signs of psychological disturbance during the shoot which we had to manage. Our 2nd AD set on fire at one point, which was hair raising! Luckily she wasn’t hurt at all but she needed a change of clothes. There was also a power cut on the first night of the shoot that sent people into a panic in the night. During the first take of a shot where an actor has to throw some props out of a window, the wind outside blew one sheet of paper back in, just as we had written in the script would happen. We couldn’t believe it — we thought we’d have to fake it in the edit by cutting around this moment and throwing paper back in, but the elements did it for us. Weird.

And this is based on a true story, right? (wink)

For legal reasons, of course not lol! 😉