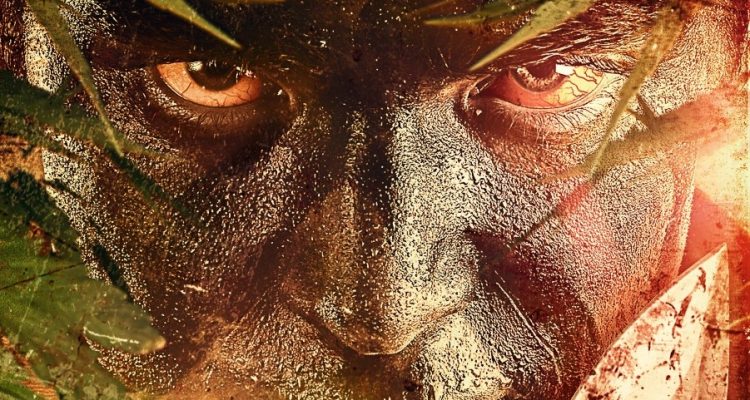 Suspense, smoke and spine-tingling chills are on the menu when horror icon Jamie Bernadette and Justine Wachsberger, star of the Divergent series, face a 4/20 Massacre.

Premiering on VOD and DVD 4/3 from Film Chest, the first-ever “stoner slasher” movie pits today’s hottest young stars against cinema’s next iconic movie monster in a frightening and funny comedy-thriller released just in time for the “The Official Holiday” for weed enthusiasts.

From writer/director Dylan Reynolds comes the story of five women who go camping in the woods to celebrate a friend’s birthday over the 4/20 weekend. But when they cross the turf of an illegal marijuana growing operation they must struggle to survive the living nightmare.

We speak to Reynolds about his smokin’ fun film…

You only need to do a quick google search to see just how anticipated a film 420 Massacre has become. What do you attribute to that to? The presence of Jamie Bernadette? The fact that it’s the first ever ‘stoner slasher’ film?

Cool- we’ve tried getting the word out as much as one can for an indie production and there seems to be some positive feedback thus far.  I think it’s for all the reasons you listed… Jamie certainly has a reputation within the horror community for delivering a solid performance and she has developed a deserving fan base because of it.  And yes- I think our angle on the “holiday set slasher film” is unique.  We also set out to create a strong ensemble of female characters- therefore I think we are giving something “a little new” to the genre.

Was there ever a time when the film wasn’t going to be done independently, with fresh faces, and a gun-for-hire directing? Can you imagine that version?

Nope- this was always conceived to be an ultra-low budget/ indie production.  I do think there’s a version of this movie that could be made in the “El Mariachi vs. Desperado” style where you can basically do the same story but just add more bells and whistles.

There’s a great familial experience with the cast and crew that comes when making an indie movie- a “let’s all come together to put on a show” energy that is infectious and provides a lifetime of memories and friendships.  There are a lot of limitations and headaches that come with making an indie movie and honestly there’s nothing very logical about doing it- but I would say if you get a chance to make a film there are few things that can match the experience of working with a bunch of creative and passionate people.

What films or filmmakers inspired 4/20 Massacre?

I knew I wanted to direct a horror film for my third feature and I gravitated towards the slasher sub-genre because some of my fondest “movie watching” memories from childhood came from late night viewings and VHS rentals of Friday the 13th and Elm Street sequels. But more often than not the slasher sub-genre is treated like the “red headed step child” of horror, even among folks who profess to be horror fans. But when watching some of the earlier slasher films (pre ’84 or “first wave” slashers) I found them to actually be comprised of some interesting storylines and characters.

I have a few Easter Eggs sprinkled throughout the film…  there’s a shot where the killer is running through the forest and dashes in front of the Ranger while he’s driving- which I pretty much stole from Friday the 13th Part 2.  The other shot that comes to mind is a silhouetted of the killer which I modeled from the iconic shot in The Burning during the “raft sequence”.  We also have the Vertigo/ Jaws “dolly zoom” shot at one point.

Who do you think will be the breakout star of the movie?

Like a proud parent you can’t ask me to pick any favourites!  Lol

Jamie Bernadette is great in a “Linda Hamilton/ Sigourney Weaver”-esque kick ass role and I can see her doing stuff like this for years to come.  I predict the “fan favourite” of the film is going to be Stacey Danger who had a great take on the “stoner character”.  Vanessa Reynolds is a fantastic dramatic actor and I think she’ll “turn some heads” in the near future.  Justine Wachsberger has immense charm and personality that really works on screen- so I’m sure we will be seeing more of her.  The actor who impressed me the most as far as taking what was on the page and elevating the material was Marissa Pistone and I look forward to see how her career develops.

Do all the cast do all their own stunts?

Yes- the entire cast went through some training/ rehearsals to learn how to fall and take/ give punches without actually hurting themselves or others.  The one who put in the most work was Jamie Bernadette- who had a number of fight sequences in the film and she went in very dedicated and she really made those sequences work.

Do you envision a franchise here?

Sure… just rent or buy the movie a couple of times! lol

I think there’s definitely potential for some sequels and I’ve got a few ideas bouncing around.  What I wold like to do for the next one is take it from a backwoods/ slasher film and make an urban set “Giallo-esque thriller”.  Giallo films were 70s Italian exploitation movies directed by the likes of Dario Argento and Mario Bava that were pre-cursors to slashers and often had a “who- done-it” plot structure.  So yeah- hopefully we’ll get to make a 4/20 MASSACRE part 2 in that kind of style.