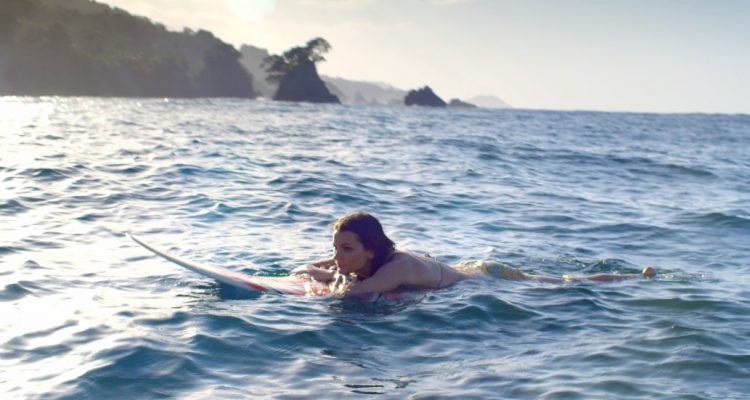 Trinidad and Tobago-born Darisha Beresford is the founder of Blue Basin Films and a director at Zaftik Studios in South Florida. She has won numerous awards for her Caribbean and American films, commercials and television series.  Her latest film, The Cutlass, out on VOD next month, tells of a woman who falls into the dangerous grasp of a sociopath, and is taken into the secluded jungle. She finds herself isolated in a world of natural beauty as she musters the courage to emotionally battle the unsettled mind of her kidnapper.

How did you get started in the industry?

I was a theatre student in High school; then decided to attend film school in Miami for college. I’ve been working in the industry since graduation.

Yes, I’ve had tons of support along the way.

Did you have to work other jobs – maybe you still do? – in between projects? Or has it got to a stage where filmmaking is putting the food on the table?

Yes, I have had to work other jobs and still do… I freelance as a Producer for Television, so I’ve worked on a lot of reality Tv Shows, commercials etc. It pays the bills…

It is changing rapidly, we have access to things we couldn’t have dreamed of having access too say 10 years ago. With that said, the quality of independent films have increased dramatically.

Has it gotten easier over the years? Is there a particular film that really helped kickstart your career?

I think that fundraising for an independent film is a lot harder actually, because the industry is becoming saturated … “The Cutlass” is my debut film.

Do you have a favorite project that you’ve worked on? Maybe it was one that never even came to fruition?

“The Cutlass” is def my favourite so far [Smiles]

And what appealed to you first and foremost about the film?

That it took place in the Caribbean and on the island. I’m originally from, Trinidad and Tobago.

How much time did you have your co-stars mingle together before filming, to get that chemistry down pat?

Joanna and her friends hung out for a week before we started to film, and they only met that week. The villain Al and Joanna only saw each other during rehearsals.

Is there a moment in the movie you found particularly hard to film or really felt for your actors?

Yes, there is a scene that was pretty uncomfortable to shoot, we had a closed set, and tried to do it in as little takes as possible.

Even though THE CUTLASS is a psychological thriller, there are many emotional and truthful layers that can hopefully raise important questions within our society.