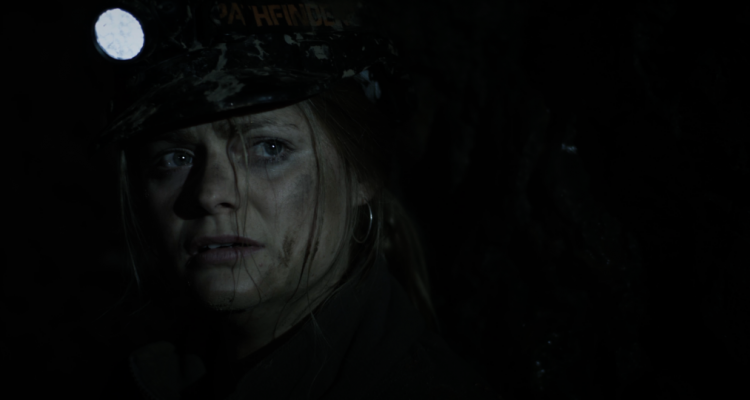 INTERVIEW WITH DAN ALLEN ON IT CAME FROM BELOW

In IT CAME FROM BELOW (Sep 7 On Digital from Uncork’d),  a group of youngsters go deep underground to find out what happened to her father who claimed a monster lurks in the caves and has killed his friends. Wanting to uncover the truth, they will soon be hunted by a deadly creature from another world.

We spoke to director Dan Allen ahead of the release.

Peak pandemic in the UK last year. I think it was August 2020 when Scott Jeffrey called me and said he was looking to make a swamp movie. I’d been toying with this idea of shooting a monster

movie naturalistically, avoiding those moments of the monsters pausing dramatically for their hero shot and stuff. I wanted to do something savage, so I put together an outline which evolved into a cave movie.

And the inspiration? (a bit of Alien Resurrection – sorry, the geek in me coming out – there?)

OG Alien was 100% a reference! I wanted to keep the monster hidden in the dark so you had this perpetual sense of it being somewhere just off screen. To me that is always much scarier so you

don’t see too much of it throughout. And ‘Dark’ the German Netflix show was the main style influence. I’ve always loved magical realism and the way that show handles its characters alongside the sci-fi elements is amazing. It helps they also have a cave. Obviously I have to mention The Descent. It’s like THE cave movie. But I held back on rewatching it till we had a solid working script because I wanted us to do our own thing.

Where do you start with a creature feature – the ‘creature’ or the characters?

Good question! I normally start with the monster because there will be a particular type of villainy that’s interesting to me. But then you can work backwards quite quickly, asking ‘who is the worst

person to face this creature’ you know, ‘whose going to have the toughest time’. For this that turns out to be Jessie, someone grieving and hell bent on finding a monster who actually just wants to

And how many drafts did you go through before settling on the finished script?

I went through a few outlines with Scott, then we got Sam Ashurst onboard to script, who really developed the characters and also introduced the Rangers into the story which added a lot. Sam

wrote two or three drafts I believe before some last minute re-casting meant I had to do some rewrites and change some fo the relationships and journeys they were going on.

So many great moments – did you have a favorite to film though?

Thank you! The flash flood was a lot of fun. That scene was comprised of a miniature set up with small rocks and a bucket. Then we blacked out a shower in a youth hostel and threw buckets of

water and fake rocks over the actors as we tumbled them and my iPhone around… There were also lots of cool character focused scenes which are amazing to be on set for like Jessie and her brother Sam. Meg and Jake (the cast) just smashed those emotional beats and it was inspiring to watch. There was also just copious amounts of singing on set. And accents. I’m not sure why but there were a lot of fake accents.

Ooooh I don’t know. I haven’t really thought about it. I try to make the film I’d enjoy most and there’s a lot of international influence. The film has a slight European feel to it, in that it starts in

media res and doesn’t waste time telling you background information. Everything is hearsay in the film; the characters can only speculate. There’s no rushing off to the library to google some solid

facts about the monster. But I think that will be appreciable wherever you watch it. There’s no audience coddling.

And if it’s a hit, are we talking a further sequel?