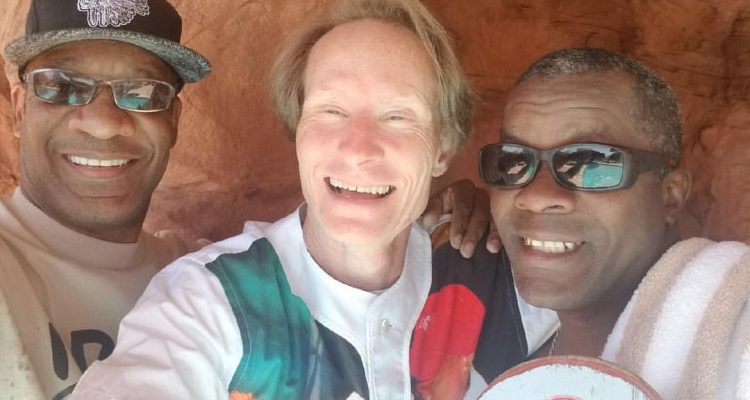 Charlie Samuels and his friends have been skateboarding for the better part of twenty years. Virgin Blacktop, screening at the Margaret Mead Film Festival on October 21, is his story.

How long have you been in the filmmaking game for?

For over 40 years but this is my first feature length film that I started in 1994 – by far my longest.

I know you’ve had a background in the media. Was it directing you always wanted to do?

Not consciously – as a photographer I direct all of the shoots as a photo illustrator and the rest is photojournalism. One of my photo specialties is action-sports so I made it all about showing motion with stills. And film has motion built right in to the medium itself so filmmaking was a natural progression for me. But throughout my life I’ve always organized people together so it is second nature. When I was a toddler I would make up elaborate stories  with my stuffed toys and a toy aircraft carrier by myself and hold large Halloween parties as I grew up across from a cemetery – which is in VIRGIN BLACKTOP.

When did you begin skateboarding?

I immediately fell the first time I stepped on a skateboard – which got me hooked as I felt the pull of respect, then challenge. When the Wizards started skating in the 1970s we were considered social outcasts by the mainstream but to us we felt we had discovered this incredible device of self-expression, not unlike a guitar, that also had a tolerant social sub-culture. We were obsessed with skating — it was our first love. I slept with my first skateboard in 1976, the year of America’s bicentennial. 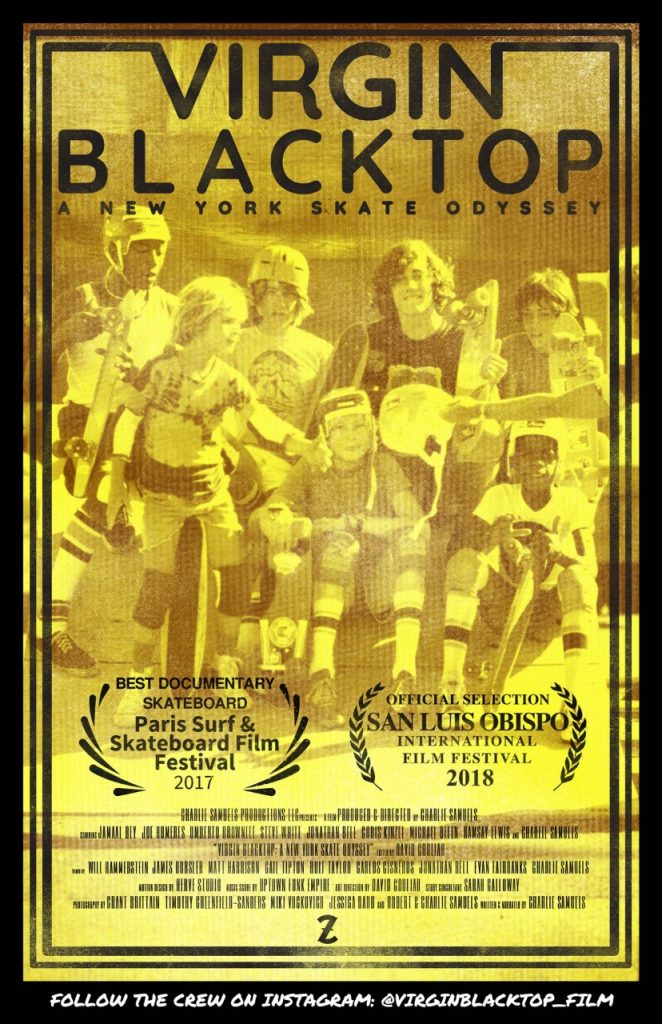 How did you decide what to include in the movie and what not to include?

Basically, if it didn’t have anything to do with the storyline, it was cut. I worked as almost equal partner with David Couliau, my French editor and a former pro skateboarder himself. He deserves a tremendous amount of credit for the story structure and also my story consultant, Sarah Galloway who helped edit “Hoop Dreams” who also happened to go to my high school and had known of the Wizards. We also organized at least a half dozen test screenings which were tremendously helpful, I don’t know how any filmmaker does without them. We started out wanting to break the 3-act structure and/or edit it in reverse chronology. But basically we weaved the 8mm film, interviews, memories and mini-stories around a story structure that, depending on who you talk to, ending up being a 4 or 5 act structure. It came together naturally because it is nothing but the truth in chronological order — completely genuine and as real as it gets. I could make another film with the outtakes for sure and my shooting ratio on one-camera shoots was almost 500 to 1. There is so much that didn’t make it in that it kills me to think about it but I hear all filmmakers have to “kill their babies”.

At any time was there a possibility of selling the script on – and that being your only involvement?

There was no script until the film was done. Only then was it transcribed in its entirety for translation to other languages. I HAD to be involved with absolutely every decision on VIRGIN BLACKTOP because I had a vision and the story had to be told. Of course if someone is interested in a drama remake I’d be open to selling the script as long as the story’s integrity is kept in tact.

Could you imagine how different a film it might’ve turned out?

Sure, I’m imagining it now and it would certainly be A LOT easier then making this documentary!

How’s the feedback been?

Completely amazing! It’s been a dream come true to have audiences belly laughing, crying, yelling “Bravo”, clapping, dancing at the end and giving standing ovations (who does that anymore?)

And tell me, how hard was it to skate down the altar on your knees!? That really happened?

I skated down to our wedding altar on my hands actually. It was no biggie – handstands on skateboards are easier than on land and they haven’t had cred since the ’70s. My plan was to pop a handstand on the road outside in my suit but it was pouring rain that day and the rain soaked the wood surface under the tent so I soured on the idea. But, at the last minute, my best man urged me on anyway and said, “so what?” which challenged me and that made me determined to pull it off. But the crowd yelled so loud that it kinda scared me. I wasn’t expecting that reaction and didn’t want to steal the thunder from my beautiful bride, which I didn’t.