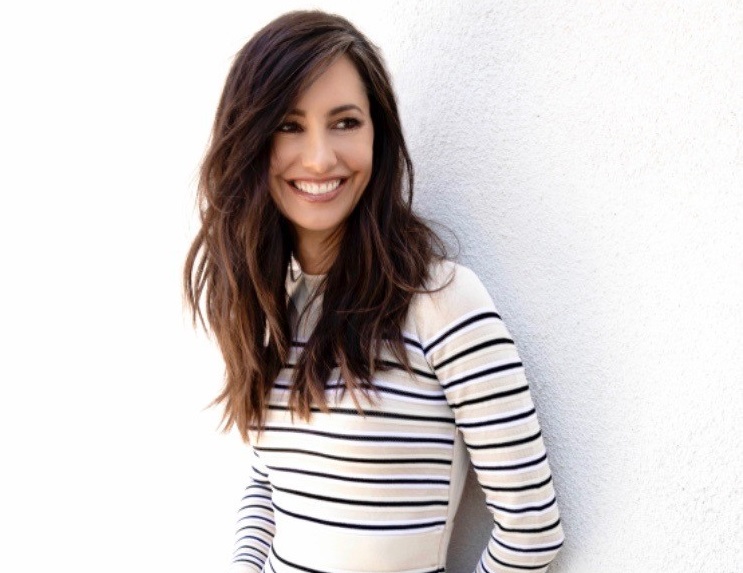 Best known for playing Wendy the Waitress on TV hit How I Met Your Mother, Charlene Amoia emerges from the bar to get her yuletide spirit on in a new holiday film. Airing November 5 on GAC tv, A ROYAL CHRISTMAS ON ICE not only gave Amoia the chance to star in a film aimed at families but make a movie back in her hometown.

The big question, one you mightn’t even be able to answer, how likely are we to see ‘Wendy the Waitress’ on HOW I MET YOUR FATHER?

Hahah. I think we would have to ask the powers to be on that one! I would, of course, love to play Wendy again and be involved in the How I Met Your Father world.

Have you seen HIMYF? How do you like it so far?

I watched a couple episodes and did enjoy it a lot!

I imagine HIMYM opened a lot of doors for you? Just what did it do for your career

It’s hard to say what doors may have been directly linked to my HIMYM time. I am the extremely grateful for the experiences I had on the show and all the wonderful people I got to meet and work with because of it.

At that stage in your career, did you consider it your big break?

I would say it was the time my career starting having some wonderful momentum.

How’s this new film differ from previous work, particularly the films THE CONJURING TDMMDI, BIRDS OF PREY and AMERICAN REUNION? I understand it’s aimed at a whole family?

The Conjuring, BOP and American Reunion were all studio film franchises that had an audience already built in. Each one of those film sets felt like epic, bigger than life experiences and were a ton of fun to film. This film felt more like a tight family experience and is geared specifically for the whole family to be able to watch it. This will be the third film I’ve done with director Fred Olen Rey so I was excited to work with him and a lot of his regular crew again.

It was filmed on the East Coast, I believe?

Yes, it was actually filmed in my hometown of Buffalo, NY!

Did it require you to relocate for very long?

I think I was there for a total of three weeks which was super nice as I got to spend a lot of time with my family on my off days.

Have you seen it with an audience yet? Or will you be watching it with the rest of America?

I have not seen it yet but look forward to watching on GAC tv’s Christmas movie block on November 5th. Although, I’m traveling in Italy at the moment so I’ll be watching it overseas. ‘