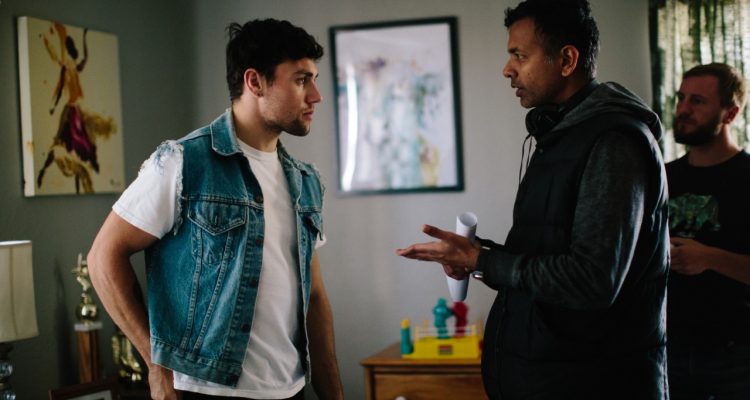 To make ends meet, Tom signs on as a guinea pig at a home-based lab, but when he commits a crime he cannot remember, he must risk his own sanity to reveal the truth.

Hello there. Where are you based these days?

I have lived over twenty years in Houston.  It is home.

And is that where you were born?

South India is my birthplace.  I grew up there until I was twenty-one before moving to the states.

Did you kick off your career there?

Yes, I started my engineering and filmmaking careers in Houston.

I was on a path to the Geek Hall of Fame before I caught the movie-making bug by way of a happy accident.  Graduate school required me to take a minimum number of credit hours to qualify for a tuition waiver.  No required computer science courses were available one particular semester, so I signed up for a theater acting class.  What began as a filler class ended as a lifelong interest.  Several private classes in LA and Austin followed.  While acting in several short films and feature films, I fell for the mechanics of filmmaking and went on to create short films.  They led to my first feature film – Cerebrum.

Well-made movies take us away to laugh and cry and fear and loathe.  They are cinematic spas where we go to relax and heal.  Growing a small idea in my head into a form capable of touching others is a source of pride and humility for which I am very thankful.

What was your first project?

My first project was “Neighbors”, a short film I co-wrote and directed with a friend.  We shot it with a mini-DV camera and used the built-in microphone.  It was terrible.  But doing those experimental shorts was a great experience and I learned a lot from each.  Cerebrum is my first feature.

How do you feel you’ve changed as a filmmaker since then?

My approach to a script changed substantially.  I used to jump right to filming any script I conjured without allowing it to develop and mature – a process that requires space and time… and rewriting!  Nowadays, I analyze theme, pacing, and audience perspective.  I also trust others with writing, editing, vfx, etc., when before, I rarely let go of any duties.  Experience taught me the power of collaborative creation.  In the early days, I was an arrogant and controlling know-it-all.

Have you noticed the industry changing much since your beginnings?

Absolutely.  When I started, producing a feature film was a big deal.  Seeing your movie up on the big screen meant everything.  The landscape is completely different now.  Anyone with a camera can shoot and release a feature film via streaming services.  It’s a good thing and a bad thing.  Good, in that filmmaking has been democratized; it’s not limited to the well-funded.  Bad, in that our small screens are cluttered with cliched and repetitive films.  As with any other consumer-driven business, the new film-industry business model will sort itself out. 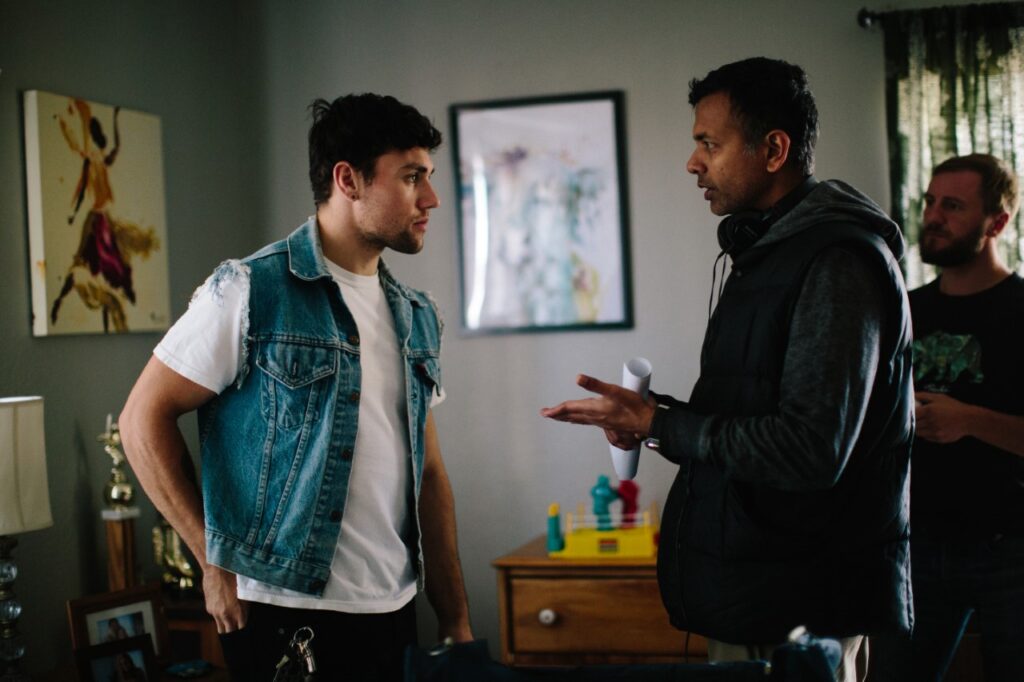 Cerebrum is a science-fiction thriller about a guy who volunteers to test emerging memory-transfer tech.  When he commits a crime he cannot remember, he risks his sanity to expose the truth.

The film is three layered.

Layer One is science fiction –  a man who invents a cure for Alzheimer’s by digitally copying a person’s memory and replaying it when required.

Layer Two is a thriller – the protagonist commits a crime he cannot remember, he has to trust his questionable memory to unearth why he committed the crime.

Layer Three -the deepest – follows an estranged father and son in the healing process.

Subtlety and innuendo niche themselves between the layers throughout the movie.

Lot of research go into this, considering the topic?

There certainly was.  Our memory chip – a half-dollar-sized clear disk we call The Little Noggin – is based on a real-life memory chip called the Superman crystal which can hold 360 TB of data.  I exchanged emails with the actual researcher working on this technology.  I also scoured neuroscience references for information about memory, brain circuitry, neuroplasticity, etc.  Whatever legitimized the feasibility of memory-backups, I tried to find it and read it.

What did your cast bring to the characters that weren’t on the page?

I have two words for you – “James Russo”.  He portrays Dr. Kirk Davis, the inventor of Cerebrum’s memory-transfer technology.  I envisioned him to be a soft-spoken nerd – an urban scientist who settled in a rural area – but Mr. Russo created a raspy-voiced Texan with a brain built for groundbreaking science.  It was quite an inspired dichotomy.  Viewers having seen his interpretation of Kirk Davis cannot imagine the character portrayed any other way.  James Russo delivered a memorable performance in this movie.

What’s ahead for you?

Working on a few feature-length ideas.  Surprise, they are science-fiction concepts.  A notion close to my heart is dystopian time-travel.  Once I work out the plot kinks, I should be able to start churning out a script.  Definitely looking forward to the next big challenge.