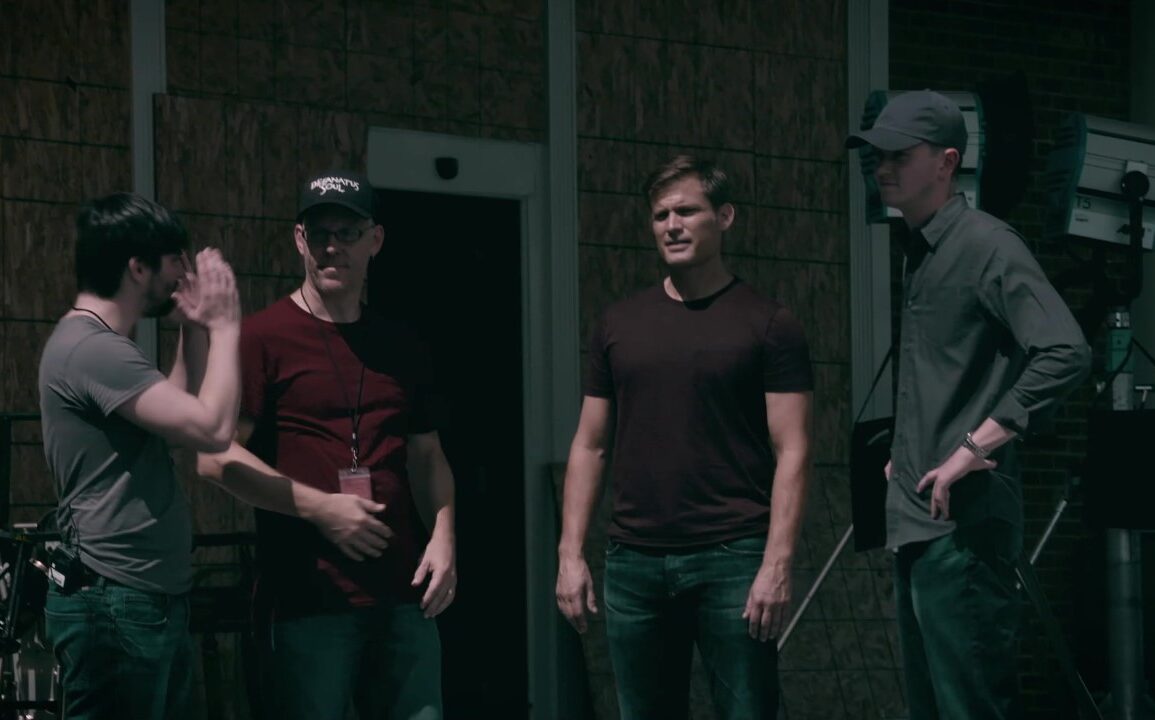 Darkness Reigns, now out on VOD, is the first in what director Andrew P.Jones would like to call a “continuous footage” movie, as he explains in this exclusive interview.

How did the film come about?

With “Darkness Reigns” I wanted to create a new genre that I named “continuous footage.”  I occasionally find people referring to it as “found footage” and that’s 100% incorrect – there is no found footage.  It’s all seen through the unblinking eye of a documentarian’s camera.  So, the challenge, or gimmick, is that these horrific things happen before our eyes and without edits.  Also, if you notice there is no music during the “documentary” sections, which was a really scary decision to make.  I wanted it remain authentic and if we are watching a documentarian’s continuous footage, there wouldn’t be “score” so I made that bold decision early on.  The film is bookended, however, with traditional narrative style scenes.   But, I thought it was a film I could make with very little money because the long takes would allow us to shoot faster than normal, or, in fewer days.

Tell us about the script – how much of it ended up on the screen?

When you make low budget indies, there isn’t any time to waste, so the script has to be pretty tight.  That said, there were some scenes we dropped in editing because I felt they were not giving us any new information and felt like filler.  And, actually, I had to write two additional scenes and go back to shoot them because  my movie was short.  I think it was a byproduct of the long, continuous takes that threw the “page per minute” rule of thumb off.  One new scene took place in the old hotel, and by the time we went back the power had been cut, so, I had to re-work that scene to be in the dark, in “night vision.”  And it actually made it better.

Did you know Casper Van Dien? When did the idea to use him come up?

My casting director, Phaedra Harris had worked with Casper before and she recommended him.  As a practice, I like to meet and socialize with my “name” actors before I cast them to see I how it will be working with them, especially since with “Darkness” we would be in a closed, haunted, old hotel with no air-conditioning, in Missouri, in the middle of August.  So, our casting director set up a meeting at a restaurant with Casper and his fiancé Jennifer Wenger, my wife and producing partner Linara Washington, and myself.  And we all really hit it off, like we’d known each other for years.  I knew right then that Jennifer, who is well known in the horror genre, was perfect for the role of Rebecca Long, the movie star.  And I knew Casper would have a great attitude and sense of humor about playing himself.  And in fact, that friendship has continued now nearly two years later and I can’t wait to work with them both again. 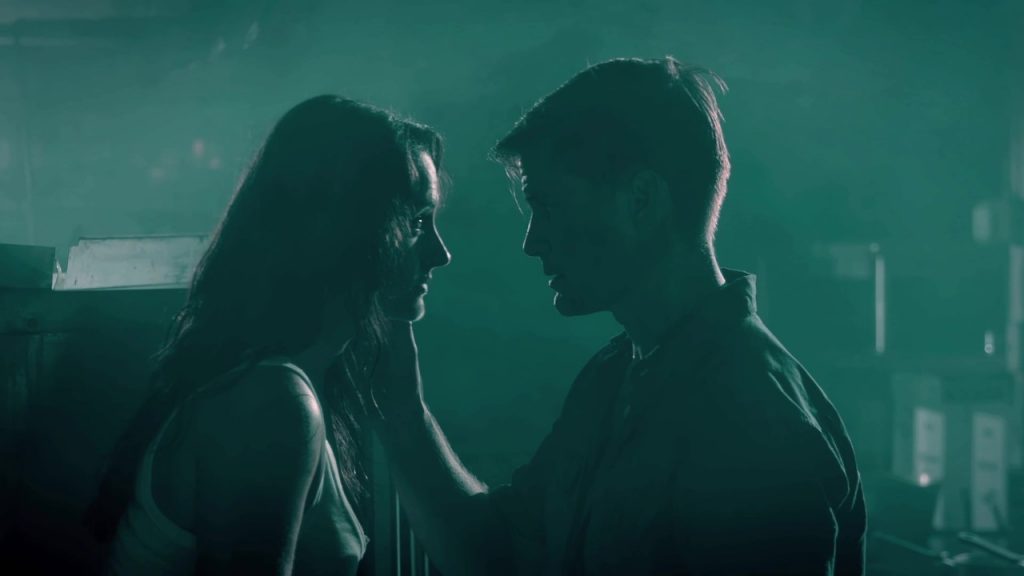 And how close is the film’s version of Casper to the real guy?

Casper plays a slightly surrealistic version of himself, or as we joke – an “asshole” version, which he had a lot of fun with.  He’s been acting a very long time and has the ability to slip in and out of character with no problem whatsoever.  In reality, he is a lot of fun on set and helps to keep the environment light and stress-free.

Did anyone struggle playing themselves? I imagine it’s quite peculiar at times…

Casper is the only one playing himself.   We had a combination of professional actors, and some non-professionals who bring a little authenticity to it.  All the hard stuff was done by professional, experienced actors.  In fact, I favored actors with stage experience because of the long takes, it was like doing a play.  If anyone missed a mark or flubbed a line we couldn’t just “pick it up.” We had to start the take over.  And some of these takes were 7, 8, 9 minutes long.

When did you have your first showing? Did it play in festivals?

As soon as the film was ready I reached out to distributors and we had a number of offers immediately, so, I decided not to devote the time and money to festivals.  Even though festivals are a great way to build a fan base.

And finally, your favourite horror movie?

I still like the classics like “The Exorcist,” and “The Shining.” I like “The Conjuring” movies.  But, I was blown away by “Get Out,” which really redefined what horror can be.