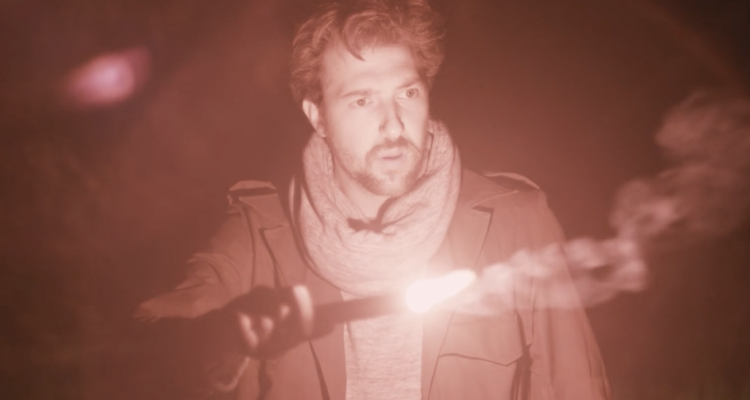 After an unknown cataclysm, Adam (Alex Knapp) is alone. The sole inhabitant of a vacant, unchanged world, or so he thinks. While attempting to stay grounded in the desolate landscape, visions come to him—the fateful night his best friend Kyle (Nore Davis) introduces him to the love of his life, K (Olivia Luccardi).

As Adam’s mental state starts to unravel, he is plagued by lingering questions and uncertain realities about his world. His grip on what’s left starts to slip away—sending him spiraling towards a series of unforeseen consequences and unexpected truths.

How are the holidays treating you, sir?

Hey, they’re good, thank you. Always a bit of a stressful time, and this year seems a strange combination of more stress but also more down time. An interesting mix.

Are you in L.A? Has the pandemic affected your career?

I’m actually in the Hudson Valley of New York, just a few hours north of NYC, but I do a lot of work out of NYC and the pandemic has absolutely had a huge effect. I would normally be back and forth from the city a few times a month for projects and meeting with clients/colleagues, and really so much of that has been halted. I run an independent production company (A+M CREATIVE), and obviously with all of the shut downs and fear of unsafe working conditions a lot of projects have been postponed and or outright cancelled. It’s been a challenging time for sure, but everyone is in the same boat and you find ways to stay productive and attempt to keep working where you can. It’s been a lot of zoom meetings and remote editing with various clients.

What about release plans for GO/DON’T GO – Any effect?

Yes, definitely. We we’re right in the middle of our festival run – which was shaping up nicely, and really a pleasant surprise with how many festivals we got accepted to, and then the middle of March happened and things took a bit of a turn.

As an indie film being able to play festivals in person is a massive part of the process when seeking distribution. It’s also usually seen as some sort of light at the end of the tunnel after spending years on a passion project like this. Everyone is super excited to network, publicize the screenings, and show the film in-person. Unfortunately, with the rise of the Covid pandemic a lot of festivals cancelled, postponed, or went completely virtual – which definitely hampered our plans to engage with people in the industry and market our film in those situations.

There were a few dark months there where we felt the momentum we had built for the film was lost and possibly not recoverable. Luckily a colleague who was helping us market the film during our festival run, Kyle Greenberg of Circle Collective, introduced us to Andrew Van Den Houten and Han Soto of Kamikaze Dogfight, and Max Gardner our producer sent them a screener and kind of started the discussion of a distribution relationship.

Before the pandemic we even had a few other distribution offers on the table. Those were unceremoniously yanked when the first full shut-down happened, which kicked off the pandemic for us. It didn’t necessarily put us in the best state of mind going into quarantine, ha. But ultimately everything worked out, it just took a bit longer and more of a winding road to get there. 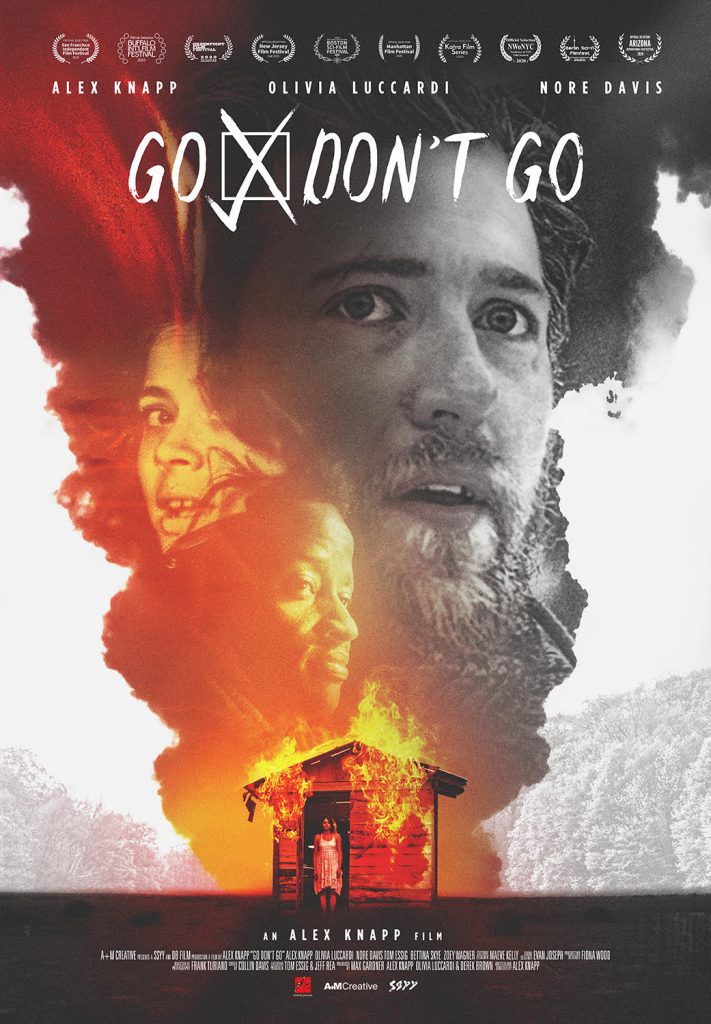 Would you say GO/DON’T GO is similar, in tone, to any of the projects you’ve acted in before?

It’s definitely not similar in tone, and that was kind of by design on my part. Interestingly enough I come from a comedy background, studying sketch, improv, and standup for years, and ultimately acting in multiple indie comedy films. I was really looking to prove that I could create and act in a more dramatic role, and wasn’t really convinced those would be offered to me given the projects I had been in previously. There was a part of me that felt like comedy was a bit limiting as far as what I could do visually and in a performance, and in a sense for me personally, it felt a bit like growing up, or just growing creatively.

Though a sci-fi film, it’s one of the most unique ones to come along in a long time. Can you tell me about some of the influences on the script?

Yeah, thanks – unique is good! The idea for the film and the script definitely came from a personal place. Just some of the emotions and feelings I was working through at the time, some of the genesis ideas coming to me in a strange dream/nightmare one night. Isolation, longing, feeling stuck, getting over a past love – things like this.

But I also wanted to make a unique and strange – kind of artsy and opaque sci-fi film. I looked at all of these “last man alive” sci-fi actions films where the hero saves the day, and thought “what if the last person alive doesn’t have a plan, and can’t even save himself?”

The hope is by the end of the film your less concerned with “what happened to everyone” and more feeling the emotional impact of this character’s journey.

But did you sit down and watch any classic, similar films beforehand?.. for whatever reason?

Yes, 100%. We had a long list of comp films and inspirations. Basically, a bunch of films for every aspect of the film and story, both visually and narratively.  I watched a lot of post-apocolyptic isolation movies, things like The Road, and specifically The Rover was a huge influence (obscure I know). But I also dove into some stranger more esoteric kind of “art films”.  Things like Sántántangó by Bela Tarr, specifically the scene “Girl walking with her dead cat”, and Gerry by Gus Van Sant – essentially movies where most people would say “nothing happens”, those I found super interesting. And then in the edit process we found even more inspirations, films like Upstream Color by Shane Carruth we felt were edited in a super interesting and non-conventional way, and we wanted pieces of that in our film.

‘Go/Don’t Go’ will be released on digital and cable VOD platforms on January 12, 2021