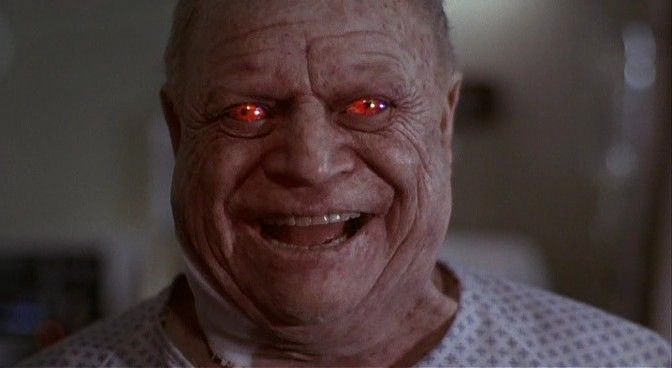 Despite being a little long it’s fun and sexy, and it’s available for the first time widescreen and uncut!

Plot: Marie is a vampire with a thirst for bad guys. When she fails to properly dispose of one of her victims, a violent mob boss, she bites off more than she can chew and faces a new, immortal danger.

Review: A sexy French vampire named Marie (Anne Parillaud from La Femme Nikita) cruises around the streets of Pittsburgh, looking for her next meal, when she decides to take a bite out of the Italian mafia. Her first kill goes off without a hitch, but when she goes back for seconds, she makes the mistake of going after the mob boss Sal Macelli (Robert Loggia), whose death she botches. He comes back to life with an insatiable hunger, and begins turning his whole crime family into powerful bloosuckers, which creates chaos in the city. A clueless cop (played by Anthony LaPaglia) is caught in the middle of the whole mess, and against his better judgment, he falls in love with the sexy vamp, even while she’s jumping off buildings and ripping throats out! It’s up to them to save the city from becoming a cesspool of blood sucking ghouls.

Always an underrated gem in my book, Innocent Blood bombed at the box office but has aged incredibly well over the years. I remember seeing this movie on VHS when it first made it to home video and it has a charming, sometimes hilarious sense of humor, thanks to John Landis’s direction. Fans of movies in general will get a real kick out of it, and the special effects by Steve Johnson is very impressive with an incredible burning sequence that has Don Rickles disintegrating on a hospital bed. And a big bonus is Parillaud’s super sexy performance as the lead heroine, and you’ve got a heck of a good time.

Long available only on a crummy full-frame DVD presentation, Innocent Blood is finally available to own on Blu-ray in high definition, courtesy of the Warner Archives division. Presented for the first time in an uncut international version and in widescreen (1:78:1), the movie is finally available in its intended format.