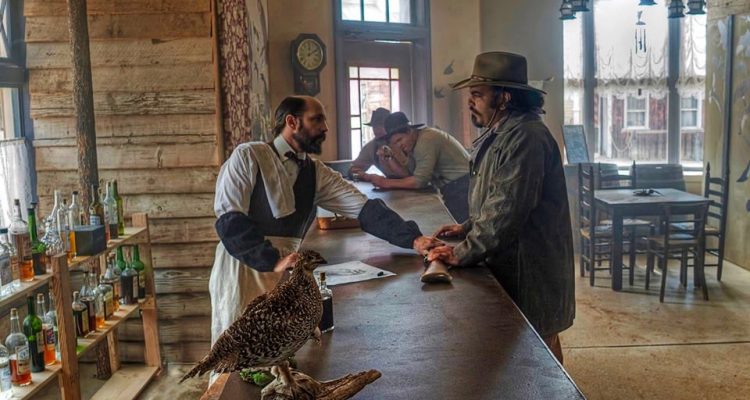 Tombstone-Rashomon is an interesting idea as it tells the Tombstone story in the style of the Japanese classic Rashomon where we see history from several perspectives including that of Wyatt Earp, Doc Holliday, Kate, Ike Clanton, Colonel Hafford and Johnny Behan.

I’ll be honest and say it’s not the most exciting watch as it’s mostly just “interviews” with the players listed above and it maybe would work better as a stage play than a movie; it’s still nice to see an alternate take on the OK Corral showdown where everything perhaps didn’t go quite as history remembers.

It’s very well acted with Eric Schumacher shining as Doc Halliday; I always think actors must love playing such a larger than life character as Doc although none will ever beat Val Kilmer as far as I’m concerned.

I also thought Jesse Lee Pacheco has real screen presence with a great voice, so I see him going places in his career.

The costumes all looked authentic and the slowburn pacing works for the genre; Westerns are meant to be deliberately paced as it lets you get immersed into the story.

The language and dialogue delivery felt authentic too with a few choice moments of humour.

Overall, there isn’t much else I can say about Tombstone-Rashomon as it mostly involves the cast being interviewed about the events of the OK Corral; it’s still an intriguing watch and refreshingly different so I recommend checking out at least once.