Plot: Strangers awaken in individual holding cells with no memory of how they arrived. They realize if they don’t acquire enough online “likes” in a timely manner, they’ll die horribly at the hands of a sinister executioner.

Death Count is very much a horror movie for our times involving a group of people who wake up chained in cells; they are told that they will have to play a game and get as many “likes” as possible… or else.

It has a first rate cast including Michael Madsen, Costas Mandylor, Sarah French, Devanny Pinn and Robert LaSardo. Admittedly LaSardo is really more of a cameo but he is always a welcome addition to any cast as is modern scream queen Devanny Pinn.

It has some gruesome practical effects and is not for the squeamish however, if you’re watching a movie called Death Count then you’re likely not expecting You’ve Got Mail. It wastes no time getting going moving at a (literal) breakneck pace and the constant threat of brutal violence keeps you on the edge of your seat. Its reminiscent of the Saw films in terms of tone (and also has Costas Mandylor as an evil mastermind) so it isn’t anything especially new but if you’re a fan of that franchise then you’ll love this.

Overall, Death Count is a gruesome but fun ride with wince inducing gore and a winning cast making it a must-see for horror fans. 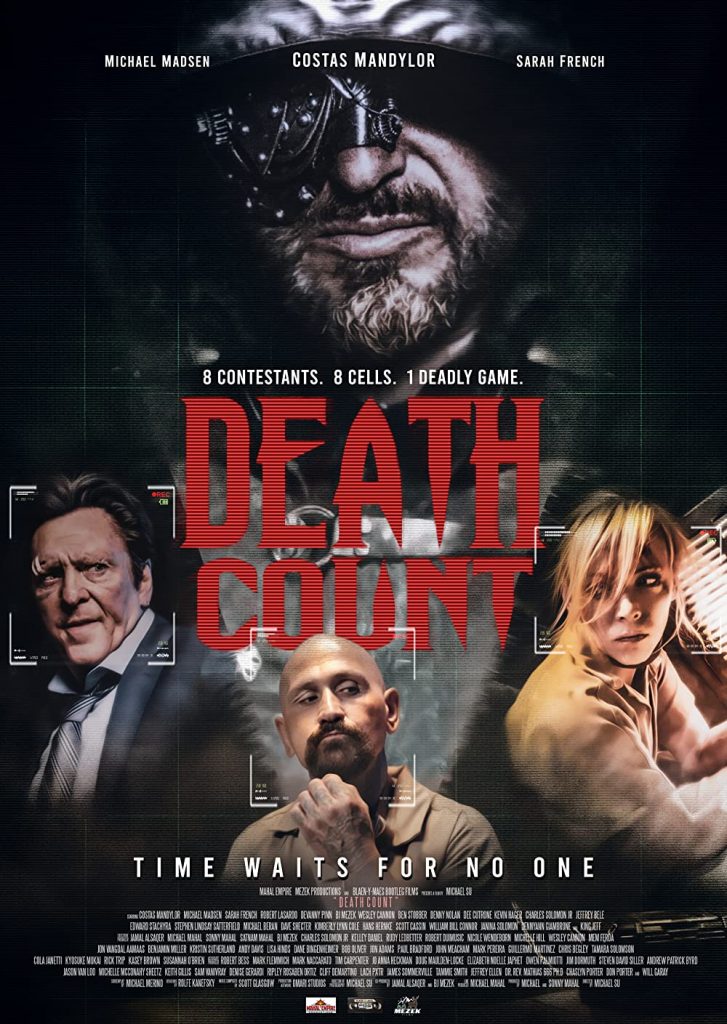