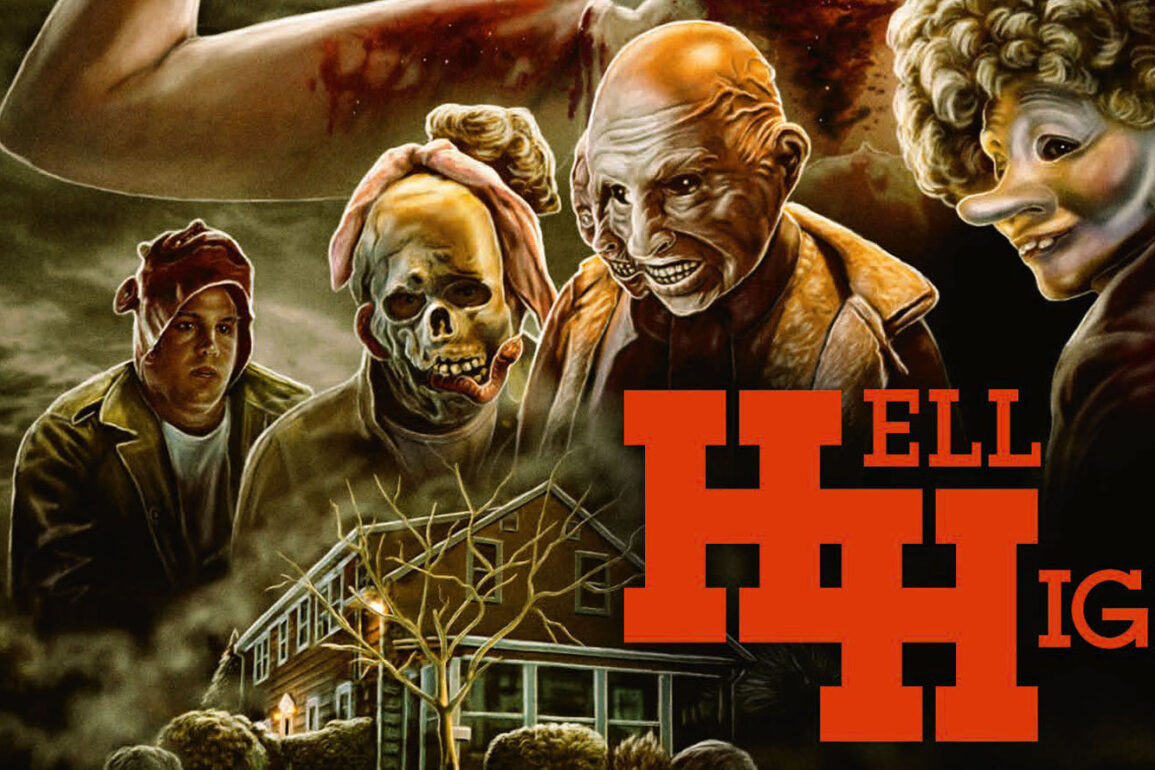 This isn’t just a run-of-the-mill slasher film, no, this is a cut above the rest.

A group of friends in high school sadistically prank a teacher who has severely repressed violent memories that are unearthed … and unleashed!

Dickens (Christopher Stryker who passed away of AIDS two years before this movie was finally released) and his science teacher Miss Brooke Storm (Maureen Mooney) hate each other equally. Each class session is like the Duel of Fates with two arch nemesis warriors clashing on a daily basis. Dickens and his “yes” men follower buddies Smiler (Jason Brill) and Queenie (Millie Prezioso) make a new friend in the disgraced school football team quarterback Jon-Jon (Christopher Cousins) who joins them because no one else in school will have him. After completely ruining the big football game in a historically amazing prank, Dickens and his pals ride over to Miss Storm’s house and not only spy on her taking a shower, but they go to the nearby swamp (which has a legend of a couple of killings from over 20 years ago), collect buckets of slime and go back to Miss Storm’s house where they put on scary masks and proceed to terrorize her in a relentless gag that culminates in a deadly serious situation where Dickens is about to rape her. The rape doesn’t happen, but the prank is serious enough to put Miss Storm through the emotional ringer, triggering her to enter a state of psychosis, dredging up an old repressed memory of when she was a child and accidentally caused the deaths of two young lovers in the swamp, forever scarring her inner psyche. When Miss Storm’s fury is unleashed, Dickens and his friends will have the night of their lives as they go up against an unhinged psycho killer out to get them!

Hell High is a special slasher film for a number of reasons, one of which is the central performance by star Stryker, whose life was sadly cut short before he had a chance to spread his wings as an actor. He’s such a dynamic actor here, and he reminds me of Kevin Bacon on his best day, and his performance in this film is something else. He’s clearly had star power and it’s such a shame we never really got to see him do anything else. The movie has a sense of shock and dread to it, and right from the first stunning scene where an innocent little girl causes a horrific (and graphic!) accident, the movie sets up a series of events that are quite believable, and so when the killings start later on, the movie has earned it. This isn’t just a run-of-the-mill slasher film, no, this is a cut above the rest. Director Douglas Grossman never directed another film before or since, which is strange because he did such a commendable job with this one.

Arrow Video continues on with their superb streak of ’70s and ’80s slasher film releases with Hell High, and this edition is presented in a stunning new 2K restoration and comes with a wide array of special features.