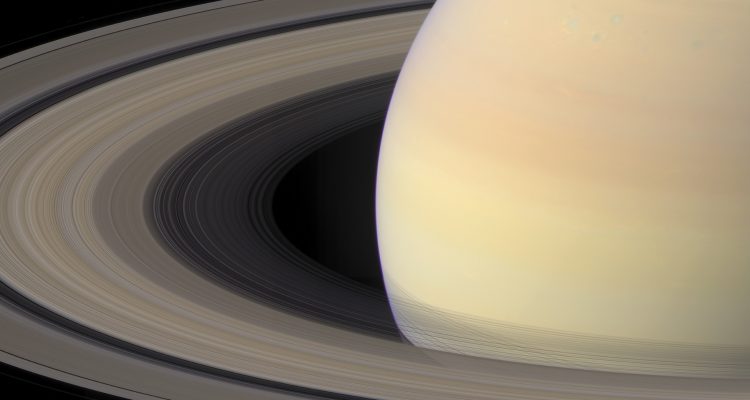 In Saturn’s Rings is a stunning documentary giving us a rare look at one of the most beautiful planets in our galaxy. Even the most ADD addled brains should find something to enjoy.

Plot: In Saturn’s Rings is a groundbreaking giant-screen adventure that takes audiences on a journey of the mind, heart and spirit, from the Big Bang to the awe-inspiring rings of Saturn.​ Over 7.5 million mostly unseen real images from the Cassini-Huygens Mission to Saturn, Sloan Digital Sky Survey, Hubble Telescope Milky Way time lapses, and more are brilliantly brought to life in this ground-breaking epic immersive journey across space and time. From the earliest images after the Big Bang, to the final photographs Cassini took before plunging to its end in Saturn’s clouds, In Saturn’s Rings, like space exploration itself, is a journey of the heart, mind and spirit that moves audiences with some of the most amazing space images ever seen. In Saturn’s Rings is unique as it uses no computer-generated images. Instead, the film painstakingly employs multiplane photo animation created entirely in Adobe After Effects with image processing by over fifty volunteers in Adobe Photoshop, GIMP and custom Java/ImageJ programming tools.

Review: In Saturn’s Rings is a visually stunning documentary that gives us and immersive look into our galaxy’s most fascinating planet using old-school animation techniques and photos. That may not sound like the most exciting way to spend 40 minutes but I can assure you it is worth it.

Narrated by Star Trek: TNG’s Levar Burton, he guides us on this journey as we are shown images the like of which we have never seen. The documentary also talks about how we as humans have forgotten to look up; by creating so much light we have practically blocked out the stars which left me feeling kind of sad but gave it an extra poignancy.

It will genuinely transport you to another world and like the plot says is a journey into mind, heart and spirit; I found it very calming to watch and I wish I could see it on the IMAX screen as that’s how it is meant to be views and would be truly breathtaking.

Overall, In Saturn’s Rings is a stunning documentary giving us a rare look at one of the most beautiful planets in our galaxy. Even the most ADD addled brains should find something to enjoy.