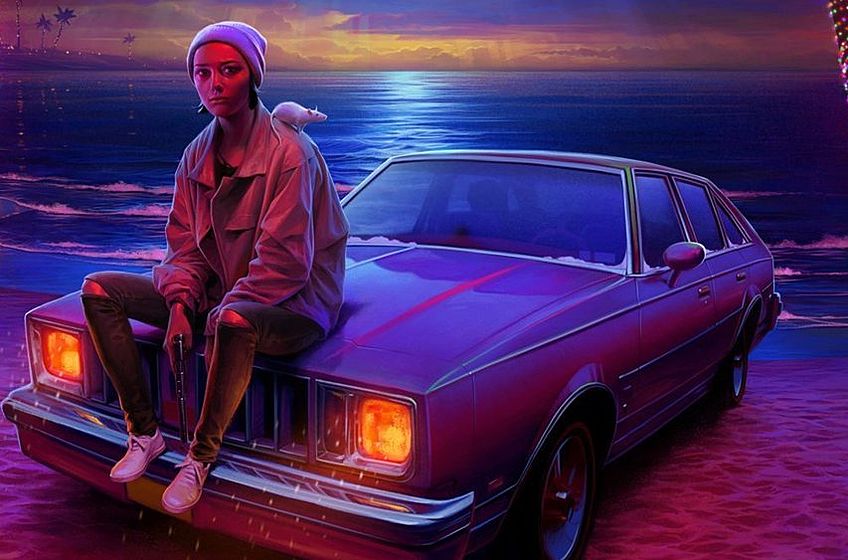 Definitely not for everyone, Like Me is a unique experience, meant for the brave and the bold.

Plot: A young woman sets out on a crime spree that she broadcasts on social media.

Review: A sociopathic loner named Kiya (Addison Timlin) is on the verge of a breakthrough: She takes a camera and films herself doing incredibly dangerous things like holding a gun to the head of a store clerk as he begs for his life. Her breakthrough comes when she realizes that the thrill of her actions pumps up her “likes” on social media, and she gets worldwide attention the more cruel her posts. She also comes to realize that she is so disassociated from the rest of humanity that she has an incredibly difficult time relating to humans. Her pet rat (which she never names) is her companion in her path to self-destruction, and when she kidnaps a lonely, heartbroken motel owner (played by Larry Fessenden), she takes him on a trip to nowhere, which might be the place where she finally decides to commit murder. As internet trolls push her and influence her to make her decisions, she completely combusts into a heartless, soulless vessel, intent on destroying not just herself, but those who encourage her to keep going.

A strange, stylish exercise into vapidity and loneliness, Like Me reminded me of Ingrid Goes West, but just imagine if Ingrid had a gun and a deadly mission to destroy. Writer / director Robert Mockler made an affecting little movie here: I’ve never seen anything quite like it in style and tone, and it left me feeling sad and conflicted. Knowing that there are people out there like Kiya is a profoundly sobering thought. Definitely not for everyone, Like Me is a unique experience, meant for the brave and the bold.

Kino Lorber’s recent Blu-ray release of Like Me has a making-of documentary, a photo gallery, and trailers.