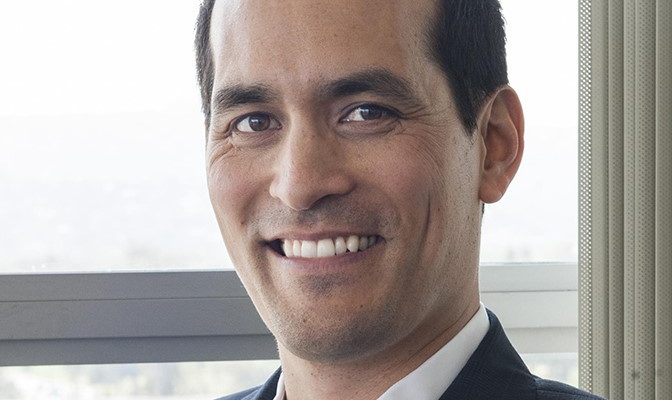 Filmmaker Ian Truitner talks about his love letter to sci-fi, Beyond the Trek, which stars ‘80s icon Michael Nouri (The Hidden).

You’ve got to be an old school sci-fi fan to want to even do this film, I imagine?

Absolutely. There’s some awesome newer Sci-Fi out there as well, but my influences are definitely the old school guys like Ridley Scott, Terry Gilliam, Steven Spielberg, John Carpenter and James Cameron.

Would you say your film is more old school Trek or new-school Trek?

Old Trek was about expanding our minds and challenging the way we see the world, frequently favoring the intellect over spectacle. So I’m firmly in that camp.

How did you get Michael Nouri on board – so to speak?

He’s a friend of my wife, who is also the costume designer of the Beyond the Trek. He doesn’t just take everything offered to him though, so he obviously responded to the script favorably as well. Michael is a phenomenal guy, great to work with.

What kind of work did he have to do to get into the role?

We had meetings before and he was very studious, asking a lot of questions to get his mind wrapped around the character.

Anything he struggled with?

There was a lot strange blocking in one of his scenes the first say, where he had talk to people that weren’t physically there (lines read to him from off-stage by the script supervisor). Michael is a total pro though, so after a couple takes he nailed it.

What kind of direction did you give him?

Mostly just blocking directions. By the time the camera was rolling he knew the role much better than I did.

Indie films are always harder to craft than they look. Any hiccups along the way?

In order to make our schedule we had to shoot the entire film in 16 days. Thanks to an amazing cast and crew we pulled it off.

What about physical injuries? Ever had anything go wrong on a set?

Lance Broadway, who plays Commander Linden in the film, had a confrontation with a door. Lance was a former Major League 1st round draft pick by the Chicago White Sox, a flame throwing southpaw. Suffice it to say, the door was on the losing end of that battle.

Is sci-fi in a healthy place right now?

Yes, I think it’s found a great niche in TV series, with shows like Stranger Things and Westworld leading the way.

If you were booking Beyond the Trek for a drive-in, which movie would you have it play with? What would be the perfect double feature support feature for it?

Great question. I think something like Scanners, The Thing or They Live along with lots of junk food would be awesome.

Beyond the Trek is now available on VOD