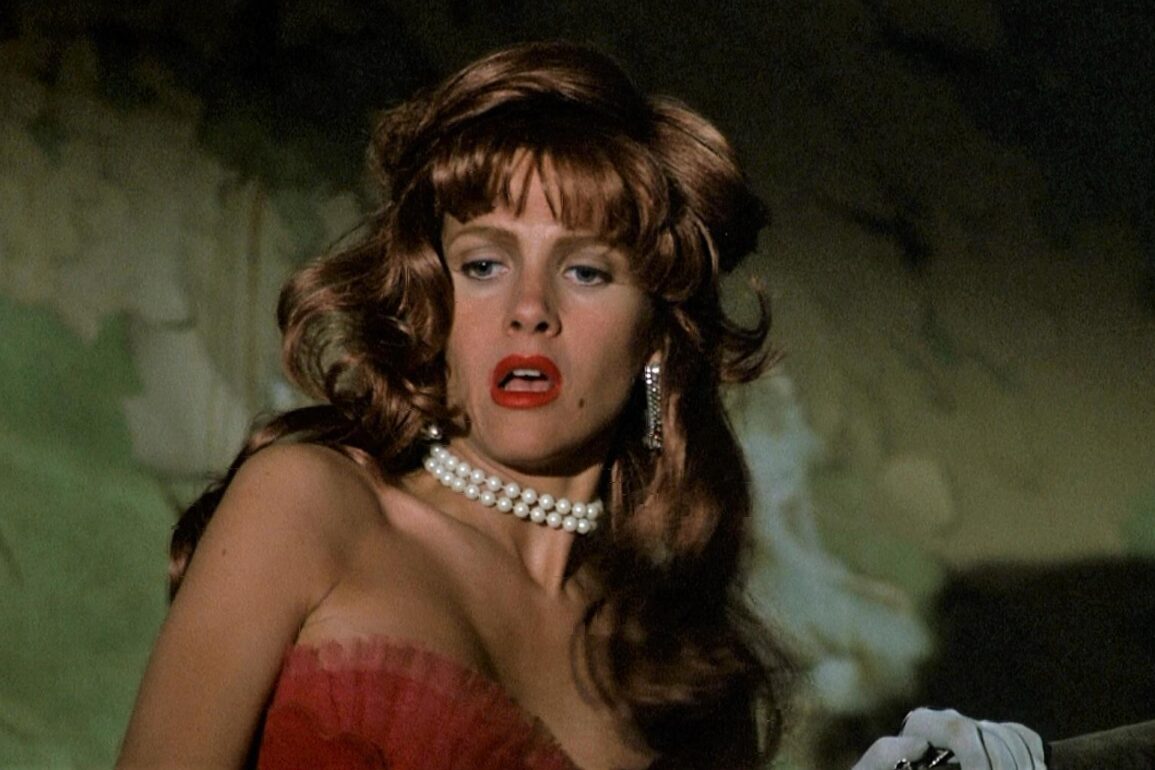 I, Madman is an entertaining horror film that has a good cast, a great atmosphere at times, a unique story and is well-directed making it well worth checking out.

Plot: Beautiful bookseller Virginia (Jenny Wright) fosters a growing interest in the works of reclusive novelist Malcolm Brand (Randall William Cook). After much fruitless searching, Virginia finally receives a package containing Brand’s recent book, “I, Madman,” about a deranged doctor spurned by a beautiful woman. But, as Virginia devours Brand’s latest offering, she begins to have chilling visions of characters from the book — and the line between fiction and reality grows terrifyingly thin.

Review: Here’s one that I’d never heard of until fairly recently and the premise sounded intriguing enough to see it.

Well, I can say that I, Madman is easily one of the more overlooked and underrated films from the 80s. Not only does it have a unique premise that felt fresh and creative at that time. It also manages to incorporate homages to films like Nosferatu but subtly does that throughout.

Jenny Wright plays a likable lead who is very sympathetic throughout, Clayton Rohner is also solid playing Wright’s boyfriend who’s trying to investigate these murders, however, Randall William Cook was the big highlight here playing an intimidating villain who’s very reminiscent of The Phantom of the Opera, particularly with his look but still manages to make it his own without making that feel like a straight rip off.

Tibor Takacs showcases here just like he did in The Gate that he can handle the suspense and atmosphere of a horror film, particularly during certain scenes that didn’t resort to cheap jump scares which can be aggravating.

The only real big nitpick for this is the ending feels a bit rushed at times, but aside from that there weren’t any other issues.

Overall, I, Madman is a solid horror film that has a good cast, a great atmosphere at times, a story that was fairly unique at the time, and is well-directed, especially for this kind of film.