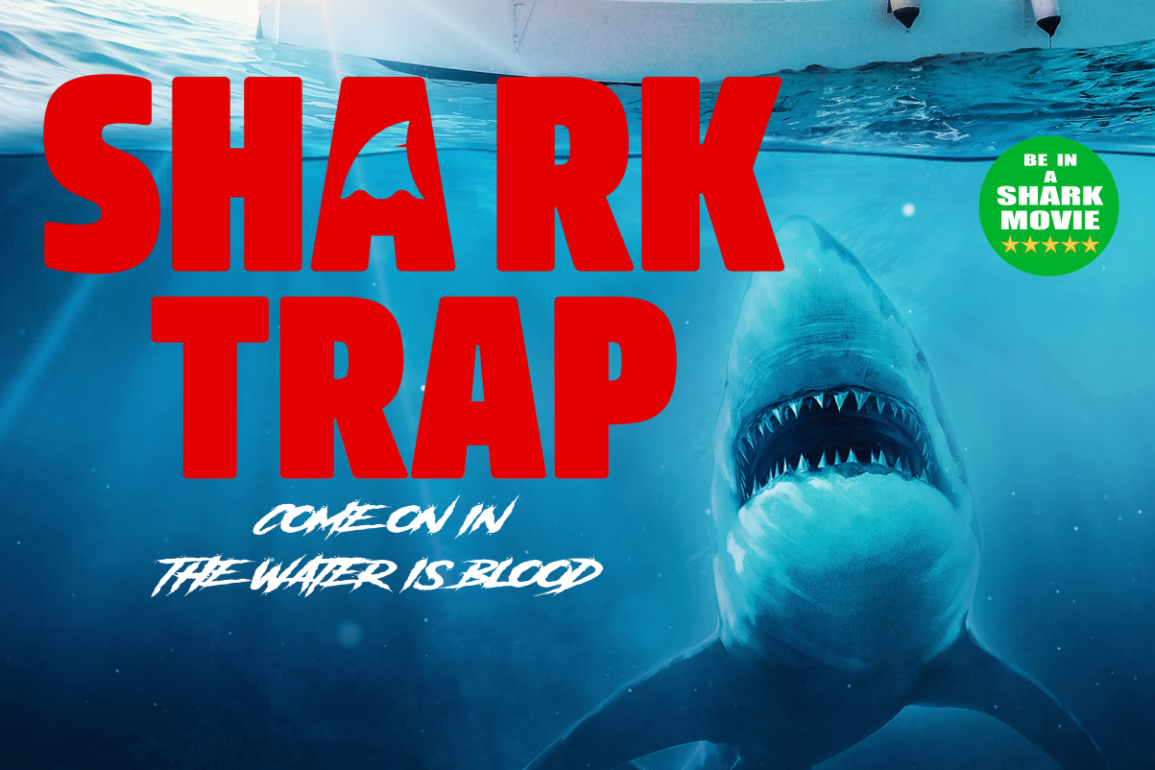 Come on in, the water’s blood! CASPER VAN DIEN caught in SHARK TRAP!

Bearfruit Films have launched an IndieGoGo crowdfunding campaign to raise coin for post-production and CGI shark effects on their next pic SHARK TRAP.

Every summer, the little island town of Ocean Point stirs with new life and pleasure-seeking vacationists. And where there is life, there is also death. At Jenkins bait store, Teagan Porter yearns to get off the island. Thatch Haley, a local guy attempts to woo her but she considers him like a meme for unmotivated island boys and he’s not a member of the Yacht Club. He invites her to the resort beach. She obliges because it is a hangout for the rich summer elitists, headed up by Rick Carlson and Pamela Bradford. Pam’s father is opening up a water park against the wishes of the local islanders. When some of his nefarious business dealings leave a dead body in the water, it draws a shiver of sharks to the area. The flurry of opening day patrons, never saw the terror coming. The amusement park becomes a feeding ground for a great white shark. Trapped on the rafts, Teagan and the group must fight for survival while being terrorized by the great white. Can they reach the mainland and escape their floating coffins?

So, what are you waiting? By contributing, you can:

All of the filmmaking teams films have reached great distribution from Walmart exclusives to streaming on Netflix, Apple Itunes, and Best Buy, and the films have been on all major VOD platforms.

FIND OUT MORE ABOUT THE ‘SHARK TRAP!’ CAMPAIGN :
https://www.indiegogo.com/project/preview/d2880f2f?fbclid=IwAR1bBNc800xY_IX-XTTHnVOv-UzltmUN5RJQZDg-oZXXG4-E-3dY5a0qL7E#/