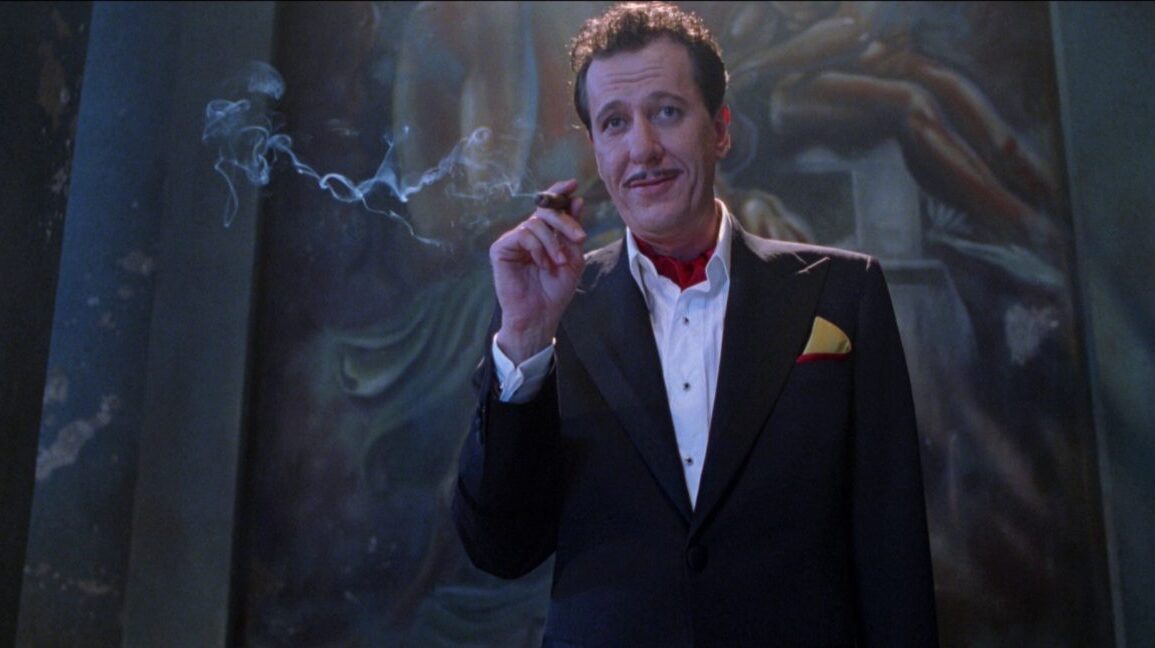 House on Haunted Hill is a great example of a remake done right; it captures the spirit of the original but gives it a modern twist.

Plot: An amusement park mogul offers a group of diverse people $1,000,000 to spend the night in a haunted house with a horrifying past.

Review: This has always been one of my favorite horror remakes, I actually do put it up there with the likes of John Carpenter’s The Thing, David Cronenberg’s The Fly and The Blob.

There are many reasons why I’ve always loved this one, first the cast in this are all great especially both Famke Janssen and Geoffrey Rush who who are a lot of fun to watch when they are on screen. One big surprise for me was Chris Kattan who I’ve always enjoyed on SNL, but he’s actually pretty serious in this one(with some comedy thrown in there.), so it was refreshing to see him play a different type of role than what we are usually used to seeing with him.

The direction by William Malone is superb, he manages to bring the atmosphere and tension from the original, but also put his own unique spin on this, which I appreciated.

The score by Don Davis is honestly an underrated score that doesn’t get talked about, but should be.

The makeup effects that are there by KNB also work, especially in 2 scenes. I should also point out that the filmmakers were clearly inspired by Jacob’s Ladder(which is one of my favorite horror films.) with them using the jerking, twisting effect, however they only use that when it’s necessary to the scene.

My only criticism is the CGI at the end doesn’t exactly hold up, but that’s about it.

Overall, House on Haunted Hill is a great example of a remake done right; it captures the spirit of the original, but doesn’t try to copy it in any way. The cast is solid, the direction is great, the effects are good for the most part, and it has an effective score. If you haven’t seen it, definitely check this one out; it may even convince you to watch the original.