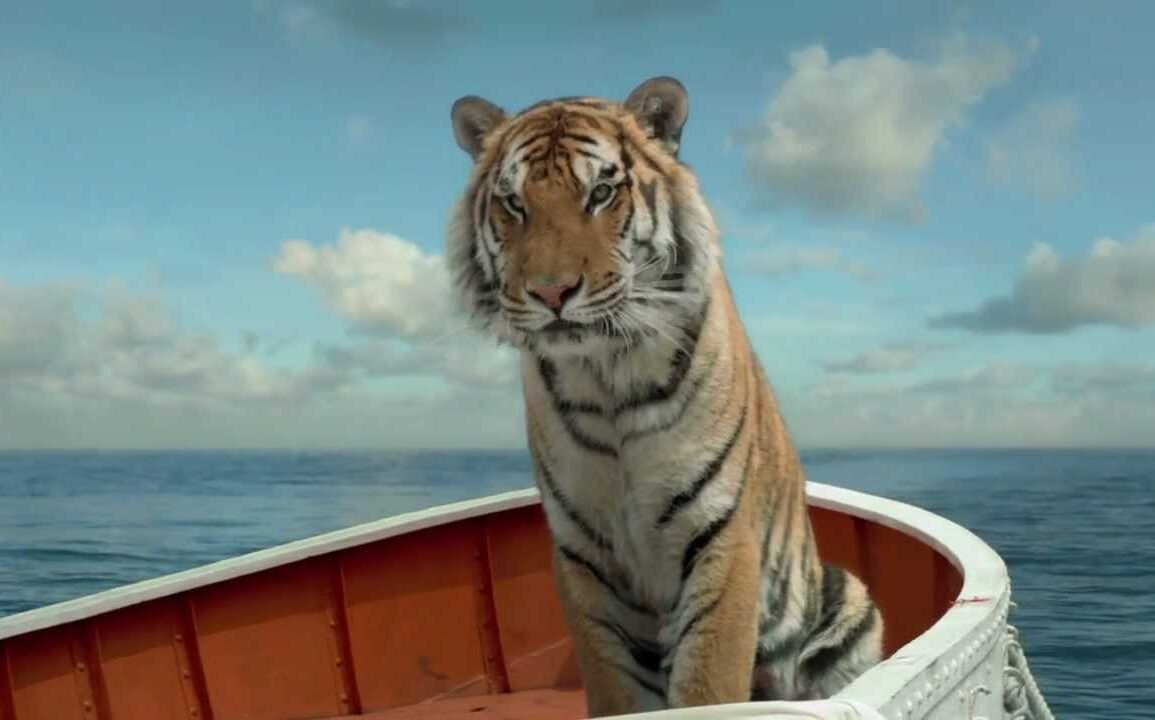 Life of Pi is visually stunning and, despite a somewhat slow beginning, has a pretty good story and features a lead character you can really get behind.

Plot: “Pi” Patel embarks on the adventure of a lifetime when he is stranded in the middle of the Pacific Ocean with only a Bengal Tiger as a companion.

Review: Life of Pi was one of those movies that I was suspicious of when released. Sure, it looked great, and it had a world-class director at the helm, but that same director was usually a little too focused on what he considered “art” for my taste (case in point – The Ice Storm – one of the most boring movies I’ve ever seen), and any film that critics fawn over can’t be that great, can it? So there it sat, unwatched on my shelf, until now, when I broke it open and threw it in the 4k player.

First, let’s get to the story. I would say for the first forty minutes, my doubts were all but confirmed. Oh, it was somewhat amusing, and all the actors were engaging, but it just didn’t go anywhere for me. I am not one of those lovers of “slice-of-life” cinema, and this was definitely heading down that road. However, when he gets stranded with the tiger after that moment, the movie just picks up and keeps moving. By the end, I found the movie really inspiring and heart-warming, and not in a cheesy way that you know was constructed just for awards season – everything just felt very genuine. I will say that it is a very good story, borderline excellent. If not for the beginning, I would give it higher marks.

Because it was a little draggy, I also thought the pacing was a little off. I wasn’t bored or anything, but damn, it was like, this happened, then this happened, and you wonder how it’s all going to connect together – and then you kinda realize it won’t. Makes you wonder why you sat through the initial forty minutes, other than to learn about the main character (who is a great character, but I don’t think you needed to devote so much time to introduce him to the audience).

What is undeniable is how great the visual effects are. The boat’s sinking was incredible, and the scenes between Pi and Richard Parker, stranded out in the Pacific with nothing around but water – outstanding. For people who don’t like CGI, I recommend checking out the tiger in this film – I couldn’t tell the difference from a real tiger, and believe me, I was looking for any sign of fakery. The stuff that happens to Pi and the tiger is all really neat and worth the slow burn leadup.

As for the characters themselves, no complaints. I did find it odd that Gerard Depardieu was only in like, one scene, and his role seems like a waste of his talent (though he did make me laugh), but everything turns out as important in the end. The important thing is, Pi himself had to be terrific (as he is the main character and by far has the most screen time) and split between four different actors, including Irrfan Khan and Suraj Sharma (who plays Pi the longest in the film), he is. A hallmark of a great portrayal is if a performer can carry a movie when they are the only human actor in it, and all I can say is, all four of the actors who played Pi were outstanding.

Overall, Life of Pi is a great adventure movie, with wonderful performances and stunning effects. Stick through the first half of the film – you won’t be disappointed.