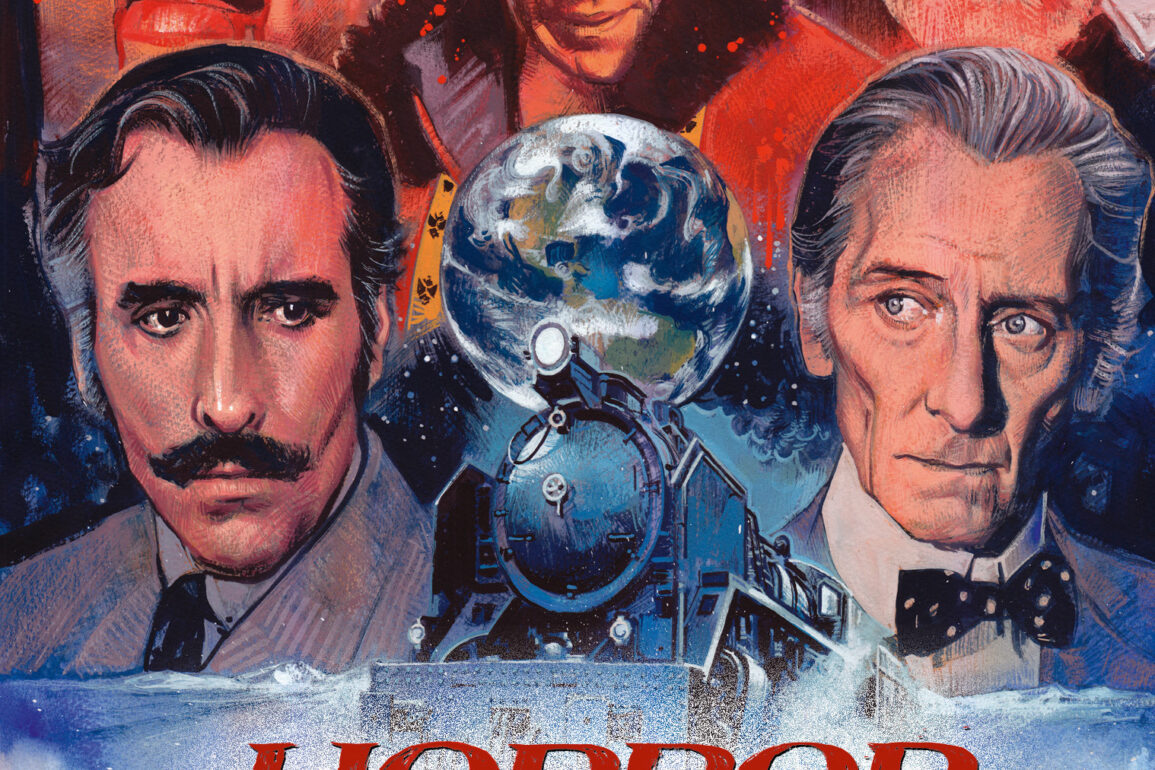 A moody, eerie sci-fi horror film that clearly seems to have inspired other major films that came later, it has a really radical monster and three good foes to go up against it.

Plot: In 1906, in China, a British anthropologist discovers a frozen prehistoric creature and must transport it to Europe by train.

Review: A cagey anthropologist (Christopher Lee) has his massive cargo loaded onto the Trans-Siberian Express Train, and the other passengers wonder what could possibly be in the huge triple-locked container. He tells them he’s found the missing link hidden in a Chinese ice cave, frozen and long dead, but as the train speeds on, his cargo thaws out and reveals itself to be a most deadly creature with an alien organism living inside of it since the ice age! The creature has telepathic powers and sucks the life out of people (like in Lifeforce) and can swap bodies and appear like anyone else (like in The Thing). The befuddled anthropologist and a doctor on board (Peter Cushing) scramble to stop the alien creature from killing them all, and when the crap really hits the fan, a Cossack raider on board (Telly Savalas) steps up and tries to face the beast …

Horror Express has aged remarkably well. A moody, eerie sci-fi horror film that clearly seems to have inspired other major films that came later, it has a really radical monster and three good foes to go up against it. The movie has a nice claustrophobic quality to it, and if you’re a fan of these types of Spanish / Italian productions from the era, then this will be right up your alley. From director Eugenio Martin.

Arrow’s great looking new Blu-ray of this title was just released, and the 2K transfer sparkles. There’s a new critics commentary on the disc, plus newly filmed appreciation supplements. There are archival features as well, and newly commissioned cover artwork by Graham Humphreys. This is a very notable upgrade all around from the old Image DVD.