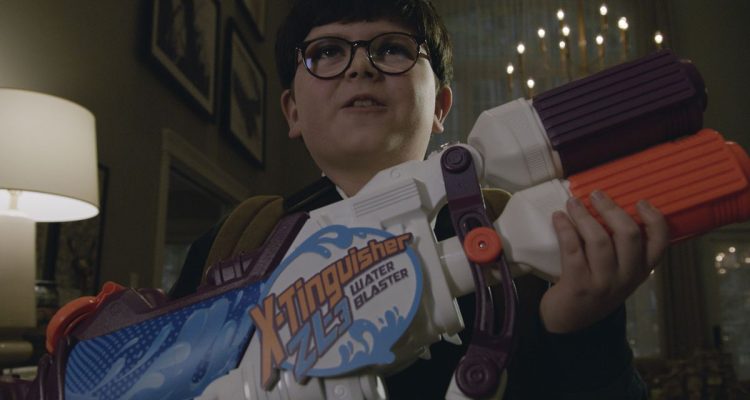 An unnecessary reboot of a beloved holiday classic, Home Sweet Home Alone lacks the charm and cast of the original.

Plot: Max Mercer is left behind during the holidays, leaving him alone in a big house full of mischief and junk food… or so he thinks. When a married couple attempt to retrieve a rare heirloom from the Mercer home, Max takes it upon himself to protect the house from the intruders – by any means necessary.

Review: In this “Golden Age” of remakes, film reboots fall in either one of these two categories: (1) a standout success that ends up revitalizing a franchise; or (2) a pointless movie that did not need to happen. Home Sweet Home Alone falls in the latter category (or casualty, really) of being a film that never should have been.

The characters fail to garner any sympathy from viewers, which ultimately fails to establish any sort of genuine connection. In this instalment, the film really leans its focus on the “home invaders” of the story, married couple Pam and Jeff (played by Ellie Kemper and Rob Delaney). Although we get insight into their lives, we never quite get past the surface level of their family relationship – especially the dynamic with their kids, who are kept out of the loop the entire time. Instead, audiences are left with their silly antics and desperate actions, despite having ample opportunity for something more on screen.

As for our heroic kid Max (played by Archie Yates), all we get from him are spoiled, bratty vibes from the start, which makes rooting for him nearly possible.

Some of the transitions between scenes were also a bit choppy and did not make for smooth storytelling on screen. It was difficult to grasp Max’s side of the family, as all we got from that end was shouting.

The Home Alone franchise is synonymous with a cozy, Christmas classic, but this latest addition is anything but. From its surface level characters to its forced narrative, Home Sweet Home Alone is an easy pass – I recommend re-watching the original movie if you want to get into the holiday spirit.