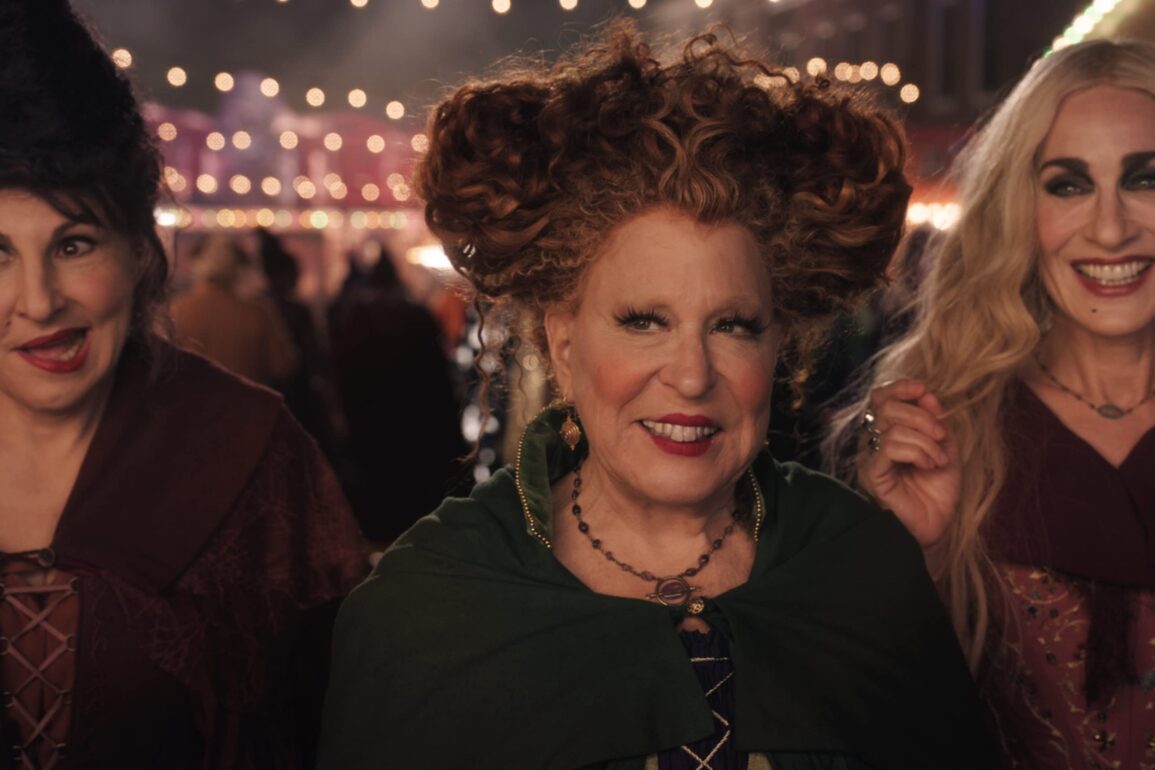 Hocus Pocus 2 is wickedly fun with the right amount of heart. This sequel is a refreshing follow up to a beloved classic – and the perfect film to jump right into the Halloween season.

Plot: After twenty-nine peaceful years since the 17th-century Sanderson sisters were resurrected, they are back with a vengeance. With their appetite for children as ravenous as ever, it is up to three high-schoolers to stop the powerful witches from wreaking havoc on Salem once again.

Review: Having watched the original Hocus Pocus years ago, I remember growing up watching this alongside beloved spooky classics like Halloweentown and Beetlejuice – just a few staples in our household leading up to Halloween. While the 1993 film was light and fun, this sequel brings all the nostalgia and more.

With Bette Midler, Sarah Jessica Parker, and Kathy Najimy reprising their roles as the Sanderson sisters, they were unsurprisingly the stars of this installment once again. Their crazy antics and dynamic were strong and enchanting as a viewer, it felt as if we had never left them – especially with the majority of the film taking place in our modern world. This brought a whole other level of comedic fun, watching the Salem witches interact and adjust to today’s society (and yes, it’s as hilariously painful as you can imagine).

This new addition to the Hocus Pocus franchise radiates the same lightheartedness you’d expect coming from a spooky family film, and provides a fresh take on the original movie – inviting old and new audiences alike. Director Anne Fletcher (Step Up, The Proposal) creatively pays homage to the 1993 film through similar atmosphere and charm, while simultaneously bringing a more emotional storyline to the table.

At the heart of it all, this is a story of friendship and sisterly bonds: perhaps the most powerful magic of all. Hocus Pocus 2 brilliantly captures this message in such a fun and enjoyable way, bringing back the same wicked sisters that you can’t help but love – definitely a must-watch for this fall season.